Thanks Joe, both for the appreciation but even more so for asking on the choice of battens.

Well, the piece was a pilot to test whether I could make a frame based carcass with no end grain showing. With an open space between the side stiles, she simplest way of providing drawer support seemed to bridge the gap with a batten glued to the rails. Loading the drawers would then tell whether this simple joinery would hold. As it turned out, it did. Later, time told that seasonal variations in relative humidity would be of no consequence.

The included photo hopefully explains why the final product wasn’t made as a frame construction. The mitred half-laps would reveal end grain, and the mitred mortice and tenon variant I thought short of glue surface. There were also worries that adding mitred concealed dovetail joints for the top would weaken the rail joints. 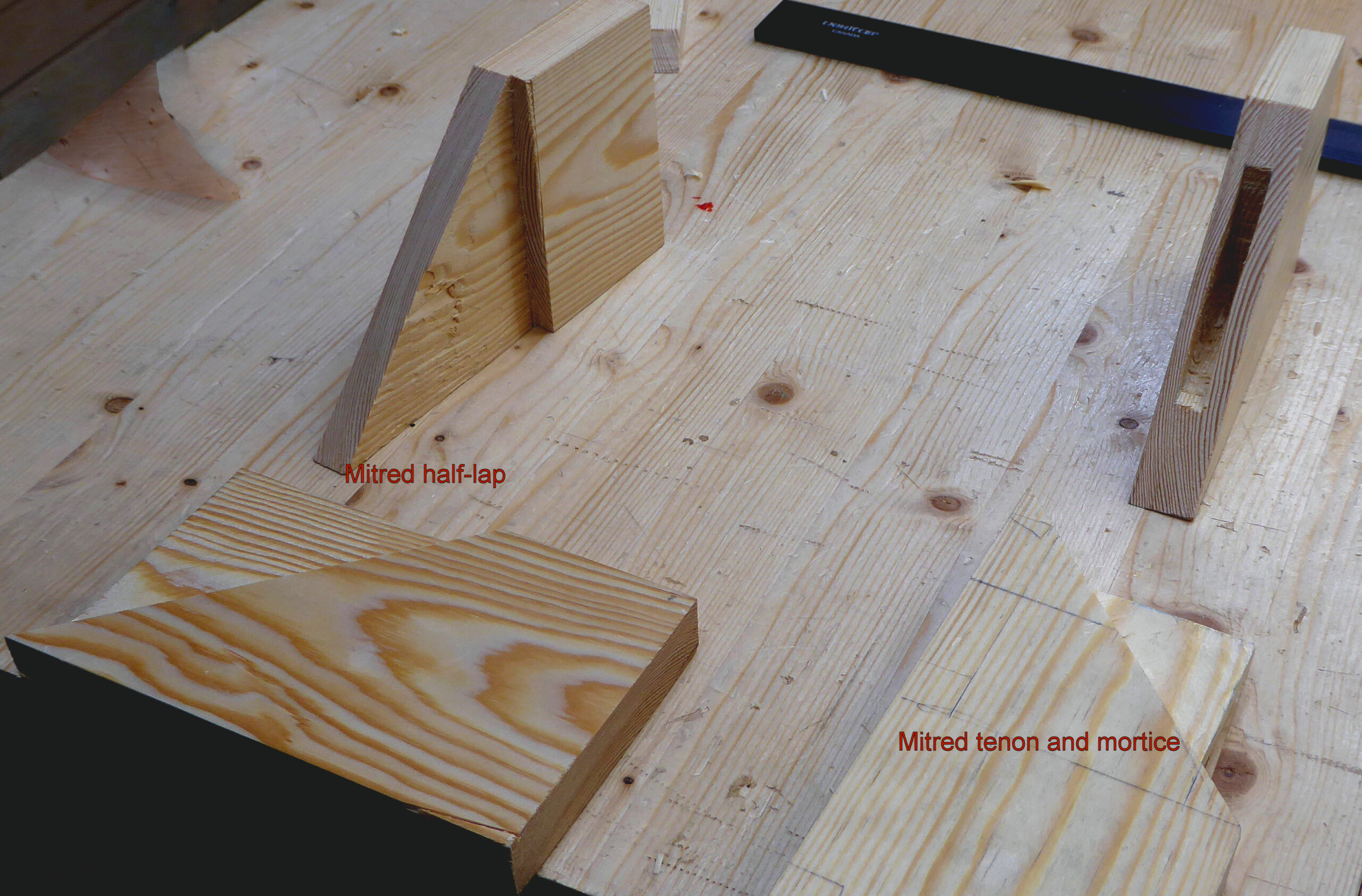 Your question made me realise that adding rails between the side stiles would not only provide alternatives for the drawer support, but would also enhance the strength of the frames, making any mitred mortice and tenon joints more stable.

Yes, I do make sliding dovetail joints, but only with the aid of a lot of guides and jigs. At least they come out less flimsy than some other joints based on grooves.