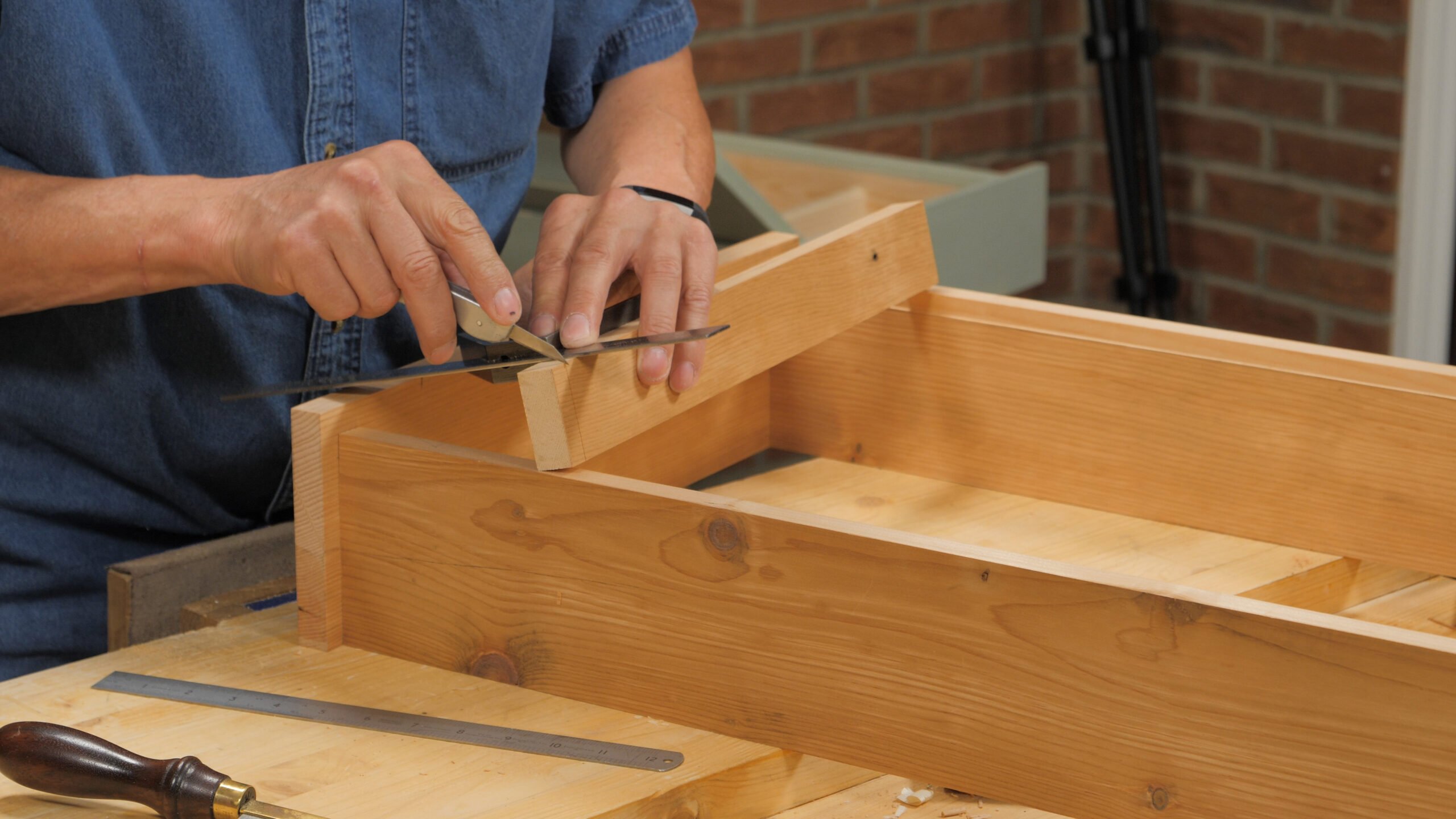 With the stock selected, Paul gets started with the main carcass of the cabinet. The first step is to rebate the grooves, then lay out and cut the housing dadoes. Then the stub tenons on the cross rails and associated mortises can be cut.