Another couple of weeks have flown by, and another impressive batch of photographs has rolled in. We have some beautiful furniture, some useful tools and even a few Christmas presents. I hope the recipients appreciate the amount of effort and skill that is going into these gifts! 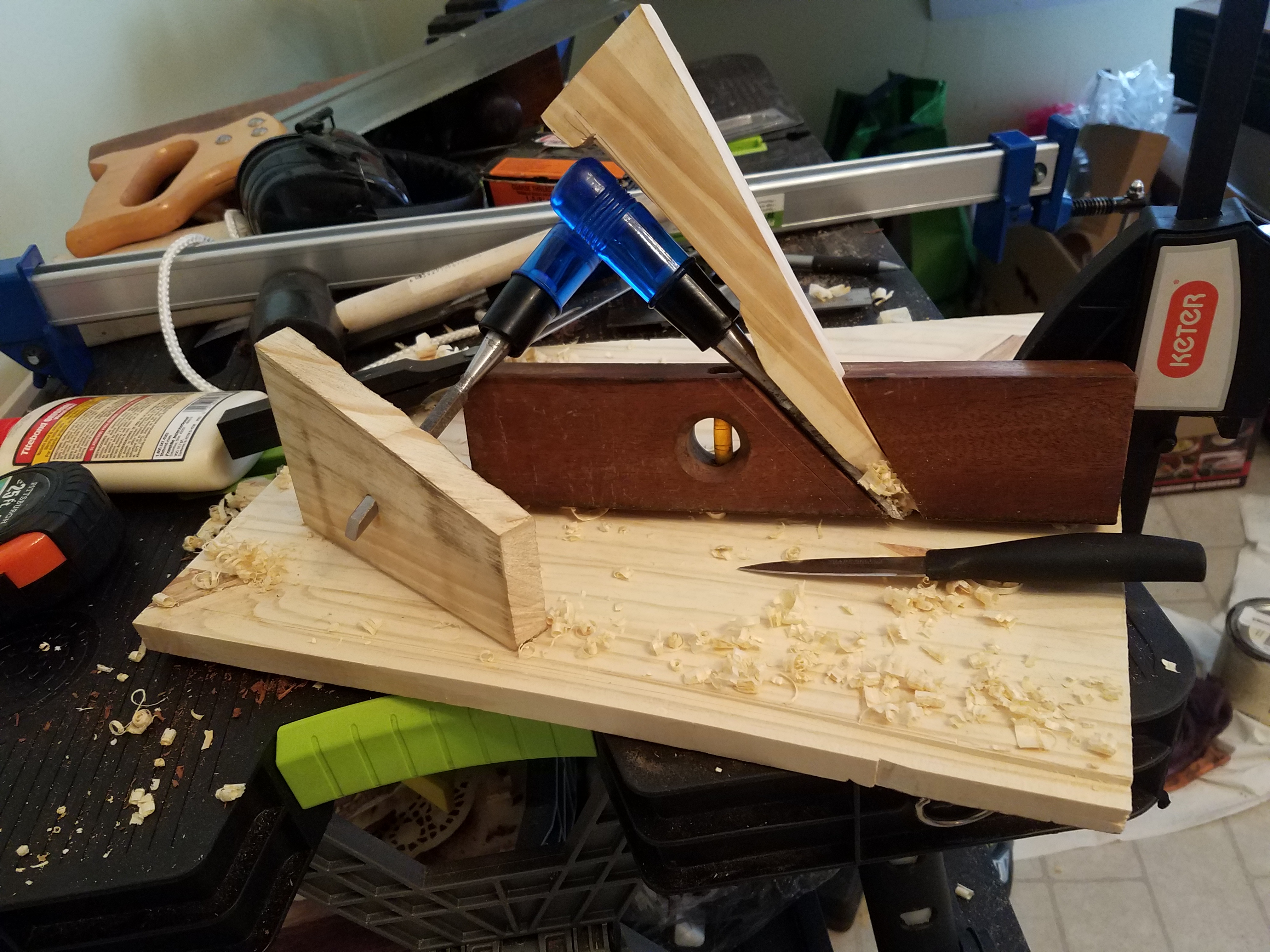 This is the first plane I’ve made. The wedge is ugly, the chisel is rusty, but boy does it work! I used a section of an old wooden level as the plane body, not sure of the wood. Maybe rosewood? Also pictured is the poor man’s router used in the project. Thanks so much to WWMC team for putting such great info out there! 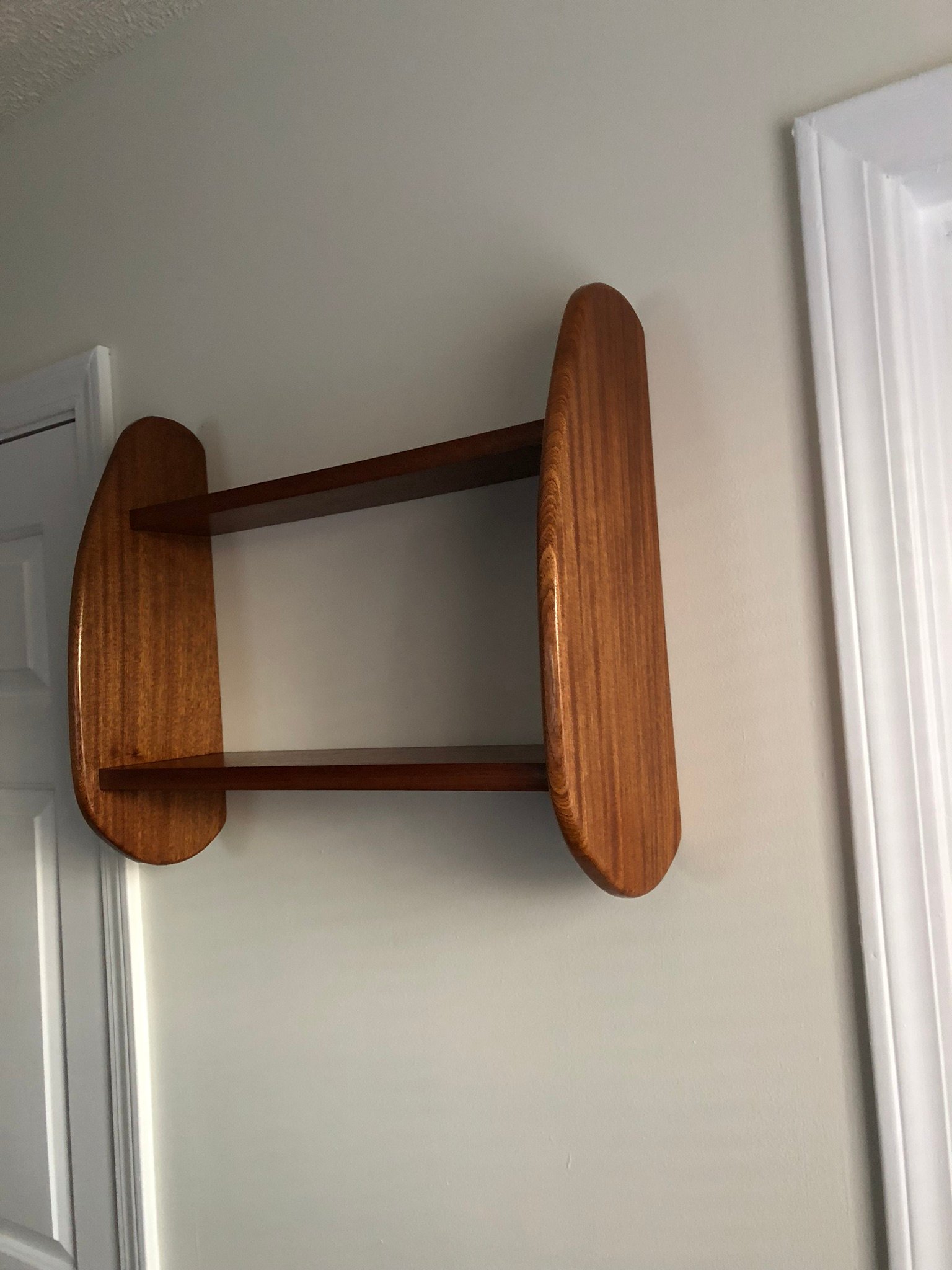 Made from sapele and finished with clear shellac 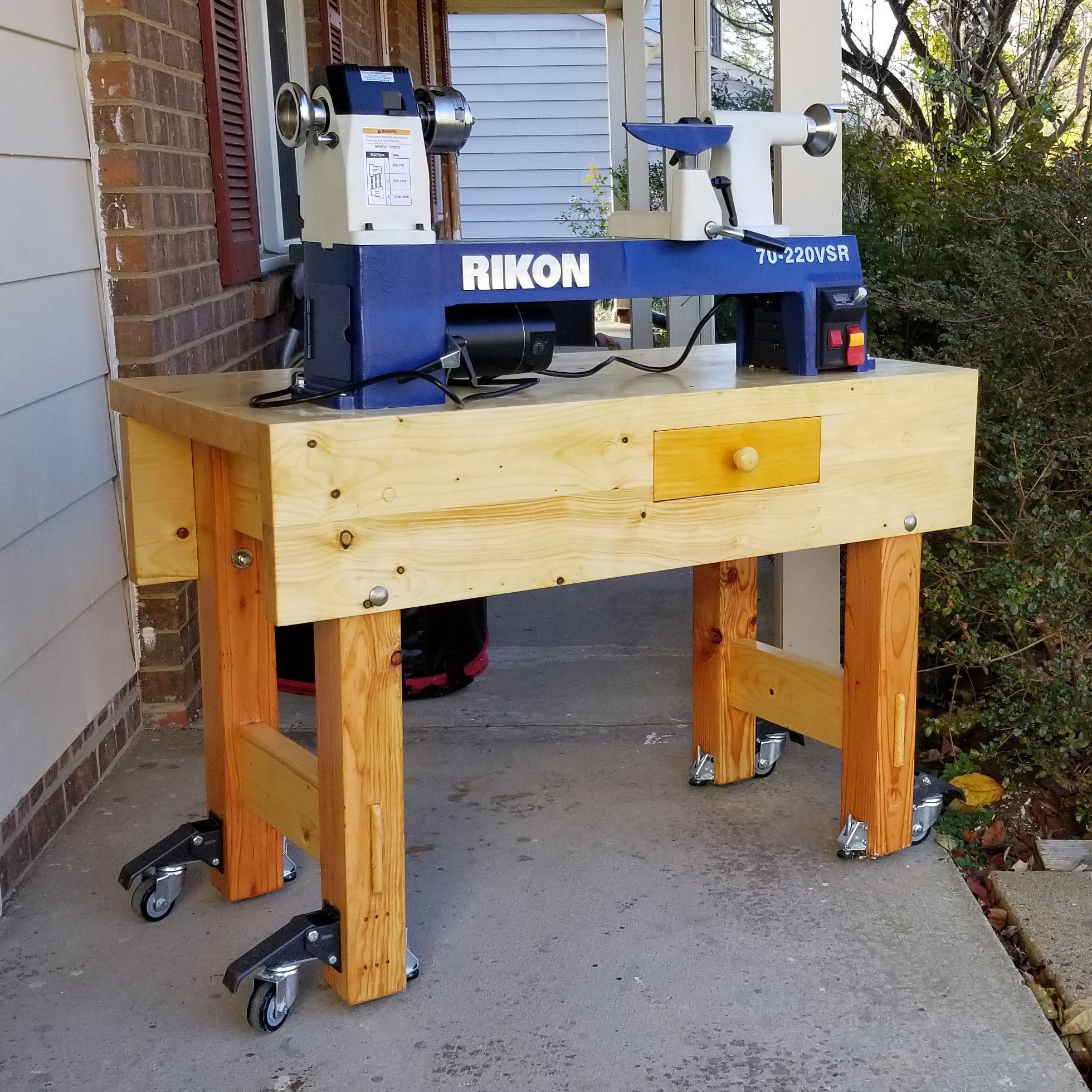 As my dear old Mom used to say, now Paul see what you made me do! I will be 79 years old next month and had never been near a lathe but Paul gives me courage. I bought a “bench” lathe but it’s too heavy to put on and off my regular bench. I made a small version of Pauls bench to solve that problem–and even turned a knob from a Russian Olive branch cut down in my back yard a couple years ago. 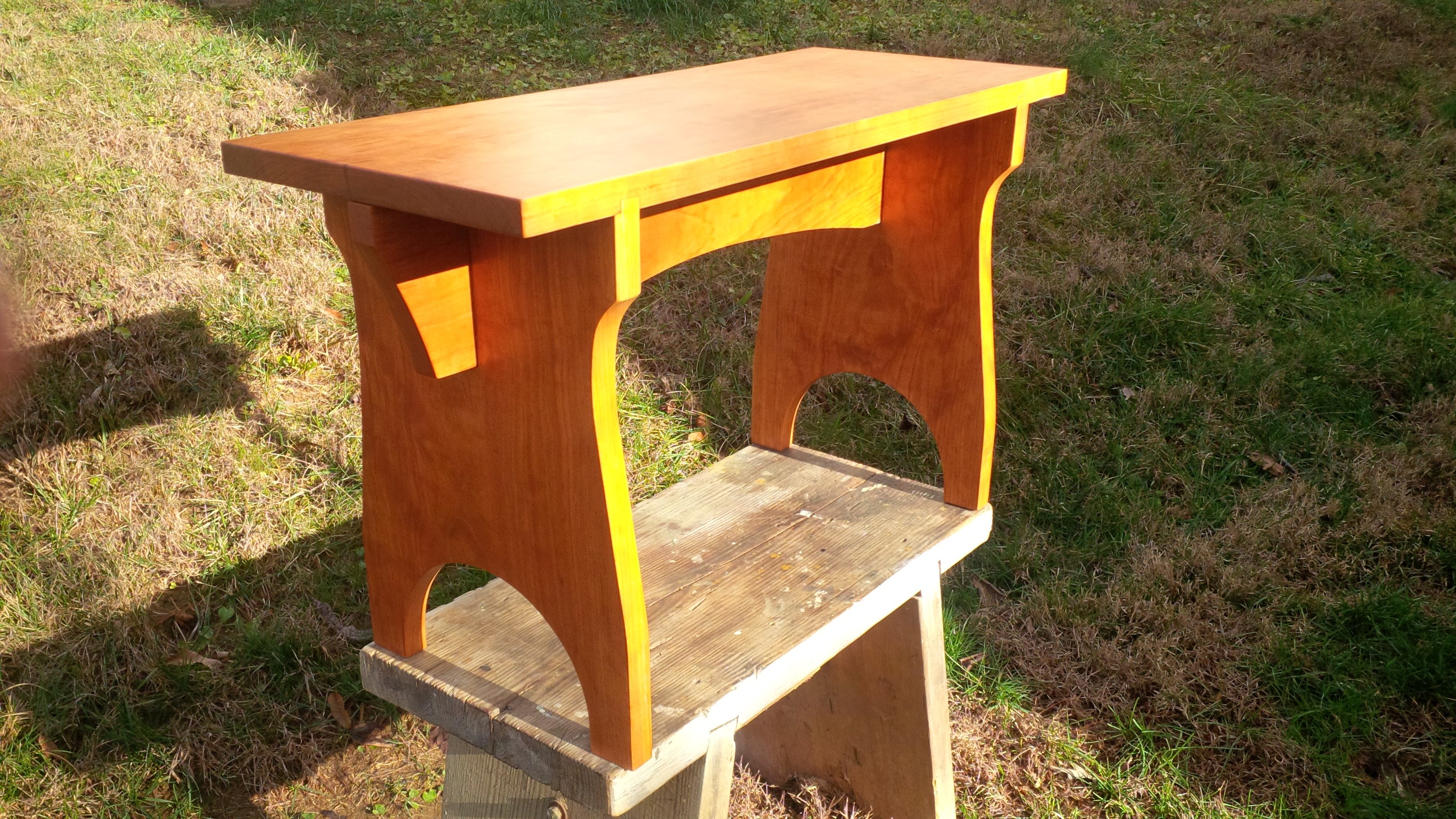 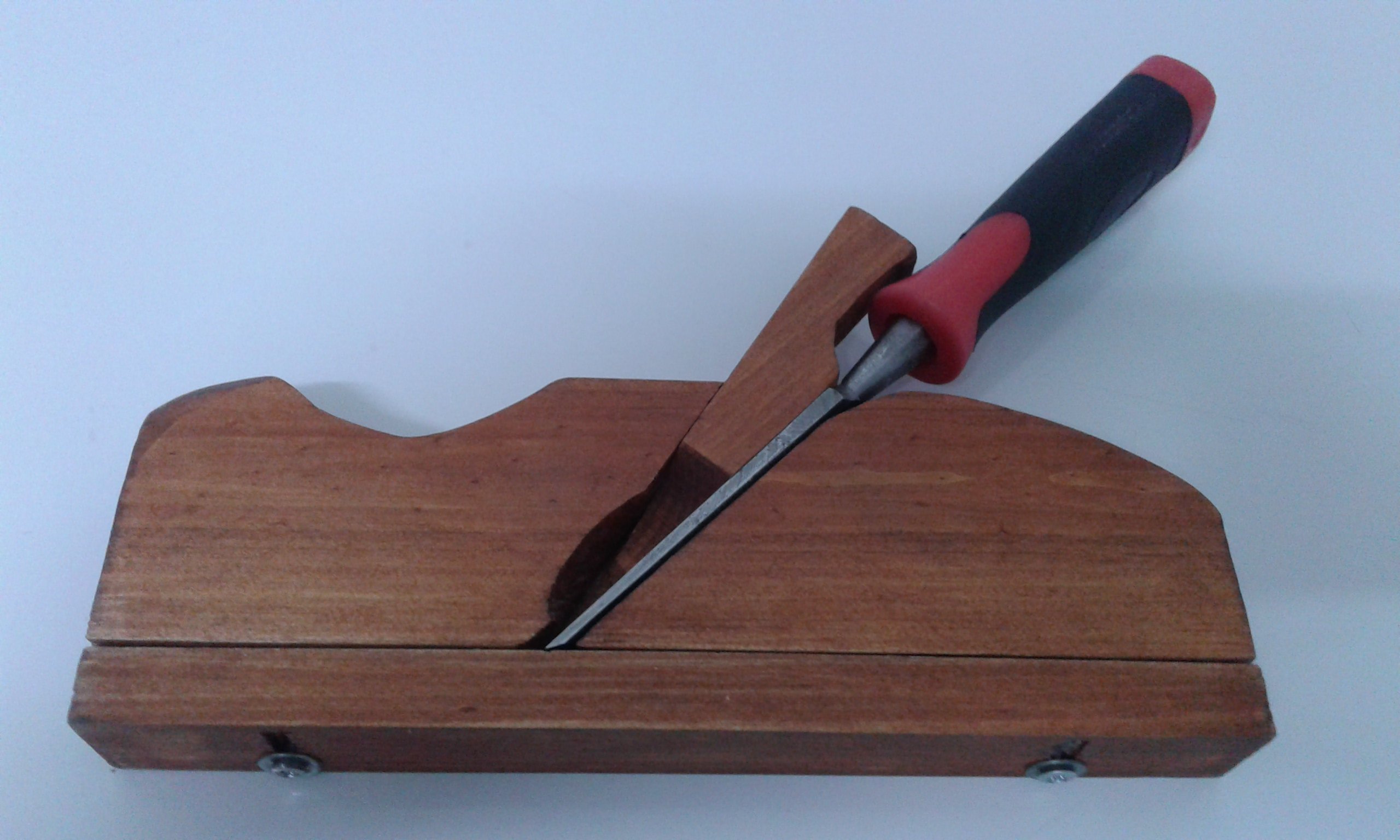 Made of Pine, finished with stain. 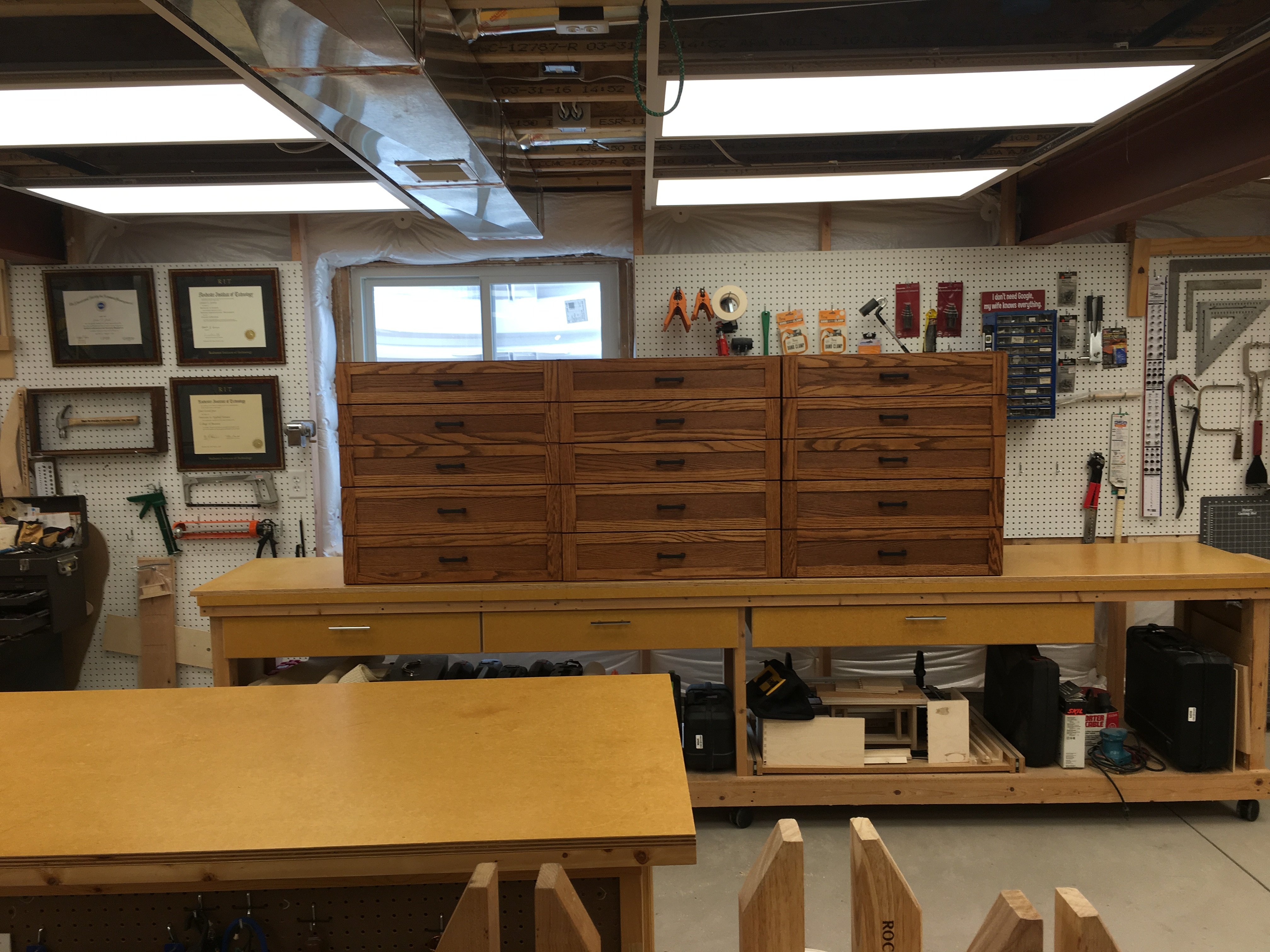 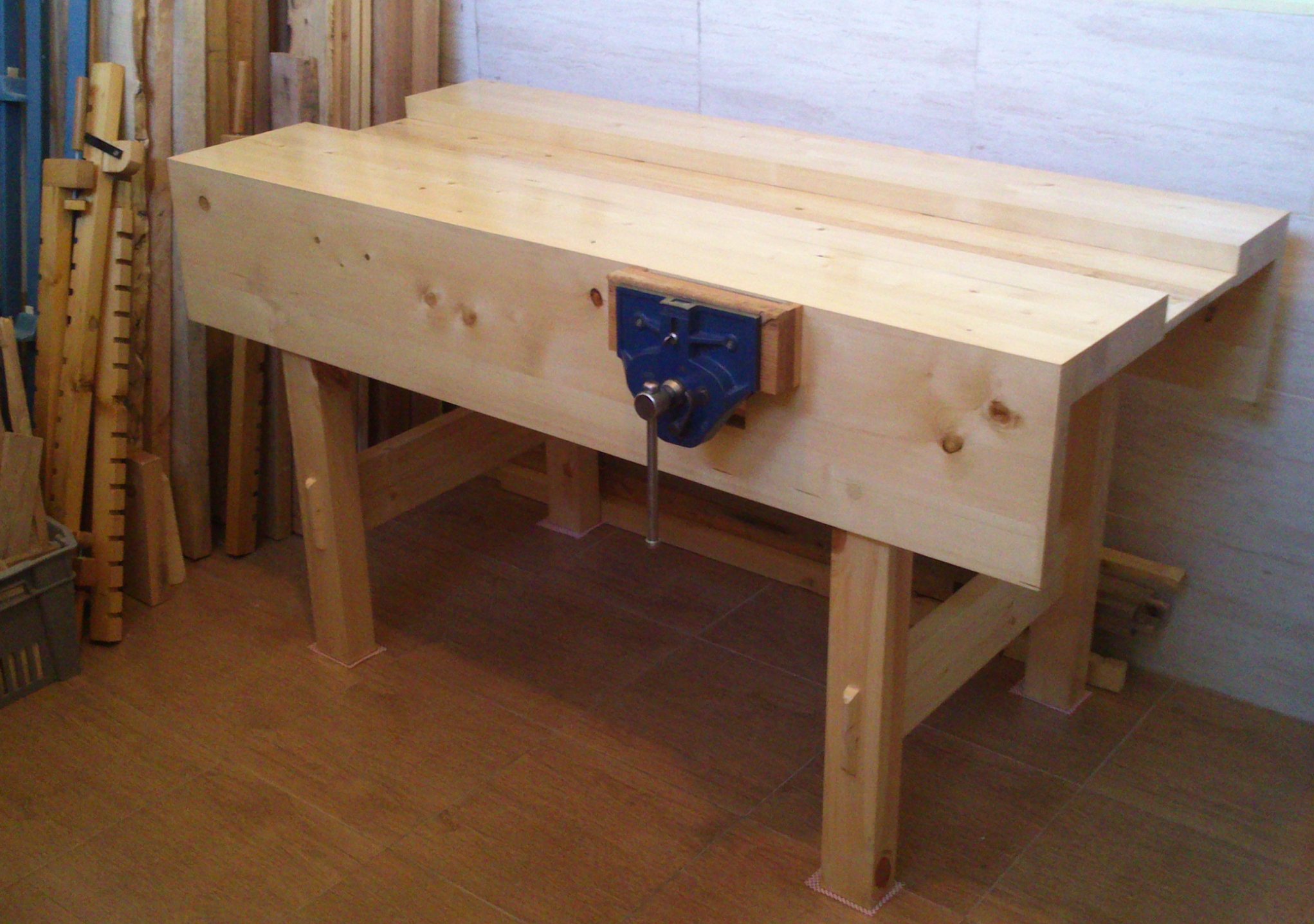 Here’s my workbench. I made it from pine, finished it with polyurethane. It’s really nice to finally have a solid workbench! 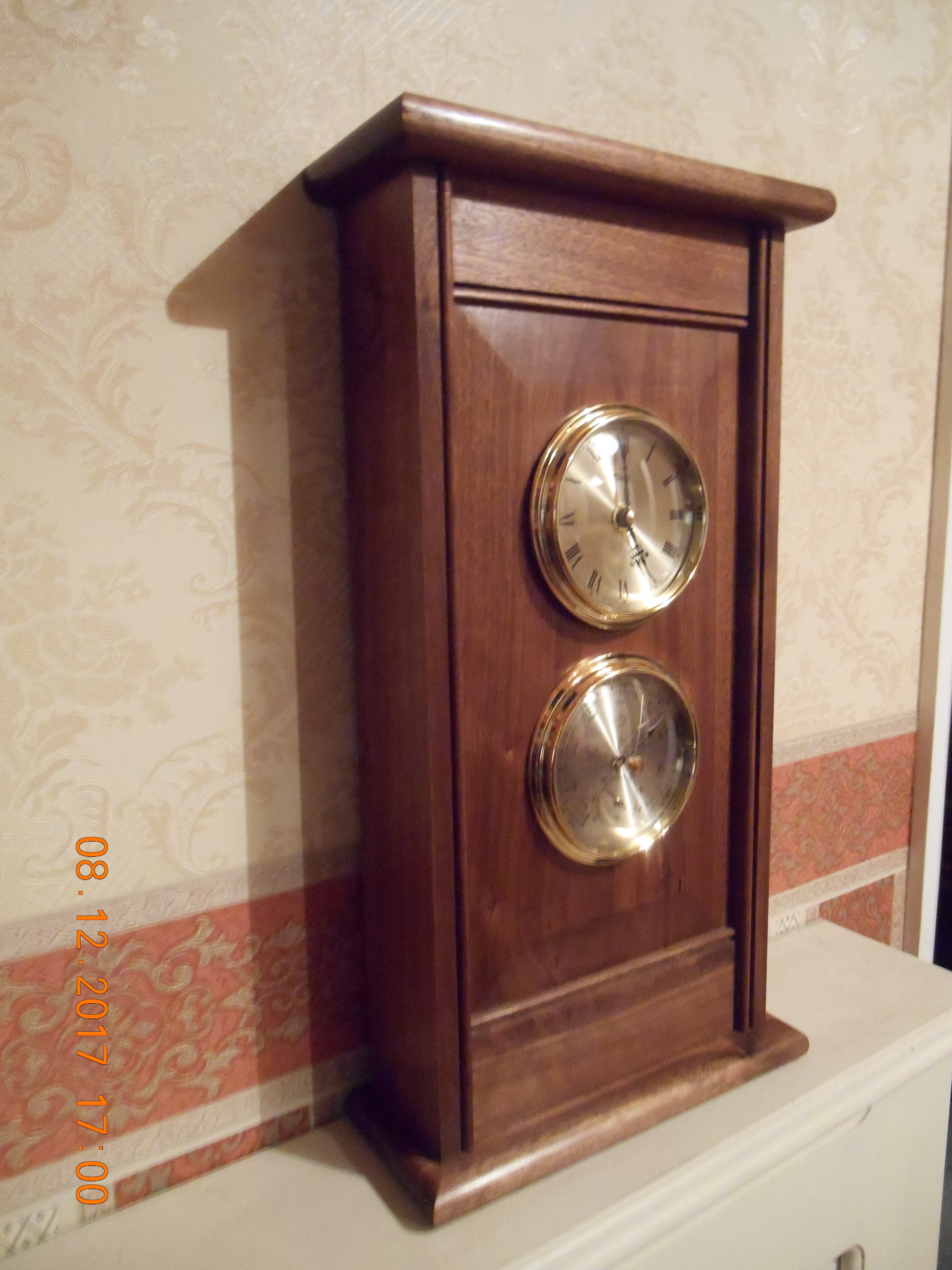 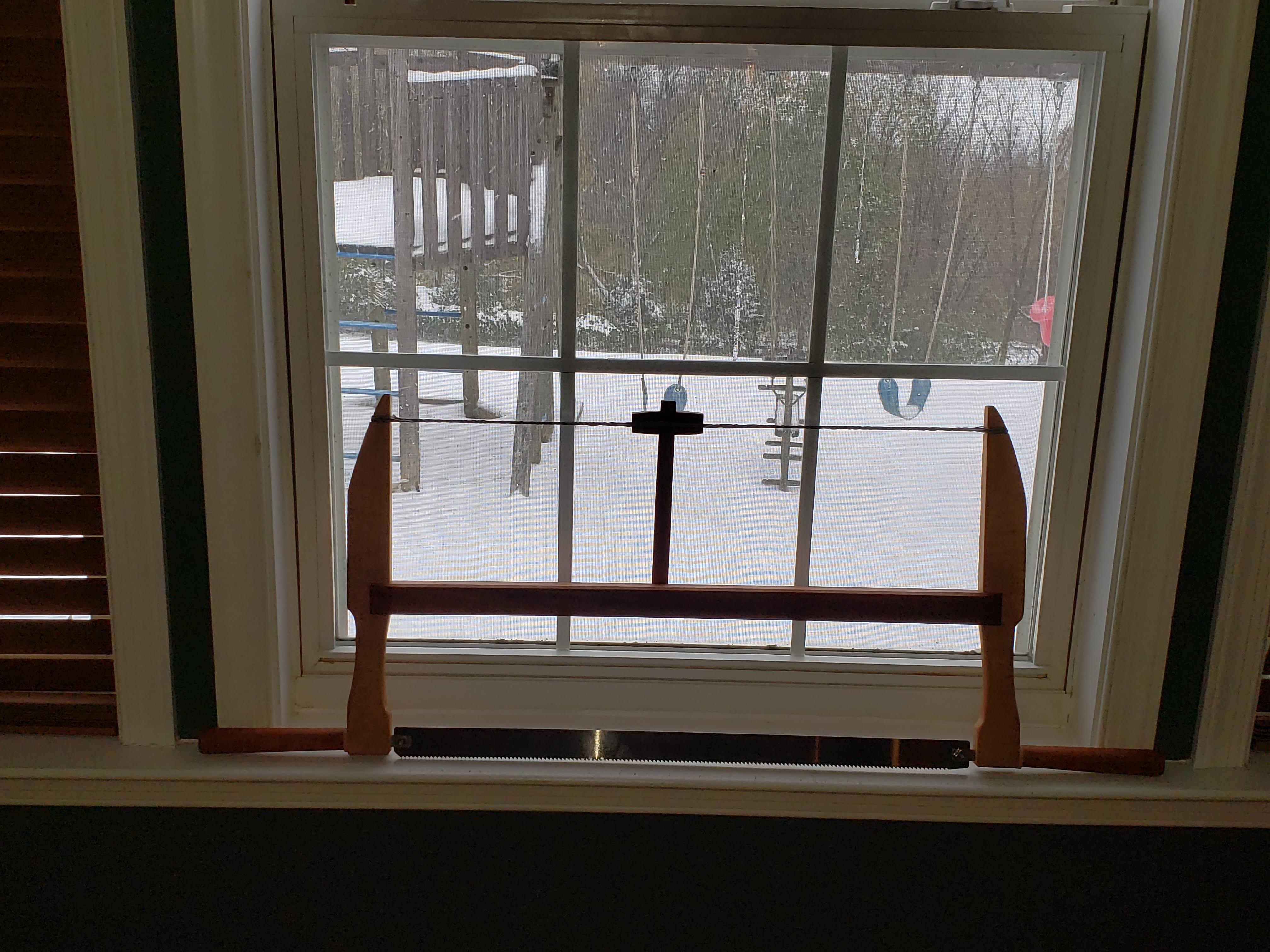 The design is relatively standard and I purchased the hardware, but it did come out beautifully. 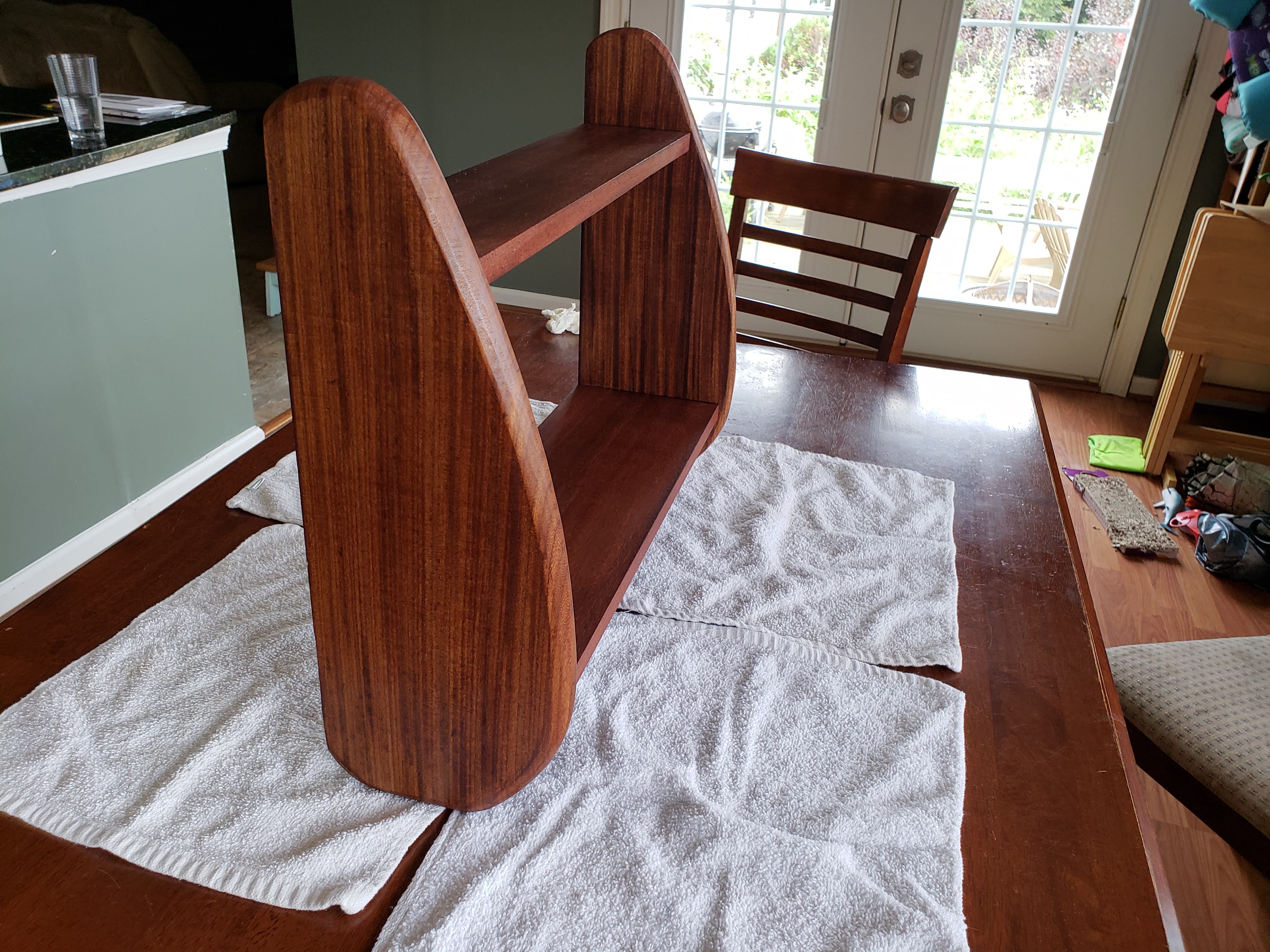 I used Angelique as the material and BLO and bees wax for the finish. 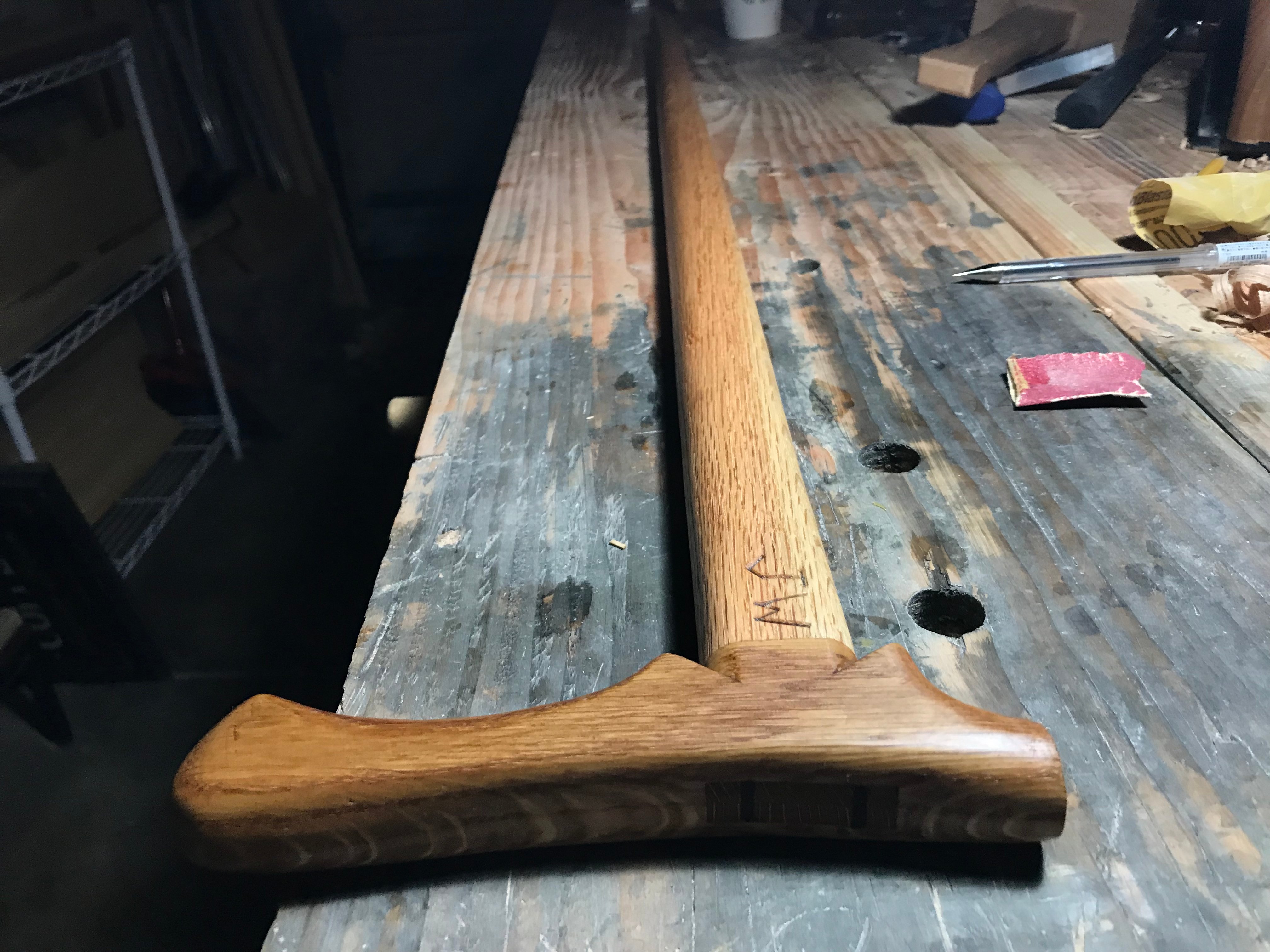 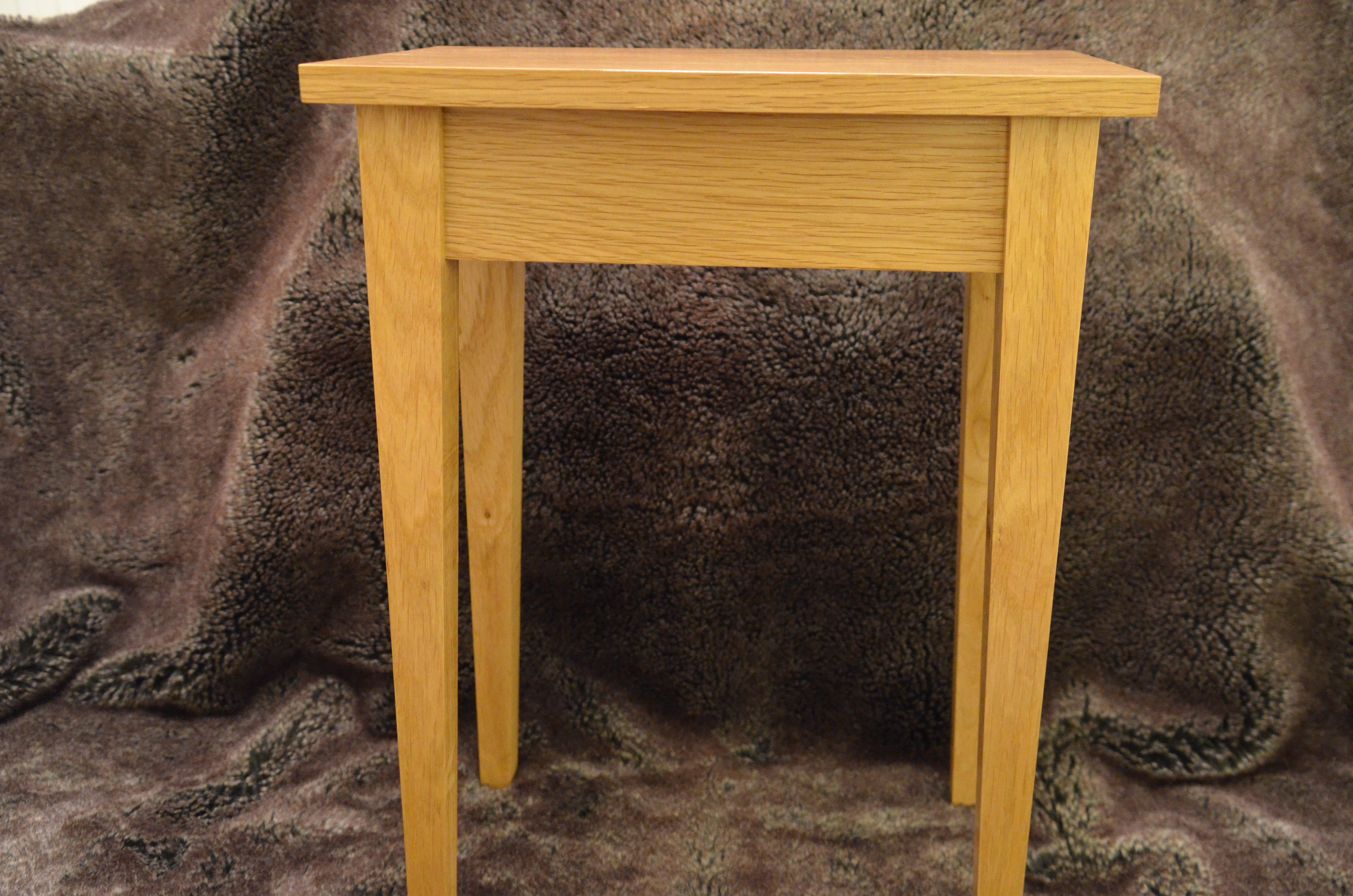 My first commission! A table for my sister in law’ birthday. Made in my small 10′ x 8′ workshop (shed really). The top and side panels are in European Oak and the tapered legs are in American Oak. 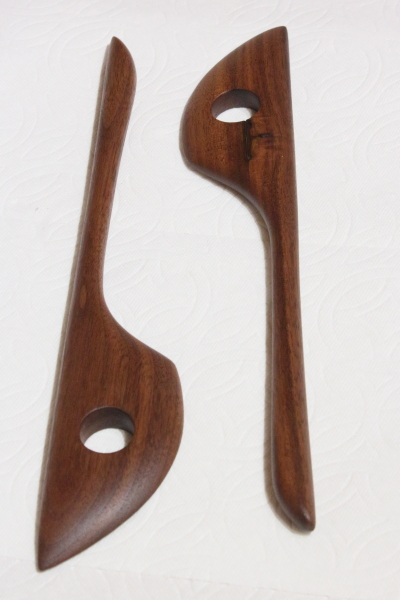 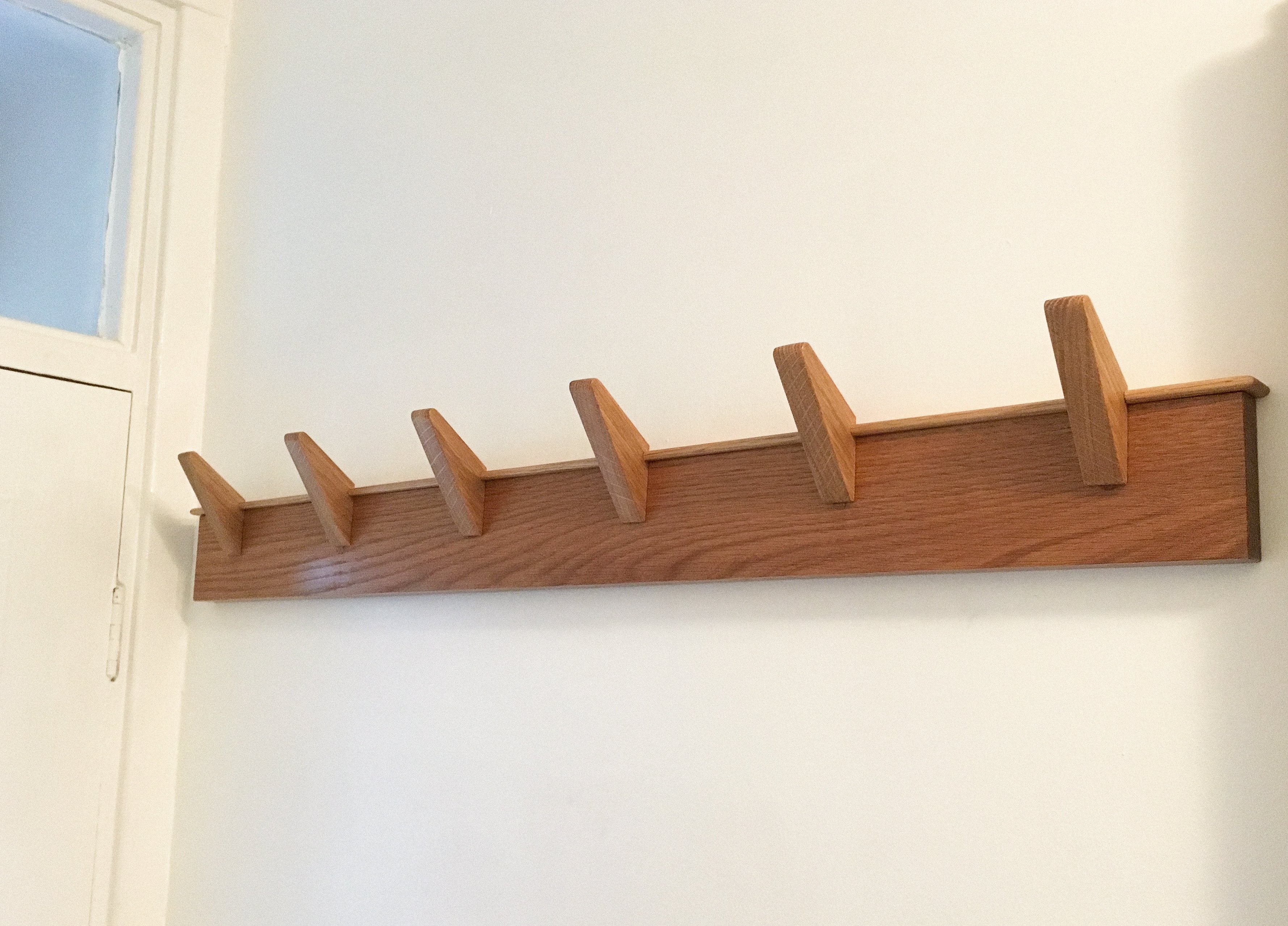 6 pegs, made from american white oak, I used lighter oak for the pegs and cap and darker oak for the main body, finished with de-waxed shellac. 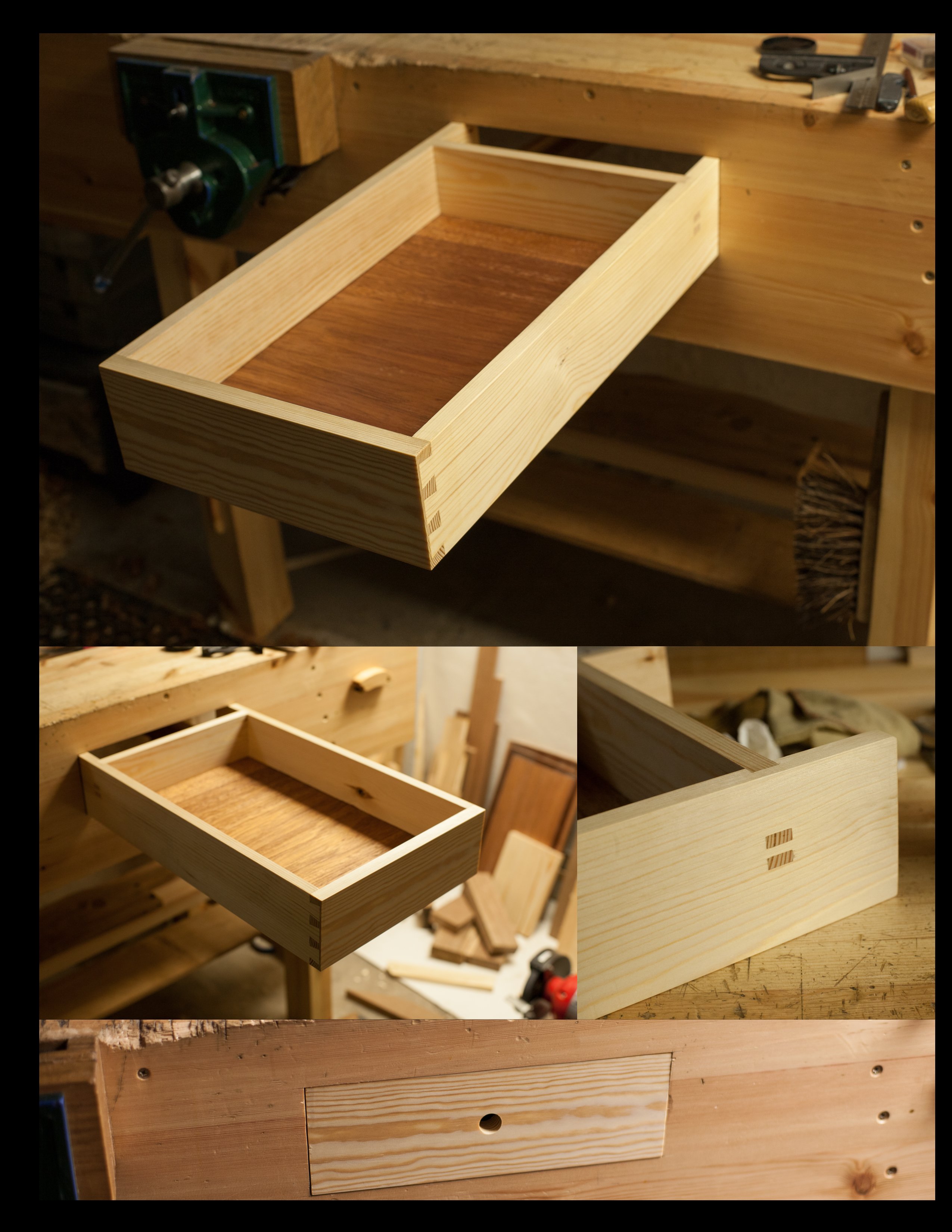 Workbench Drawer, made from redwood pine, the only part I changed was to use a double tenon instead of wedged tenon on the back piece, the bottom is made from solid sapele, it gets used a lot. 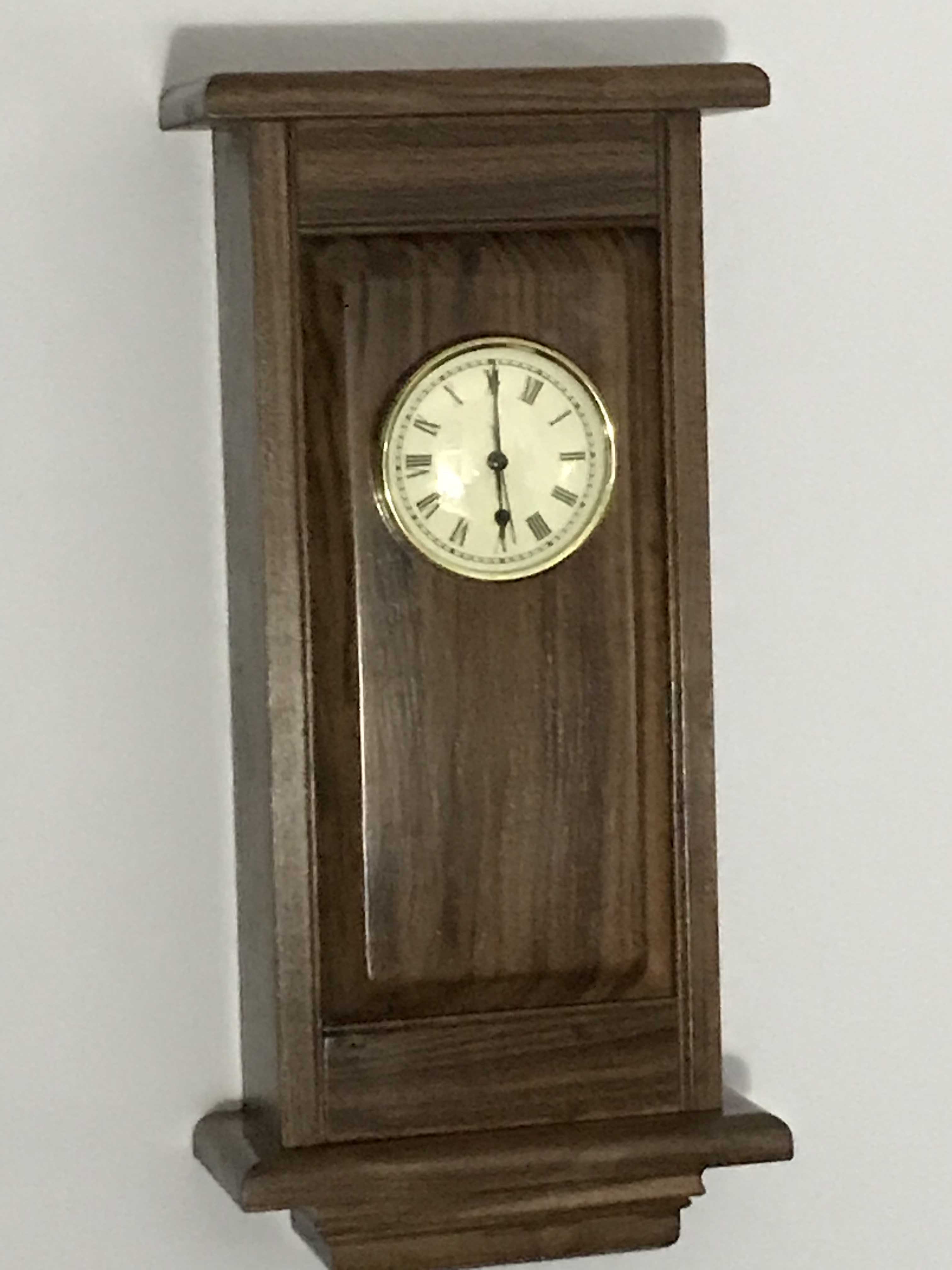 Wall Clock Made of Walnut 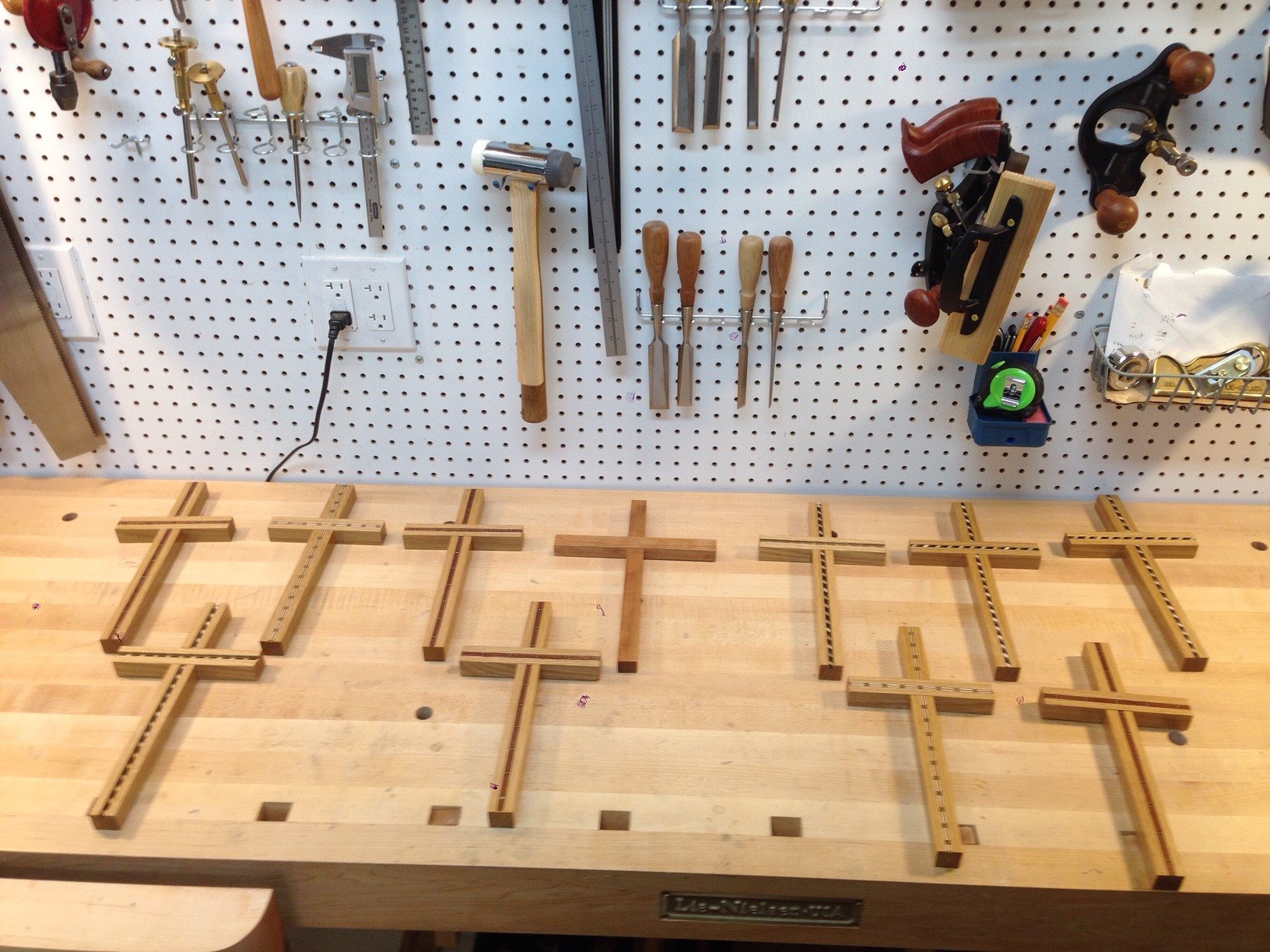 quarter sawn white oak with commercial inlay finished with shellac and then wax. Was inspired to make these after seeing Paul’s inlay bookmark video. 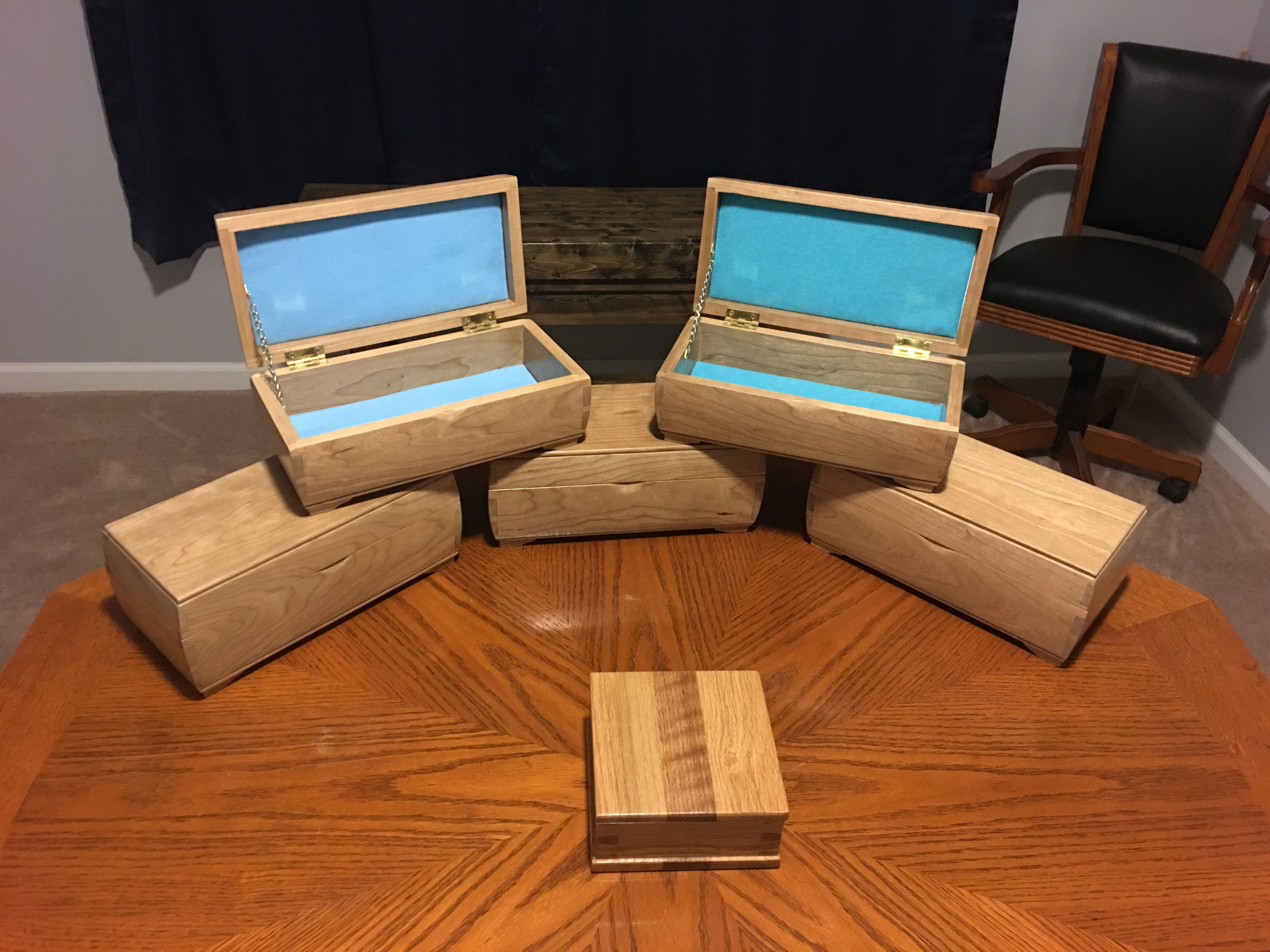 5 boxes made with Cherry for granddaughters Xmas present. Opted not to put the divider in and lined top / bottom with their favorite colors in felt 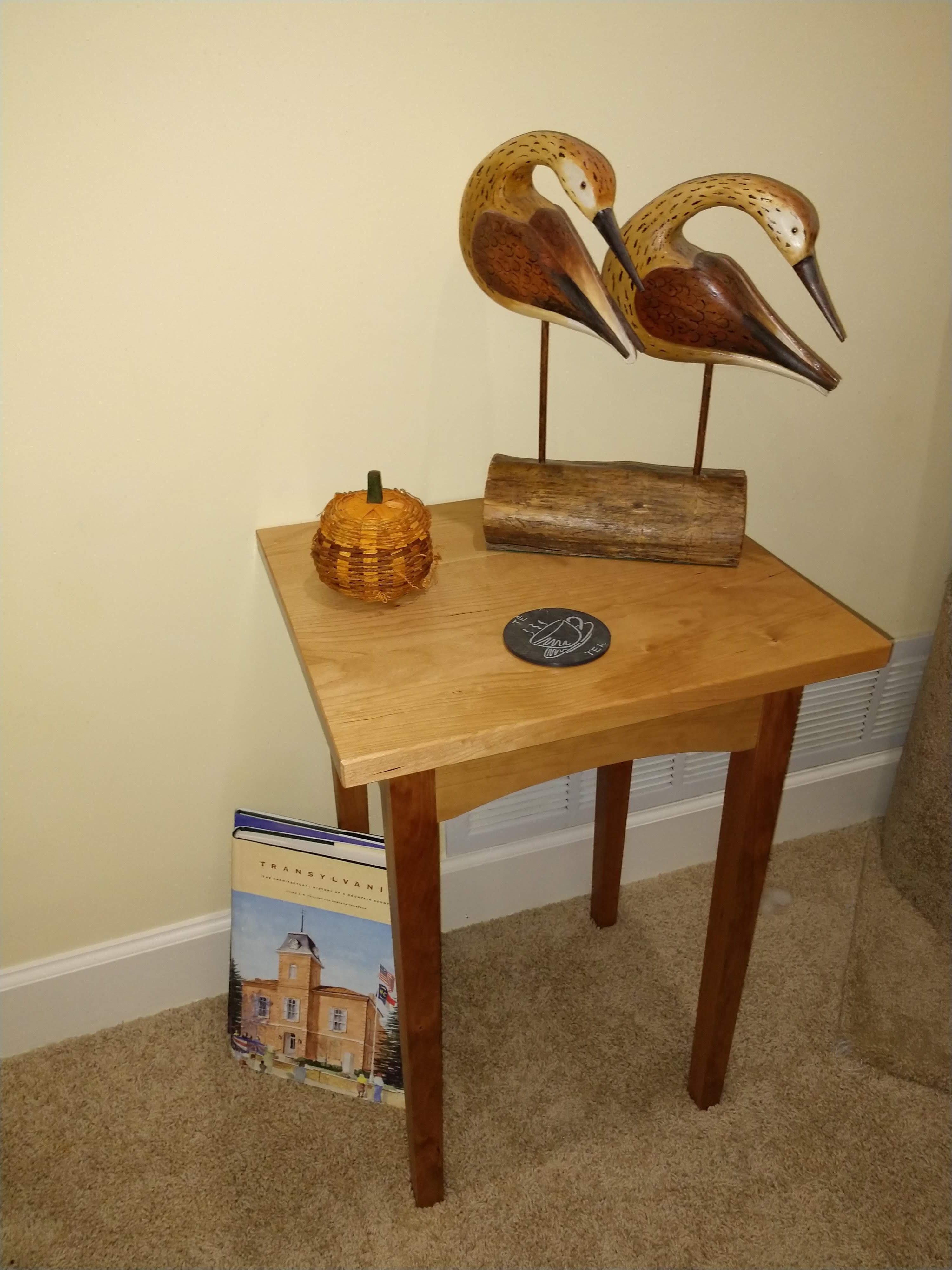 How to Make a Table by Bob Mullins

End table in cherry. Finished with Danish oil and wax. Shore birds carved by my grandfather. 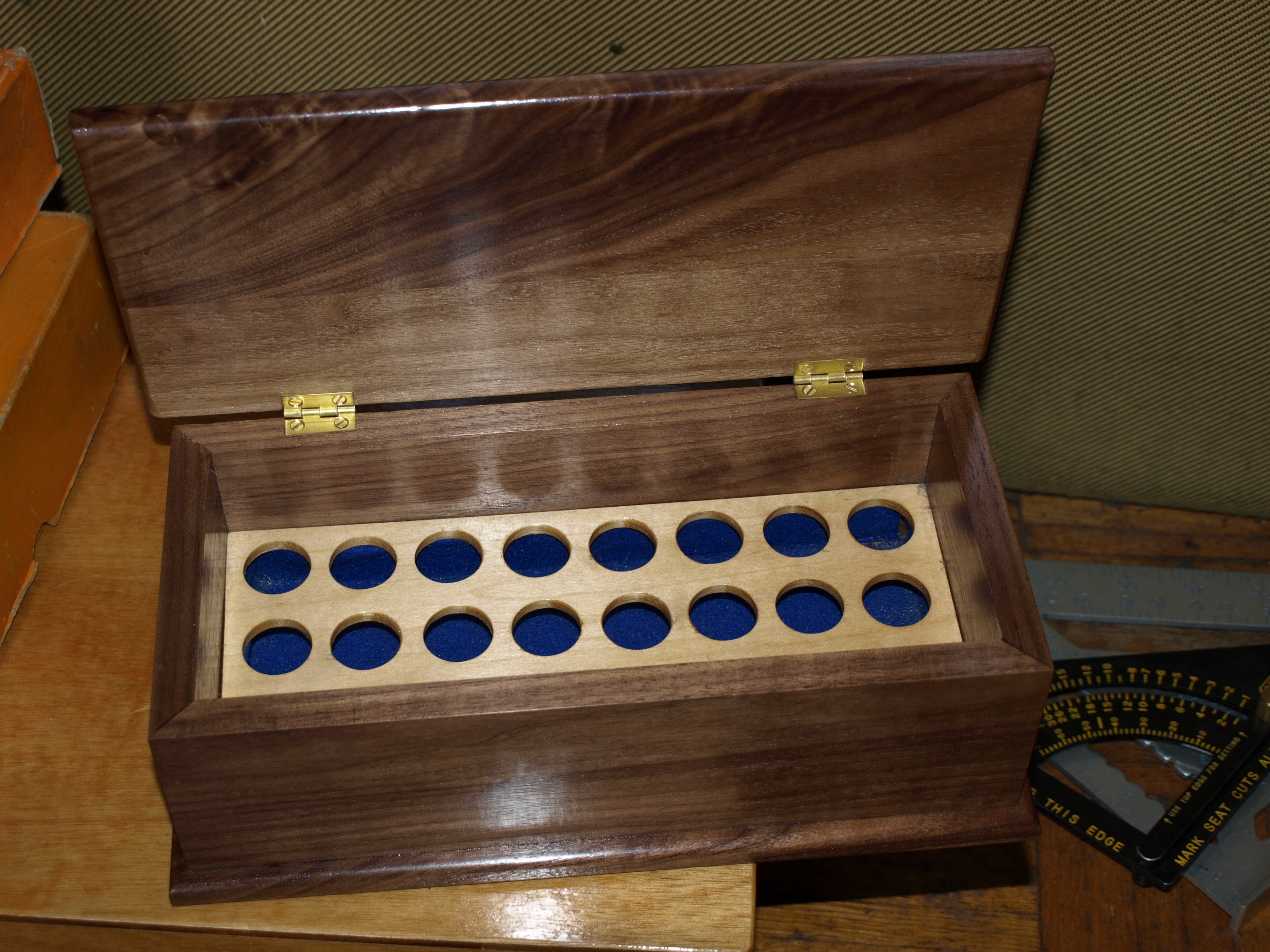 Box For Essential Oils by steve 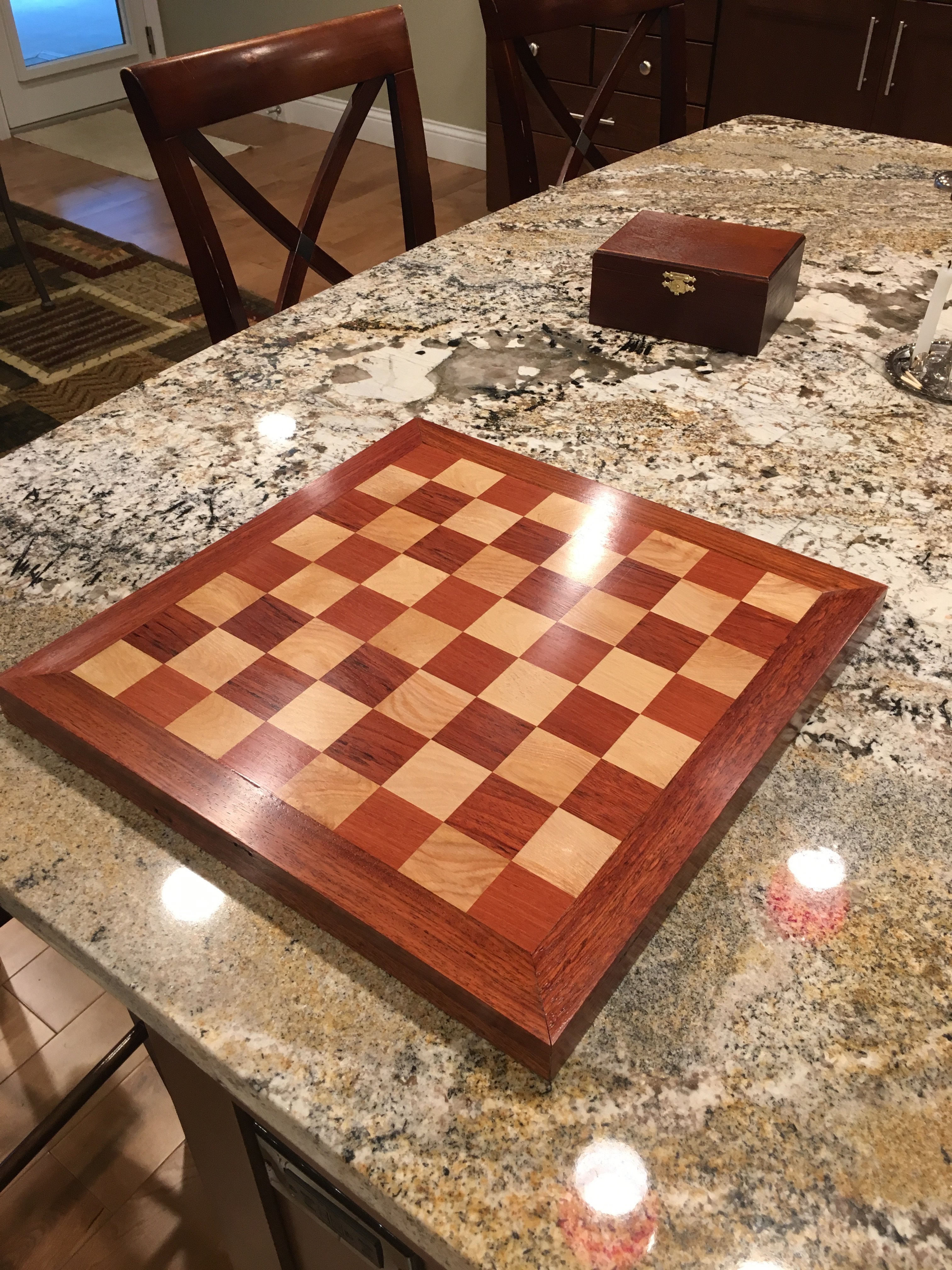 A relative’s home suffered significant flooding and required removal of their Brazillian Cherry (Jatoba) hardwood flooring which had some historical sentimental value to them. I salvaged enough of it to make this chess board that might help carry their memories forward. I used the Brazilian Cherry for the border and dark squares, leaving some of the marks and dings in the border to preserve some character from its prior use as a floor, and then some maple I already had for the lighter color. I found the Brazilian Cherry very difficult to work, requiring near constant tool sharpening. Finished with shellac / wax and presented as a Christmas gift last year. 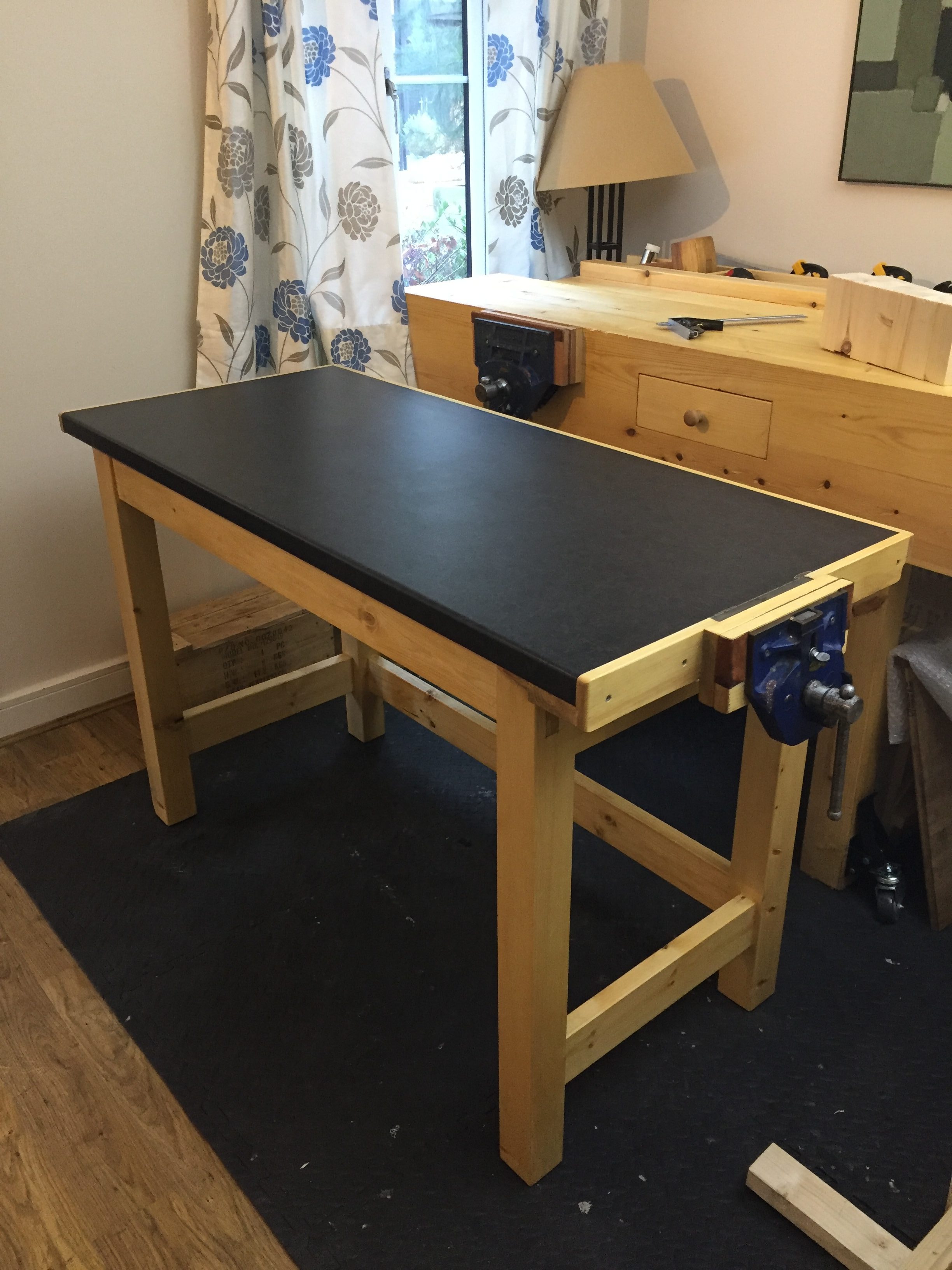 Scaled up version of the occasional table doubling as a light duty workbrench, mixing techniques from these two video series (no arched aprons and tapered legs though), made with upcycled countertop with wood edging, and a 7″ vise. 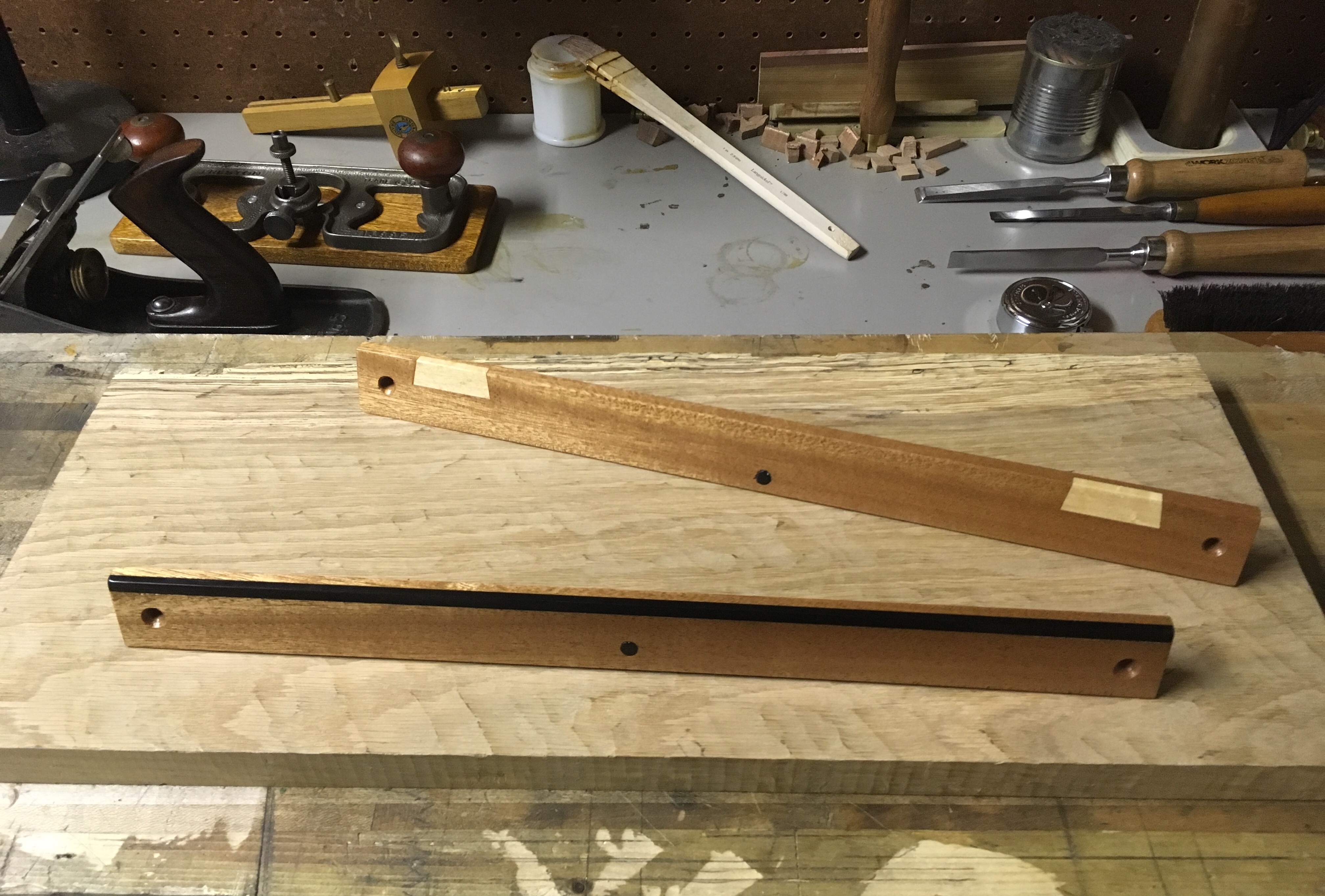 Thank you to everyone who has sent a picture in!