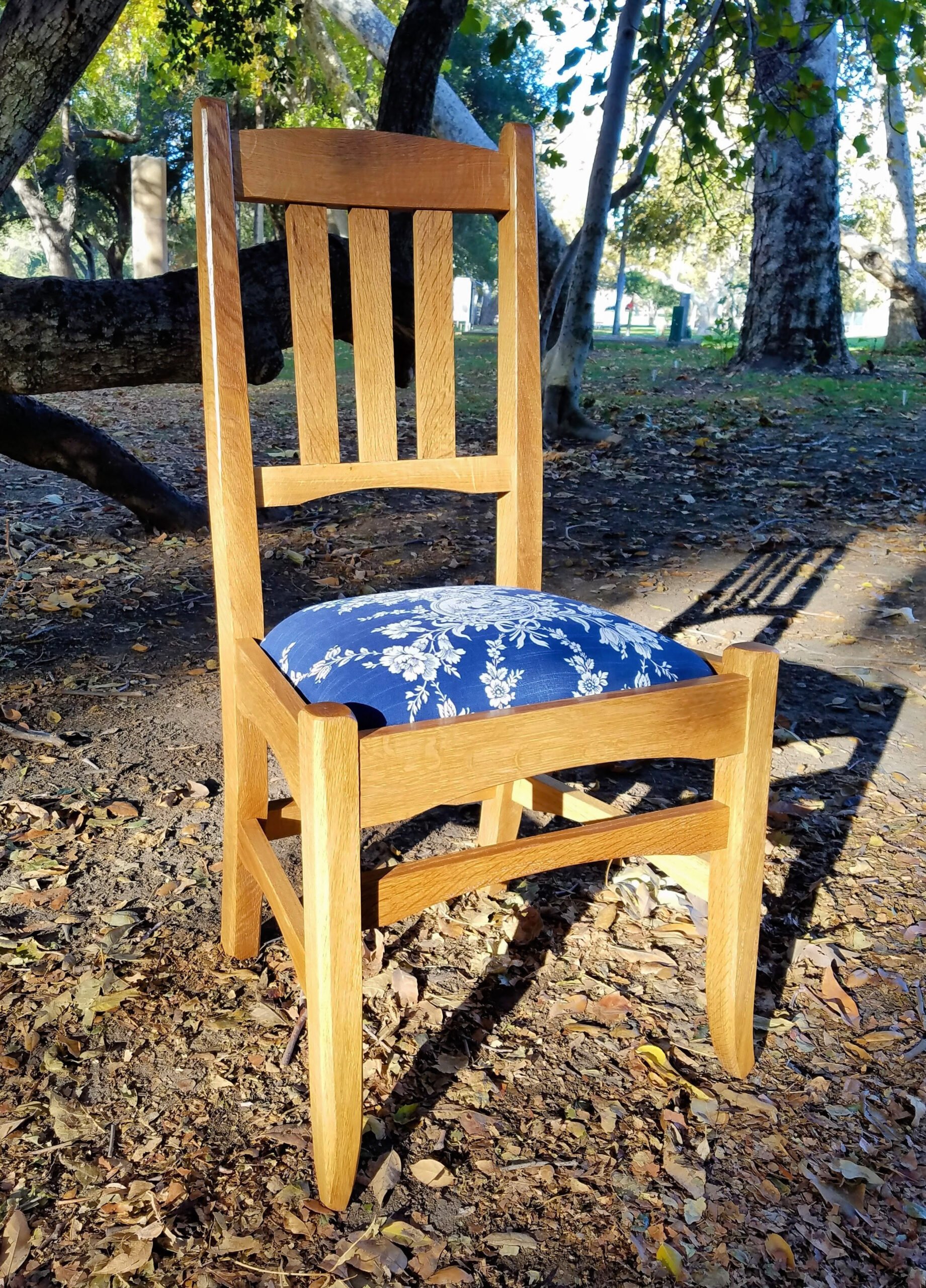 Welcome to 2022, another year that sounds like it’s from the future, but which turns out to be happening right now. Once again, our generous community contributors have furnished us with a multitude of exciting gallery submissions, so do take a look!

40″ tall – Plywood workbench – handtools only. I really liked the look of the plywood workbench, so I decided to build it using my saw. It probably needed a lot more plyning than Paul’s but my sawing has improved a lot.

Router plane in birch and walnut. Paul’s impeccable timing saved me spending $170 or more on a new one, and I get the satisfaction of having made it!

A variation on Peter’s wall clock, made for my daughter as a house-warming gift

I made the frame saw from oak that used to be a big doorstep from a building I worked on. It is very much 1:1 to Paul’s frame saw, only it’s fitted to a longer and wider blade.

I used off cuts of Beech, left over from another project, which I bought from the Oxford Wood Recycling centre. The base is slightly under thickness at 7/8″. The three notches for the depth adjuster wheel were the result of a mistake I made, but does ensure the blade can be fully retracted. Adjuster wheel notches are wider than on Pauls drawings to accommodate my thicker adjuster wheel. It all works perfectly – thank you Paul!

Fly swat made in combination of ash, black walnut and oak.

Scaled up to 25”X10”X18”H and made from European Yew (Taxus Bacata) . Three tills of Swiss Pear and pseudo tools on front panel made from Lignum Vitae, Olive Ash, white ash and Camel Thorn. Repurposed solid brass handles. 30Kg with tools.

my router plane made with black limba and oak knobs

A set of three trees, ranging from 6-12 inches, made from repurposed pine.

Converted our wire shelf food closet. Constructed from maple ply. Door frames are poplar with twin and triple tenons in the bottom rails. 28 in all. Lots of hand routing recesses for supporting the shelves! All built from using joining techniques that I learned though these series.

Side Table by Kered Winder

Side Table, American Rose Ash. Piston fit Draw and Door with hand crafted handles. The construction uses wedged Mortice and Tenons with Rail and Stile back panel plus hand routered rebates. Very challenging to make but the result gives me grate satisfaction.

Mantle clock made of Mahogany with an ebony pull. The drawer design inspired by Paul’s desktop organizer.

My Krenov Style Cabinet on Stand by Matthew Hoare

Mahogany from an old wardrobe and oak

This Hand mirror was made with curly maple and black walnut inlay. This was a Christmas gift for my daughter Adaline.

Router plane based on Paul Sellers design. The body is beech, I had a scrap 10x100mm board and I laminated three pieces for the body and two pieces for the iron holder. Iron is C45 steel, hardened and tempered. Kitchen knobs are beech too. Thumb wheels were the most difficult parts to source, but I think they match really well the shellac finish.

The Paul Sellers router plane, and a small block plane in Sapele.

Router plane – inspired by the latest videos but slightly different (following old example I saw on Ebay). Used old beech chair frame for the wood, hence the inlay (mahogany I think) in the old matting groove. Used a loose inset to house the blade, not the prettiest but works, could have different ones for different size blades, I suppose. Connector nut drilled through and tapped for depth adjustment.

Breadboard-end cutting board in sapele and oak. A surprisingly tough project!

Dining Chair made from white oak and finished with Danish Oil and wax. This is my most complex project to date and I had a great time building it.

This white oak footstool is the final piece of furniture for the nursery I built for my daughter. Thanks to Paul and team I now have an entire room full of heirlooms I can pass on to my daughter when she has children of her own. I can’t thank you enough.

while the basic design and construction follows Paul’s, I have redesigned the ends to have a half ply panel instead of a full one. this required and additional rail and slats. the top rail curved profile was taken from the corner post template. I have also included a slot to store an Allen Key to be available when the height if the cot needs changing.

Sellers’ Home Coasters next to my first coaster set from a few years ago. Great exercises/lessons in planing, and sawing square. Then dealing with all the opposite grain directions, end grains- really got me to slow down to feel and then react appropriately – though not always! I used the band saw a few times and found I had better accuracy and control doing the coaster cross cuts by hand for the same amount of time. Took Paul’s tip to work on the “V” before cross-cutting the base from the blank.

For mum’s use in the kitchen. 100% reclaimed pine… apron and stretchers stained before glue up. Finished in water based varnish and wax.

“Ducks Head” walking stick for mum. Scrap piece of meranti for handle, scrap piece of softwood for body. Through tenon joint and carved to shape after fitting. “Magic marker” for ducks eye, finished with shellac and wax

For my 10 year old daughter painted to her specifications of like a tiger (stripes of white, orange, and black). The hand prints of my daugher and I was my wife’s great idea. Made out of Baltic Birch plywood scraps I had laying about.

That’s my first try making a wooden tray. I used oak and pine, all of them were scrap wood. I really hope you like it.

Occasional table, it can be a bedside table. Made of ash, the finish is oil and wax.

A set of coasters, I didn’t have much colored wood, I had some scraps left so I made what I had. Made of ash, white oak and red oak. The finish is food grade oil.

It is 2m long, so is big enough for a couple of families to all sit together. It is made from pine and the frames on all pieces are alike apart from double stretchers and dimensionally stouter on the table. The frames are painted with translucent jacobean walnut barn paint and the tops with a light oak stain followed by tung oil and finally several coats of Polyvine decorators flat varnish to give it some UV protection. I wanted a garden set that was constructed like real furniture but the overall finish was kept slightly rustic to make it fit in the setting.

Small tray. all scarps and all reclaimed; Pine, oak and meranti. Wax on varnish, with self adhesive cork on base.

Breadboard-end Cutting Board by Tim F

Maple and cherry with a tung oil finish. No glue used, so fingers crossed it lasts as long as the Penryhn castle piece! Thank you Paul.

This trestle style desk I made from a combination of hoop pine, radiata pine and old growth forest pine. It is a prototype and was built primarily to work from home because of the pandemic. I am happy with the outcome but probably change a few things. Thanks to Paul for all the lessons I’ve learnt from him which has helped me to express ideas through the medium of timber. Sanded to 400 grit and finished with a water based poly.

Finished at last! The ‘white-wood’ is reclaimed scaffold boards (probably spruce), planed true and laminated. The front apron is (very) hard wood from three and a half feet of reclaimed kitchen worktop, ripped, spliced and re-laminated (you can probably see the join). New vice (could not find one used at any price!) with oak jaws, again reclaimed. Castors to raise the bench from the damp floor and wheel outside when the weather is fine… Only the long cuts used power tools, otherwise everything else using hand tools – thank you Paul, it has been great fun!

Dovetailed (half blind) box made of cherry and maple to hold tea bags. Finished with shellac.

Thank you to everyone who has sent a picture in!

If you would like to submit a picture to the gallery, please use the submissions form. 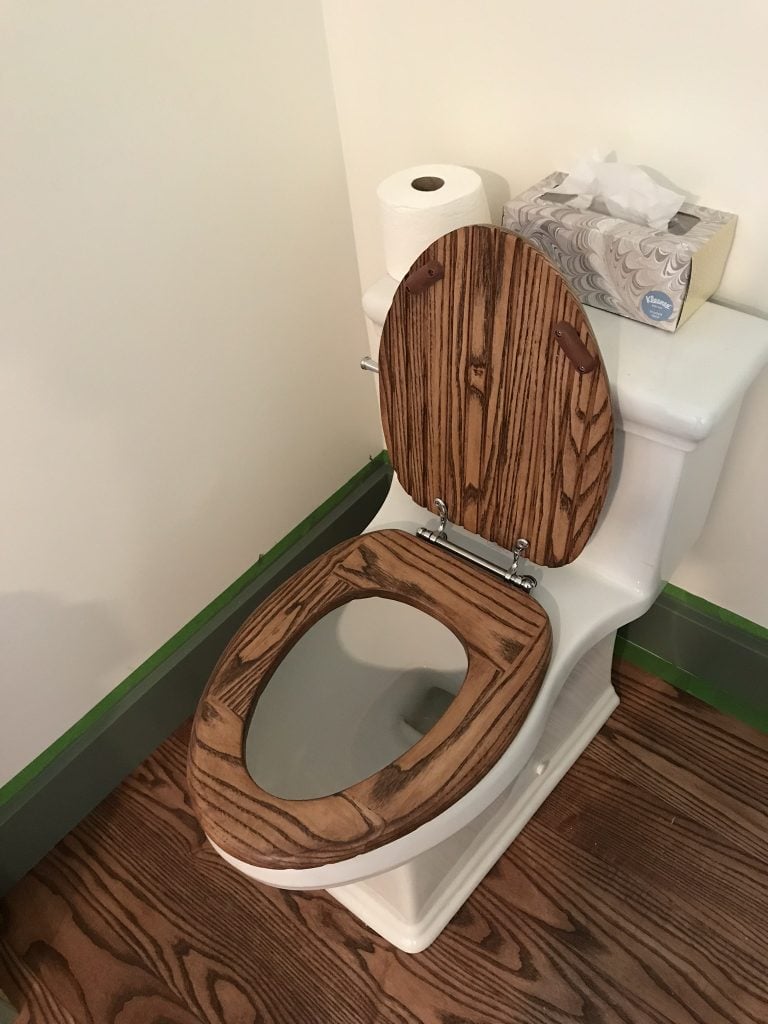 It’s a little cold here in the workshop, but if there’s one sure fire way to warm up it’s to get to the workbench and get active. It’s good to see that you have all been keeping busy.

It has been over a year since Paul started work on the Sellers Home Rocking Chair project, the inaugural step towards filling an entire house with handmade furniture. Paul and the team have certainly put in a lot of work since then, so it seems like as good a time as any to look back on the progress they’ve made! 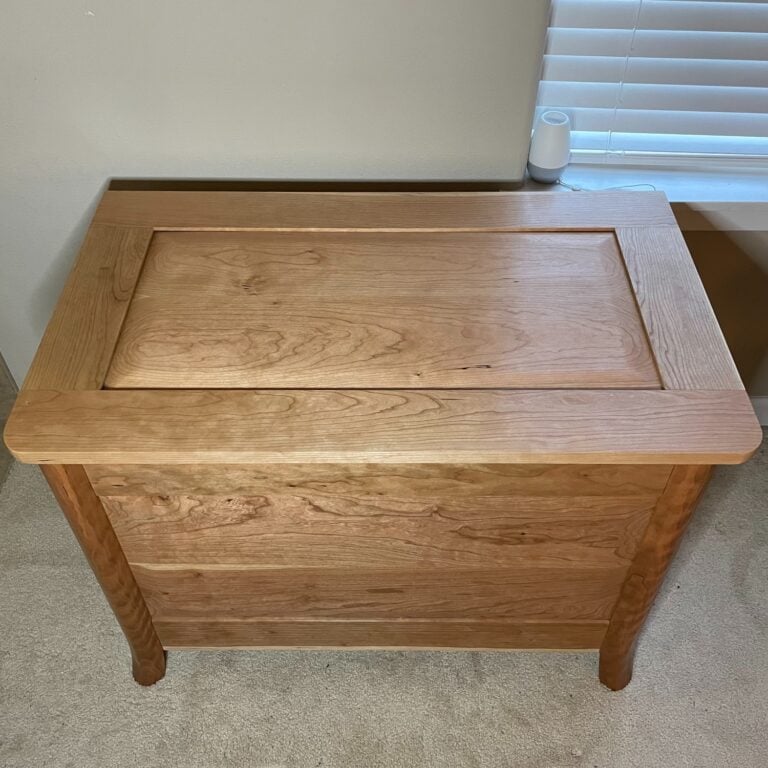 Over the past month, we’ve had a fantastic collection of photos depicting excellent pieces sent in. Please take a look! 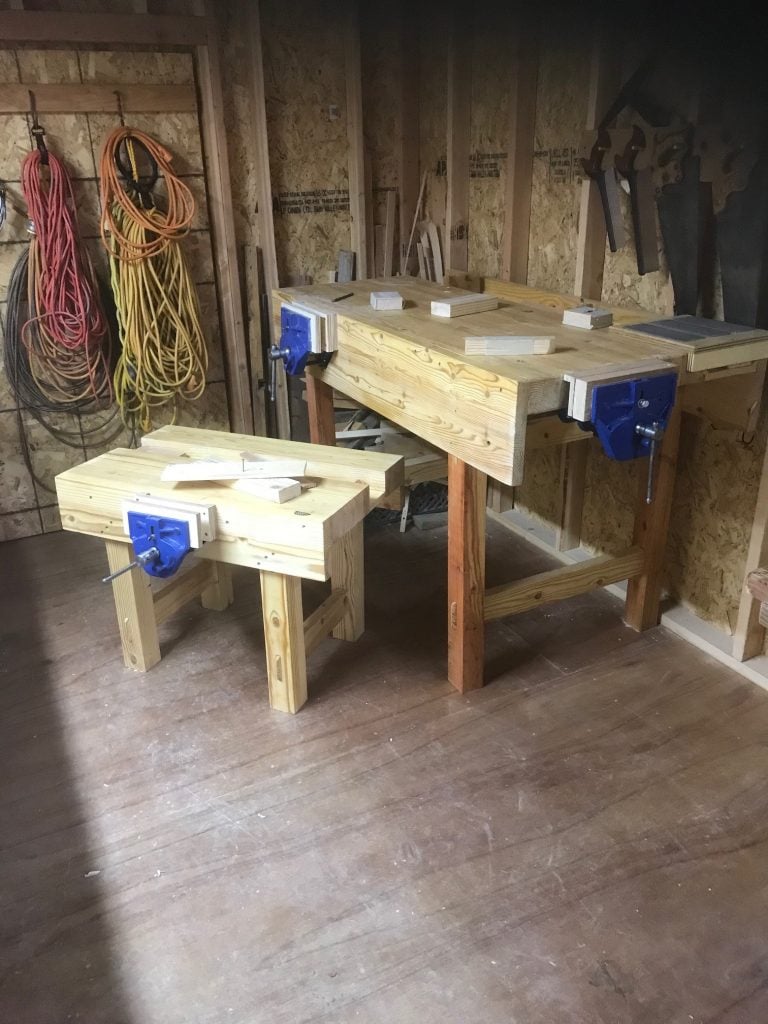 It’s a rainy Thursday morning here at ‘Sellers Central’. The dark grey skies hold the promise of bright green grass to come, but for now Paul’s workshop is an amber-lit beacon of warmth on a particularly damp day. It is, as ever, encouraging to know that many other workshops are also being put to good… 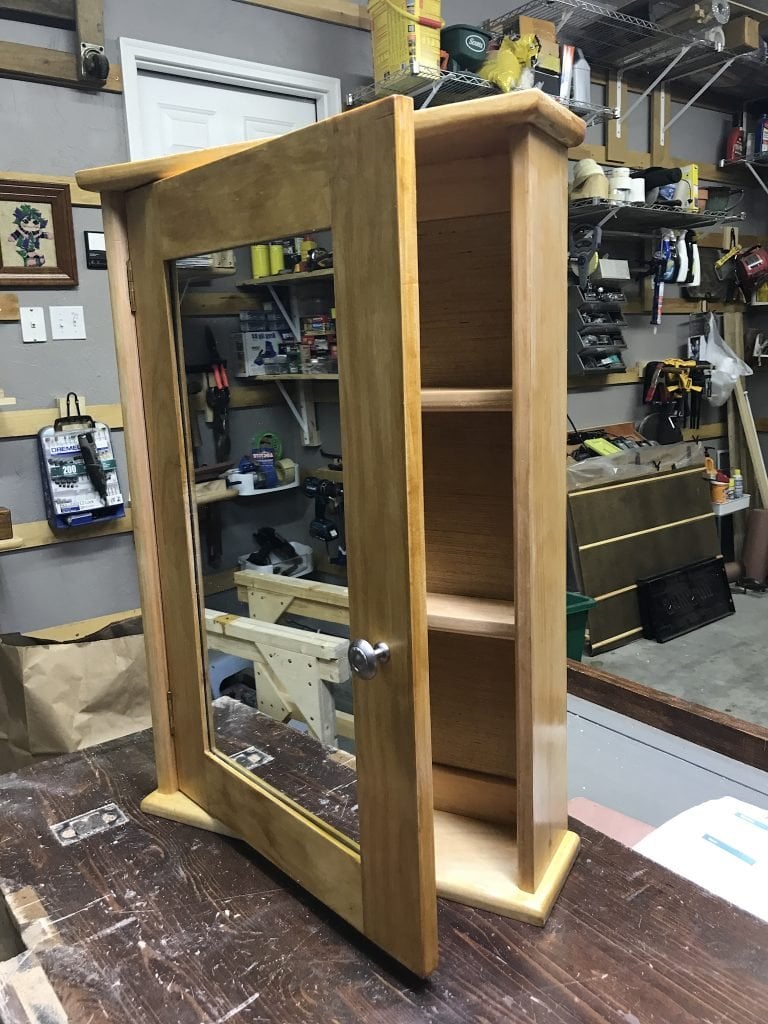 We’ve had some very impressive submissions this week. 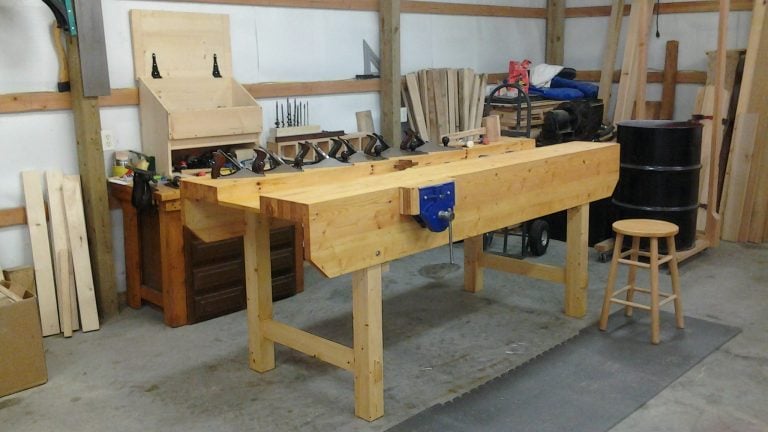 One of the great things about woodworking is that people from all over the world, in a whole range of circumstances (see the featured gallery images from WWMC members), can make such a large variety of projects, suited to a specific purpose and with lasting value. While we hope that the projects and videos we…