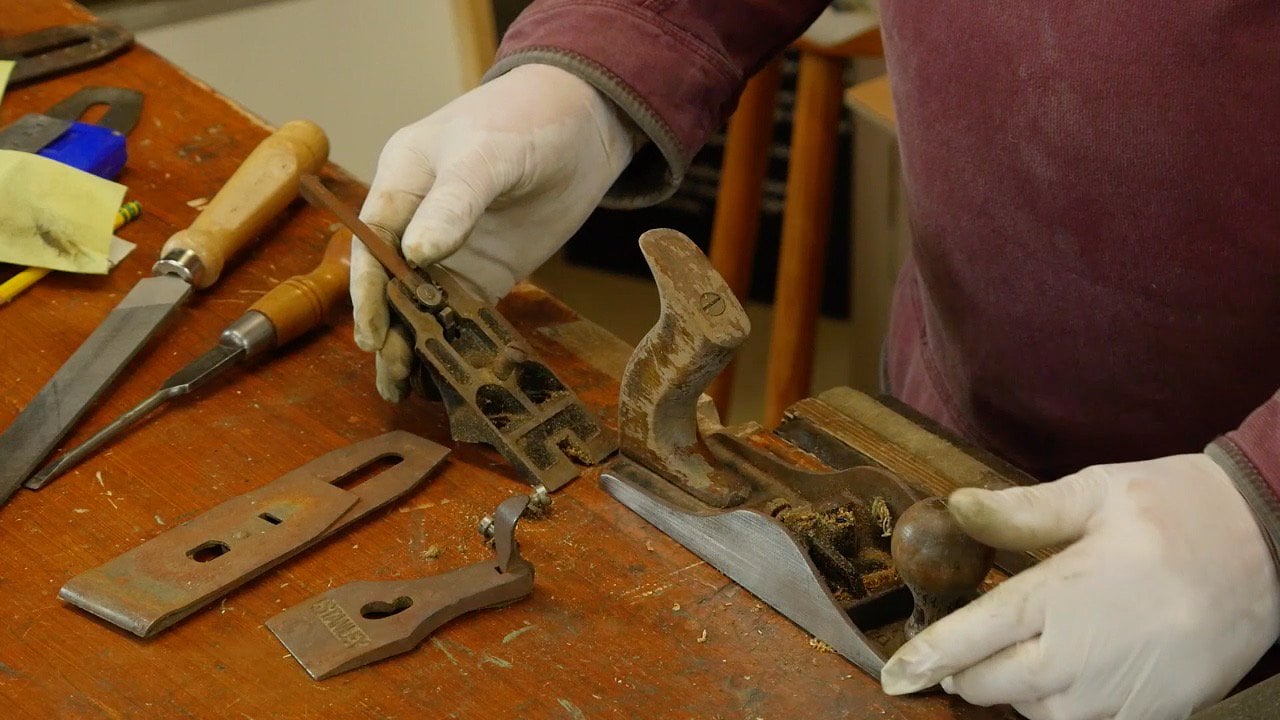 This is a free video, want to watch it? Just log into the site, and you can enjoy this video and many more!

Need some tips on the best steps to take to restore a bench plane? Whether it is rusty from disuse or as good as new, Paul shows what he does to get a plane working perfectly. He flattens the base and takes off the hard edges. Paul then prepares the frog to receive the iron assembly, which he corrects and sharpens. He also cleans up and tightens the handles before reassembling the plane ready for use.