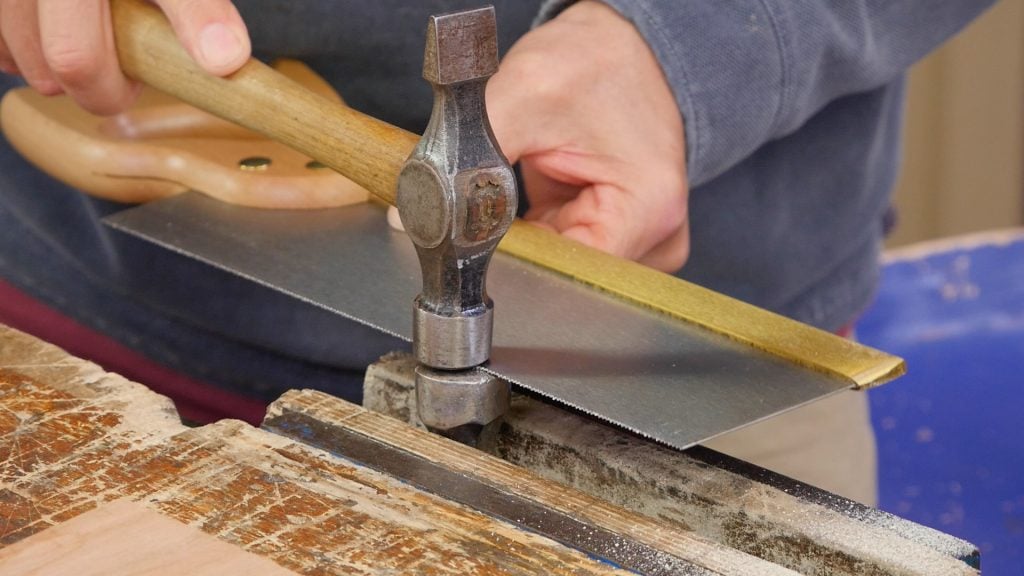 Paul introduces a method of saw setting that he’s used for 50 years. It can be difficult to set a saw with small teeth using a saw set. This is where the punch/nail set comes into play. Paul shows how to centre the nail set on the tooth and use the hammer to achieve just the right amount of set.