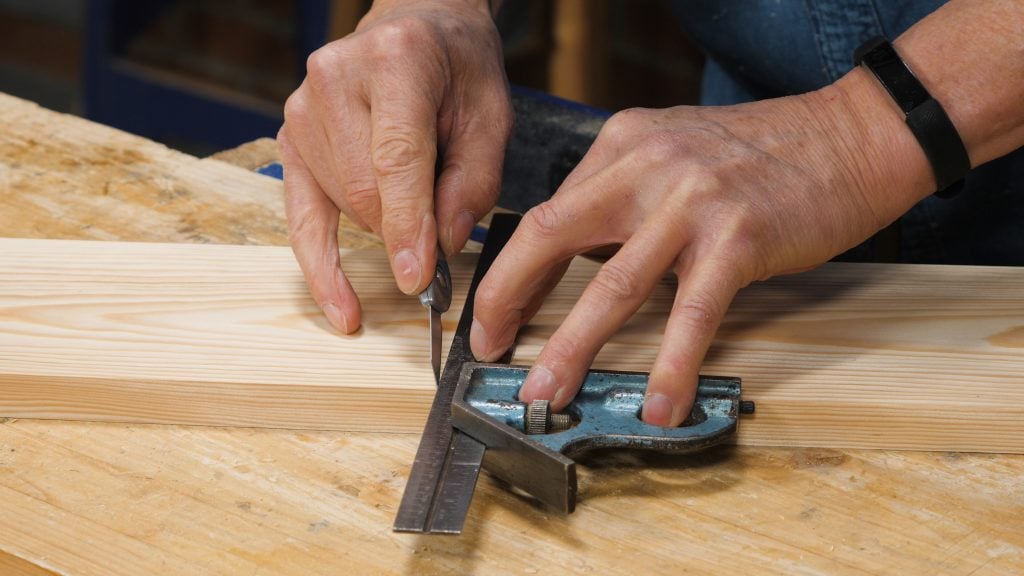 More and more woodworkers now refer to the term Paul coined as knifewall years ago. When Paul first introduced it to his students in the late 1980s the term did not exist. Paul set out to create a single word that not only referred to marking the wood surface, but one that described severing the surface fibres and the creation of a physical knife-cut wall. Knifewall as a term became something woodworkers would saw, plane and chisel their wood to.