Oh, wow! It has been a bumper month for the photo gallery. Thank you very much for sending them all in! These pictures are a window into a whole world of people with the gumption to get cracking on a project and stick with it until something fantastic emerges. There’s a lot more to see in the galleries and we’ll be collecting up some more of the latest submissions next week. 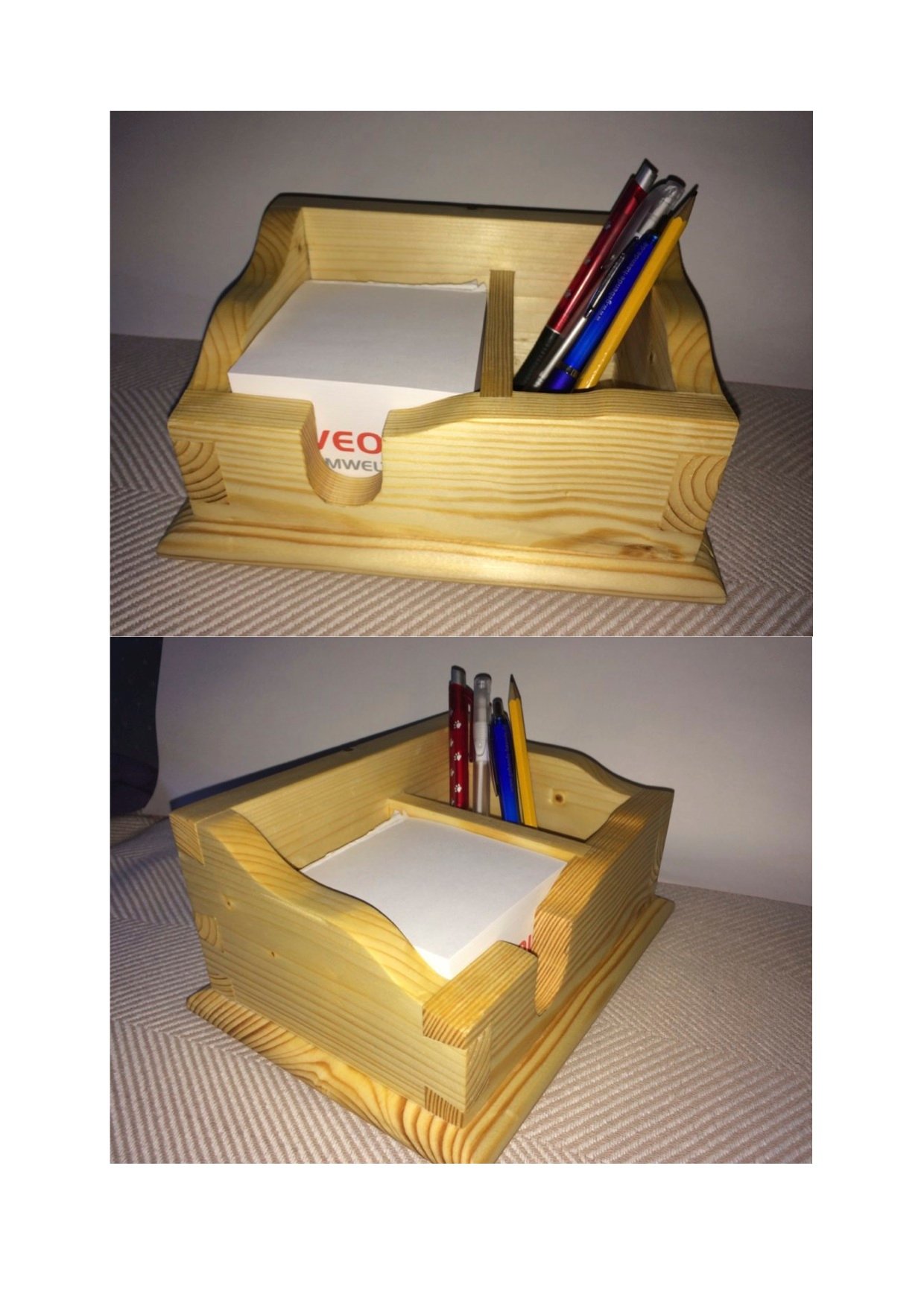 Small pens and notepad crate As a Christmas present, I made this little box for storing notepads and pens. Actually, I do not have to write much, everything was made by hand and connected with dovetails. There really were no electrical machines involved. The rounded edges on the bottom I made, for example with a Stanley # 4. 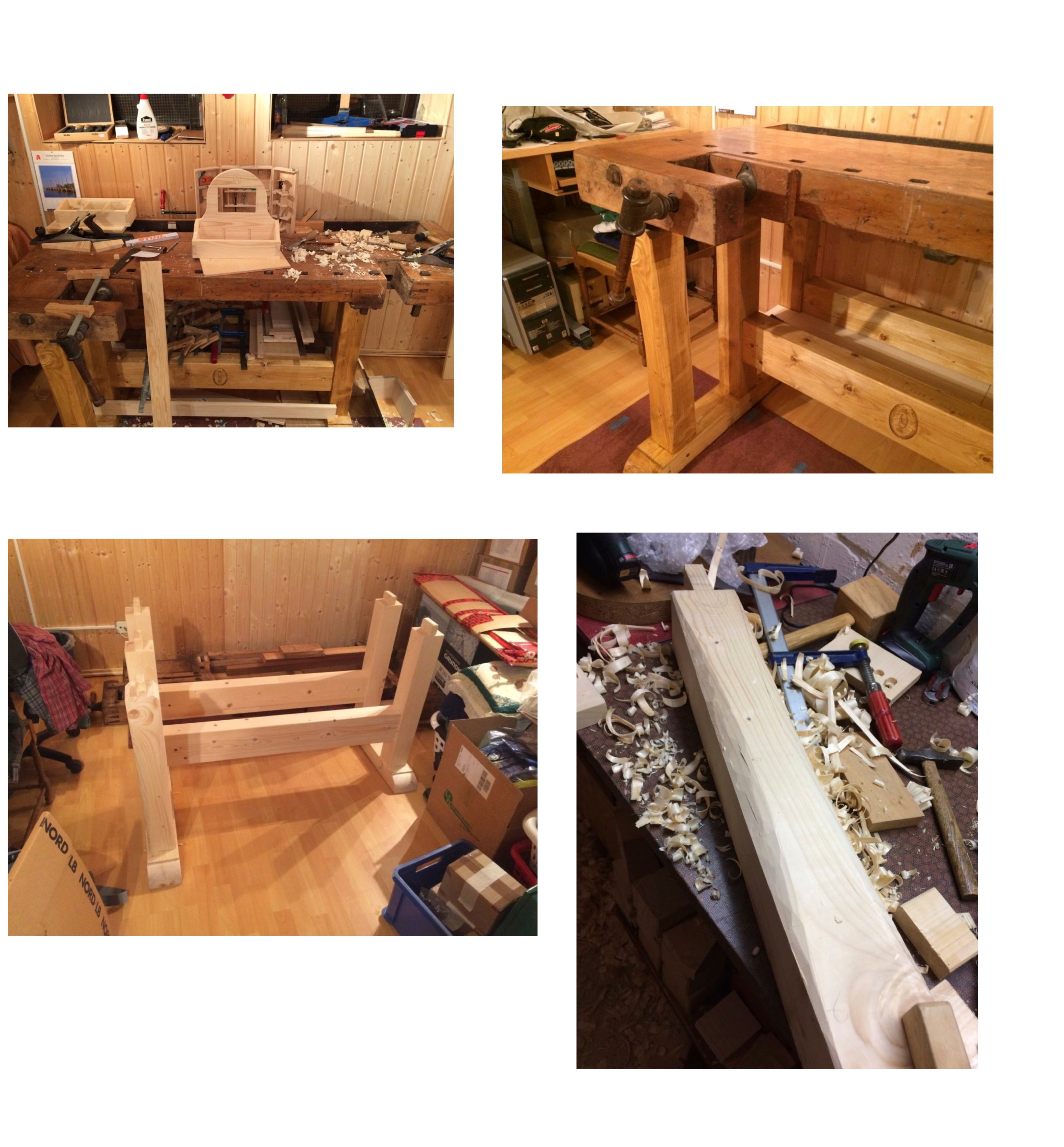 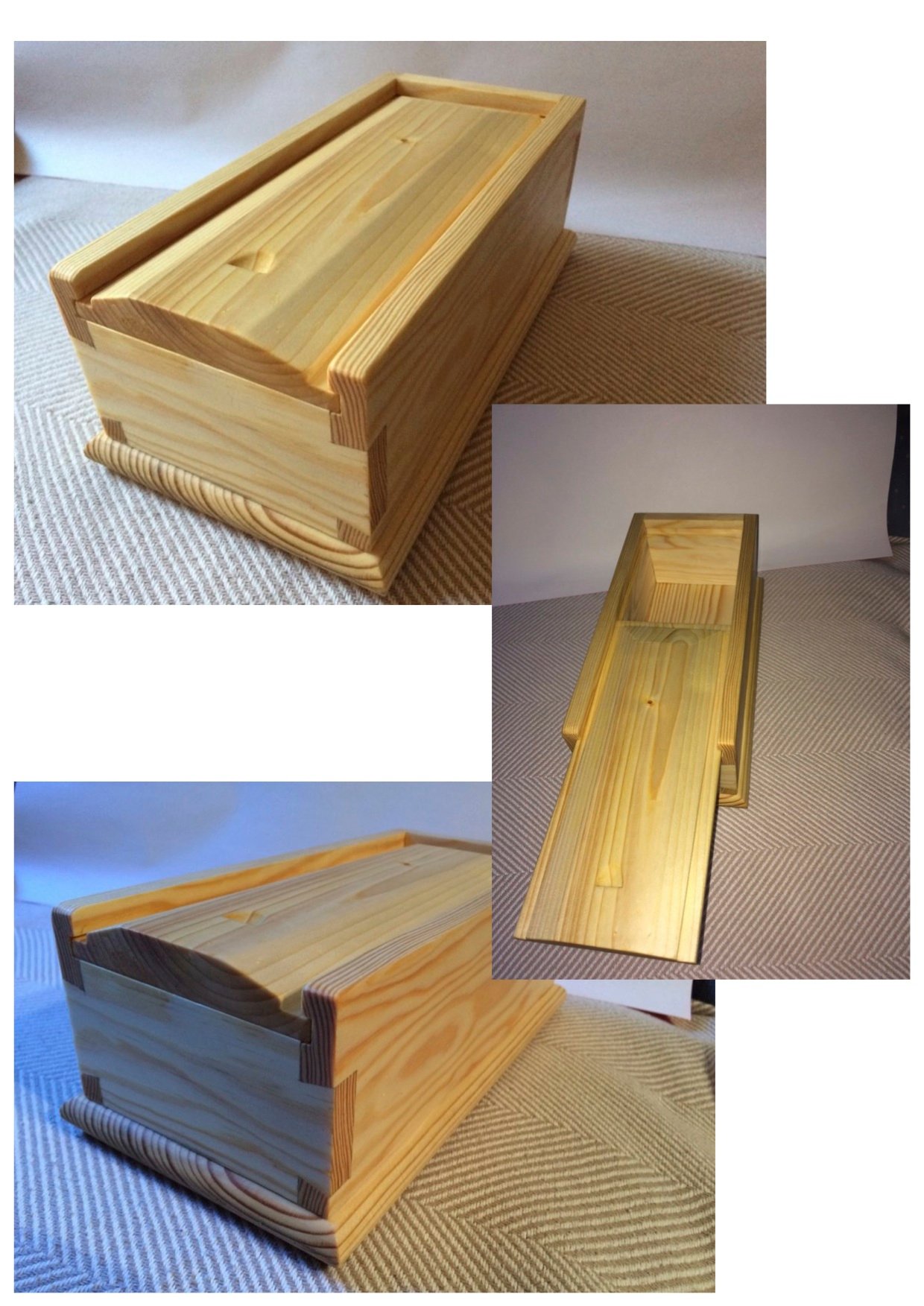 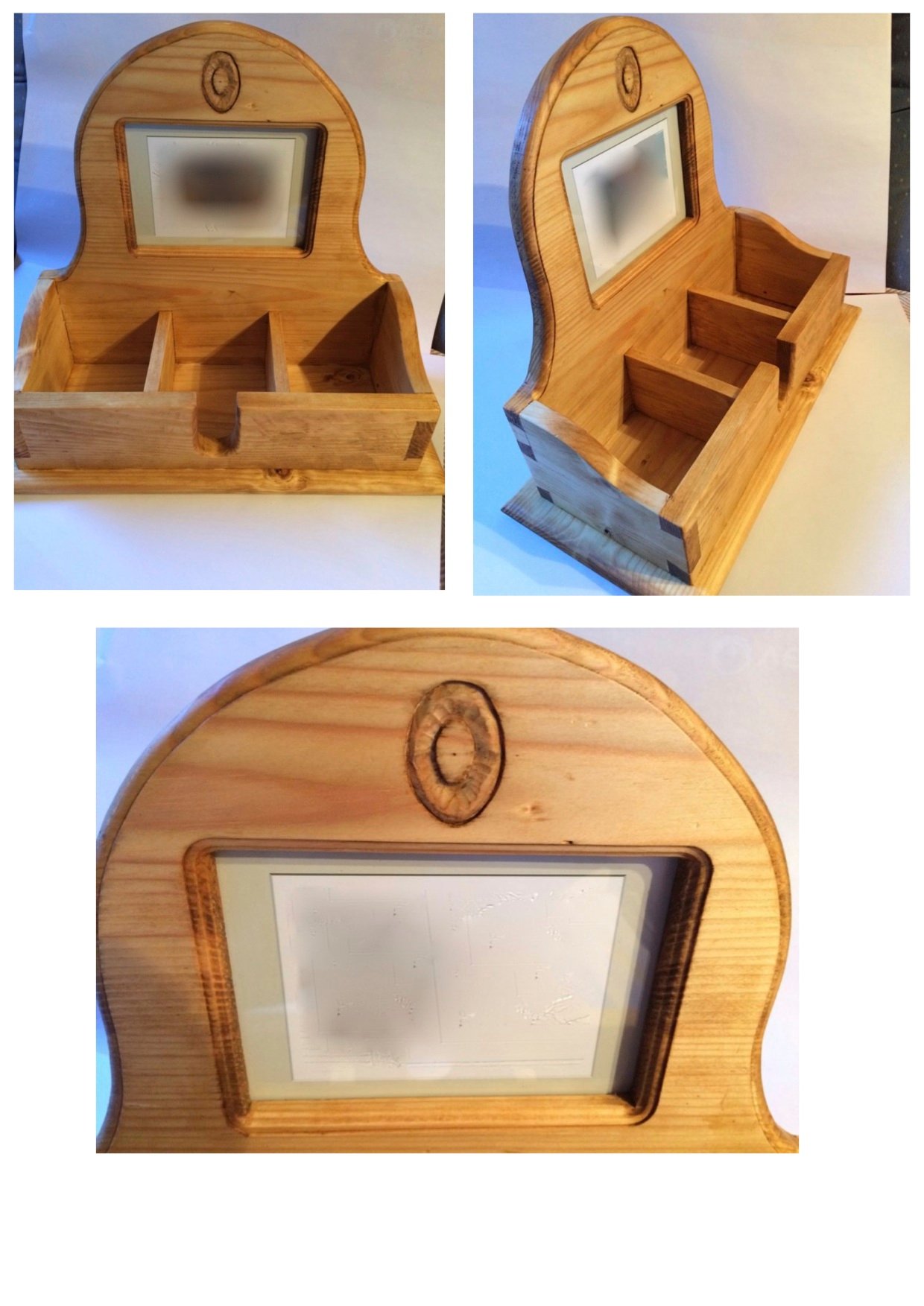 Picture Frame with Tidy by Stellmacher 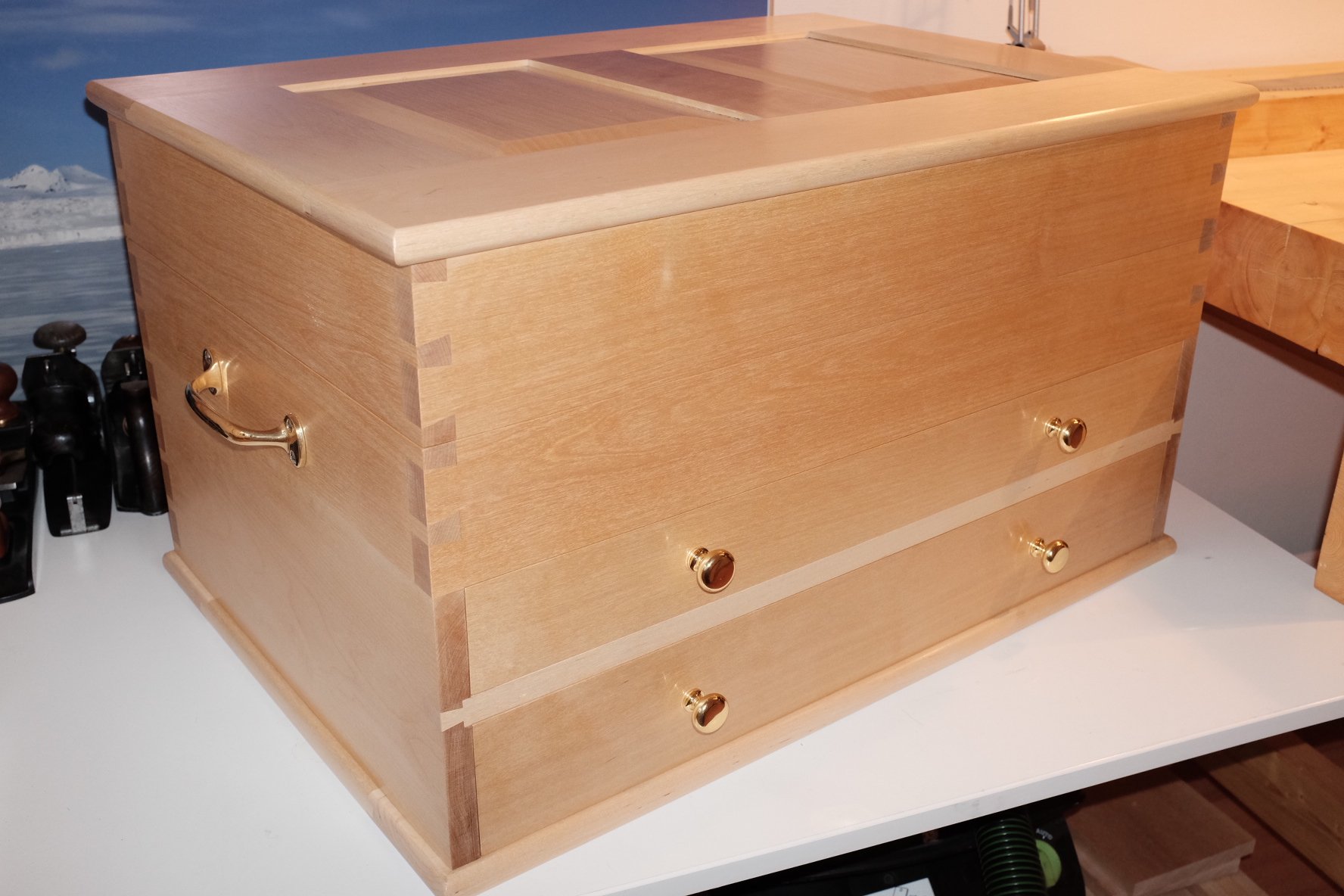 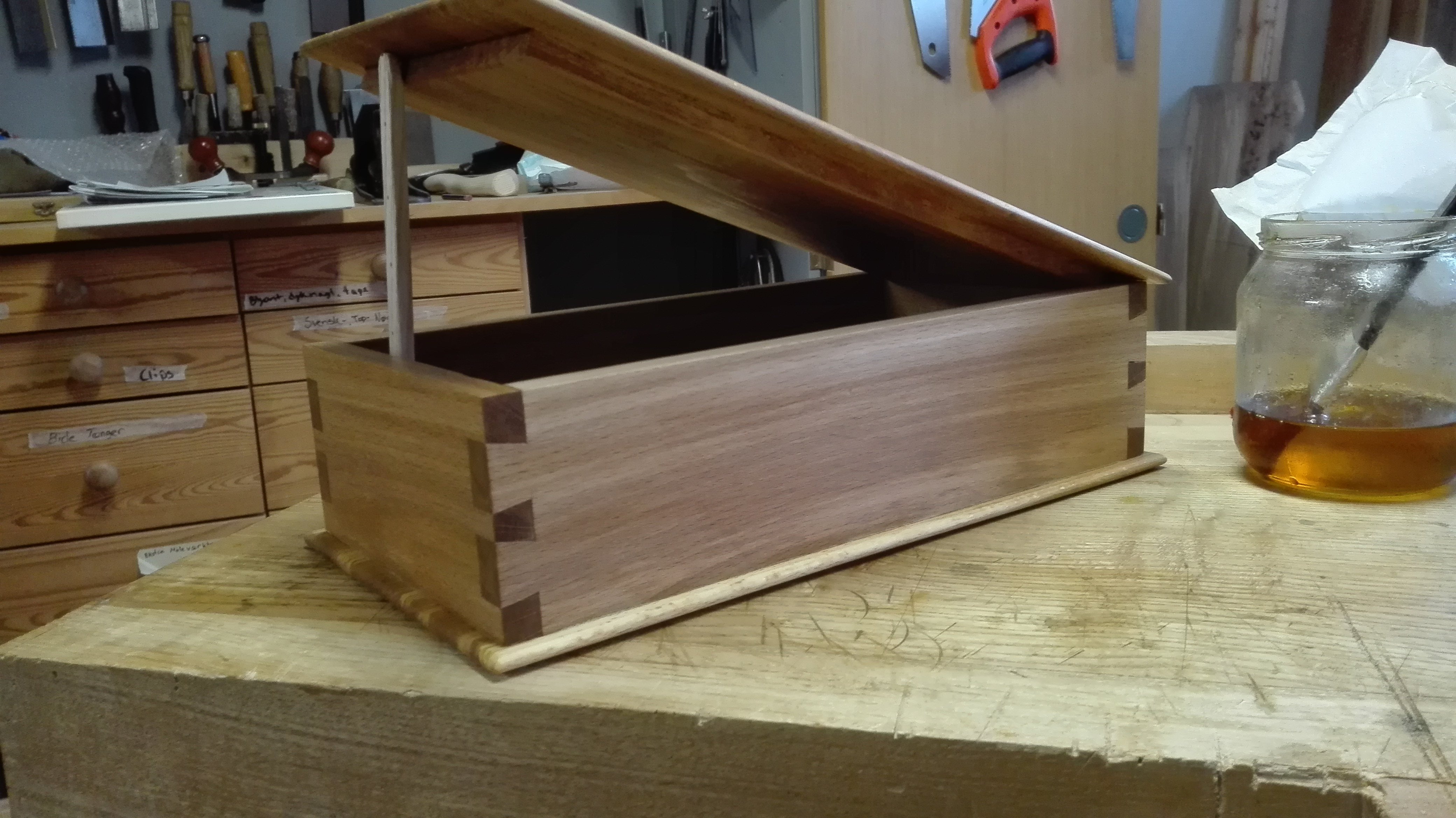 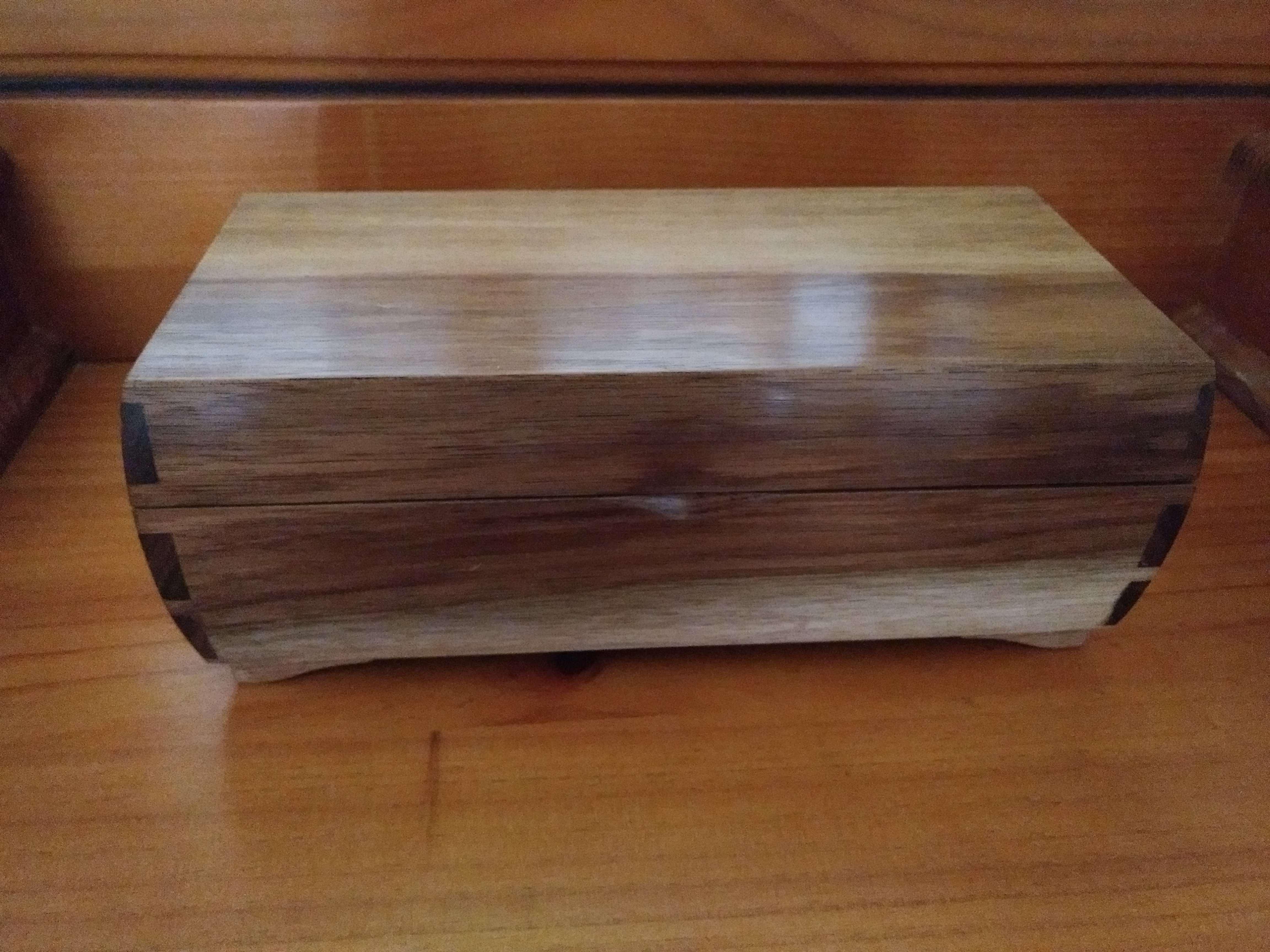 Made for my wife from Tasmanian Blackwood, put a divider down middle which was immediately removed. Better without it. 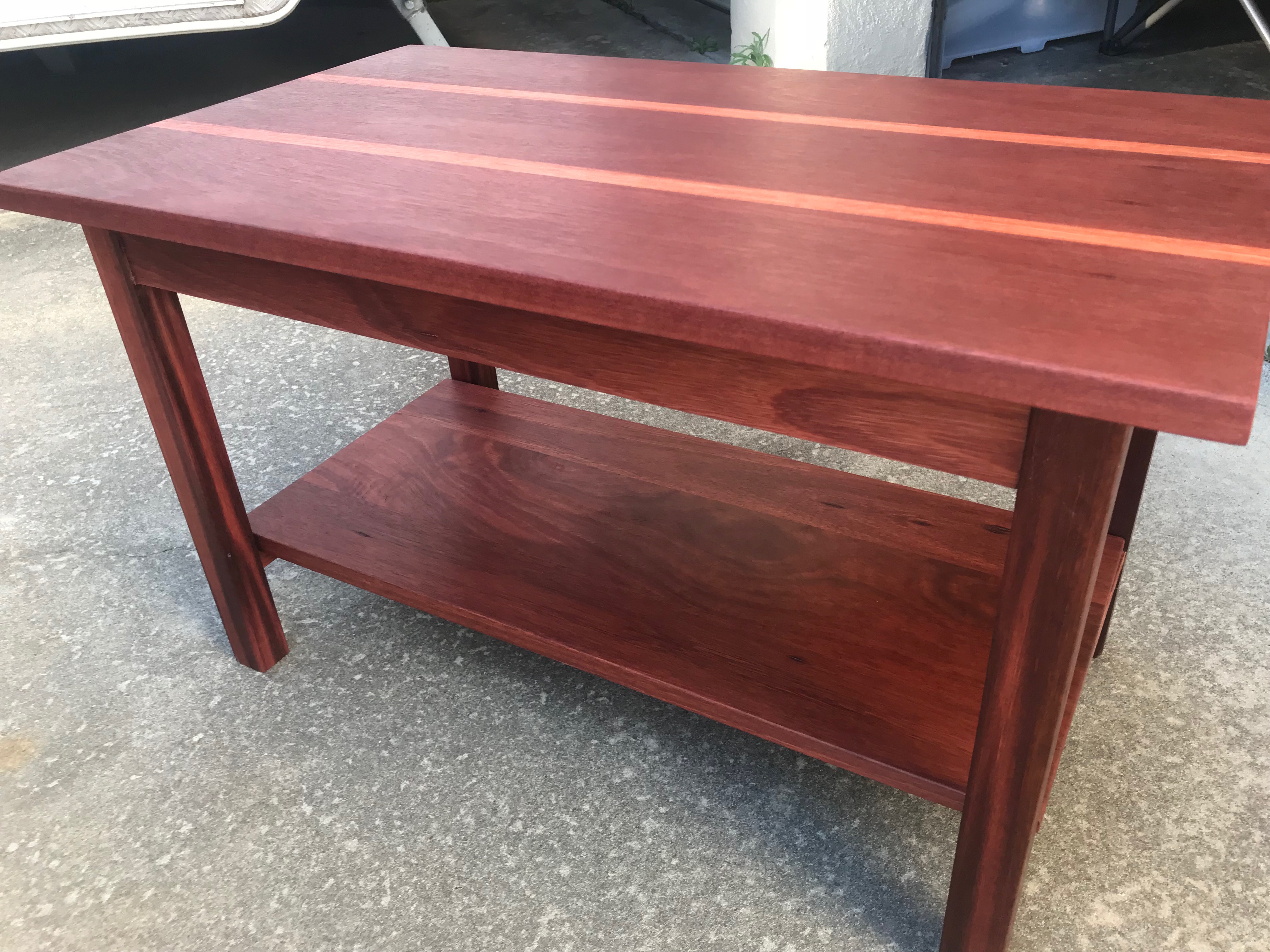 Table made from reclaimed Jarrah as a Xmas gift for my 16yr old. Keeps his rat cage on it now! Contrasting strips of Jarrah in tabletop were needed to give the required width. Finished in 5 coats of wax. 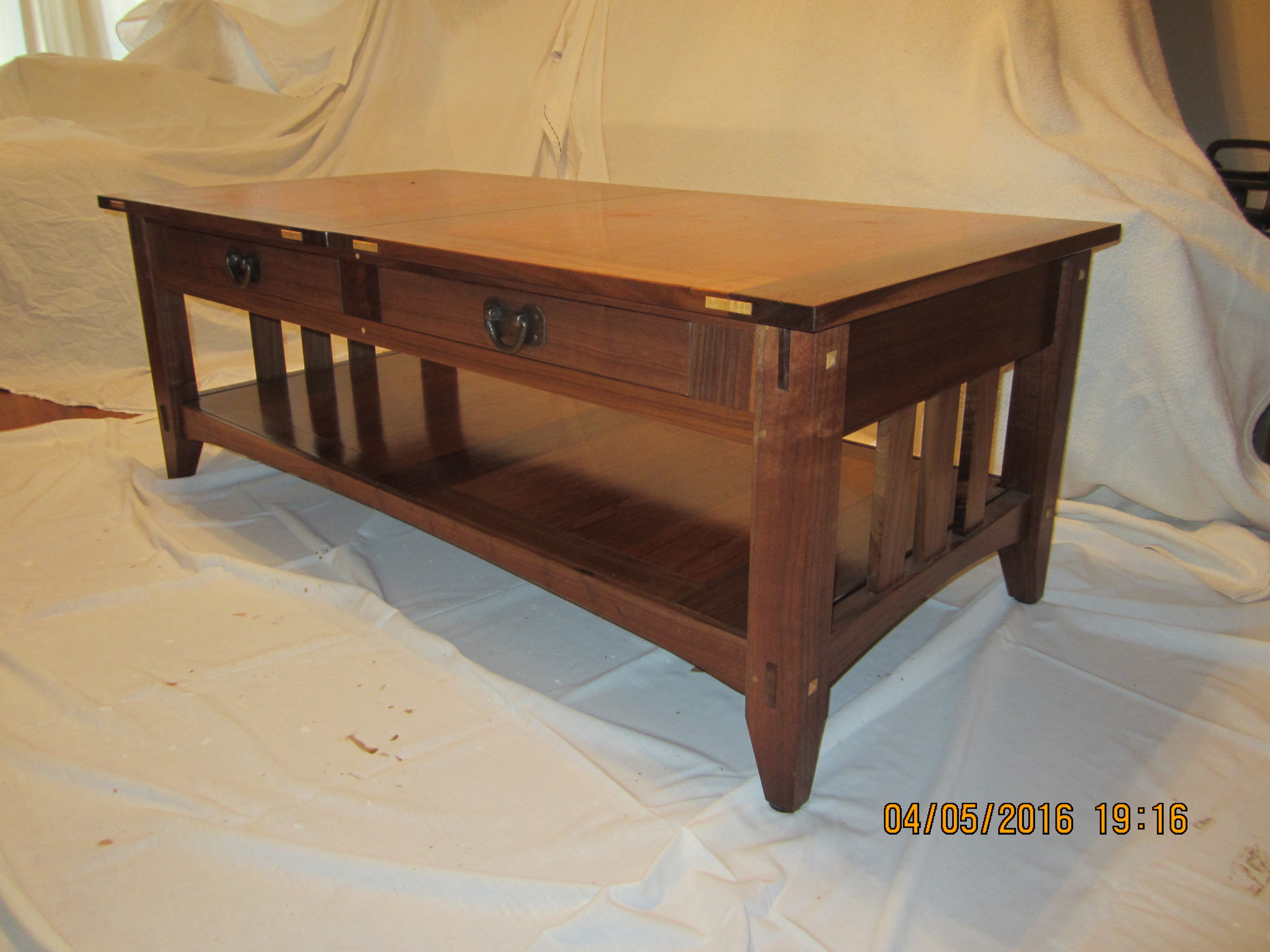 Arts and crafts style coffee table made of black walnut and Cumaru. 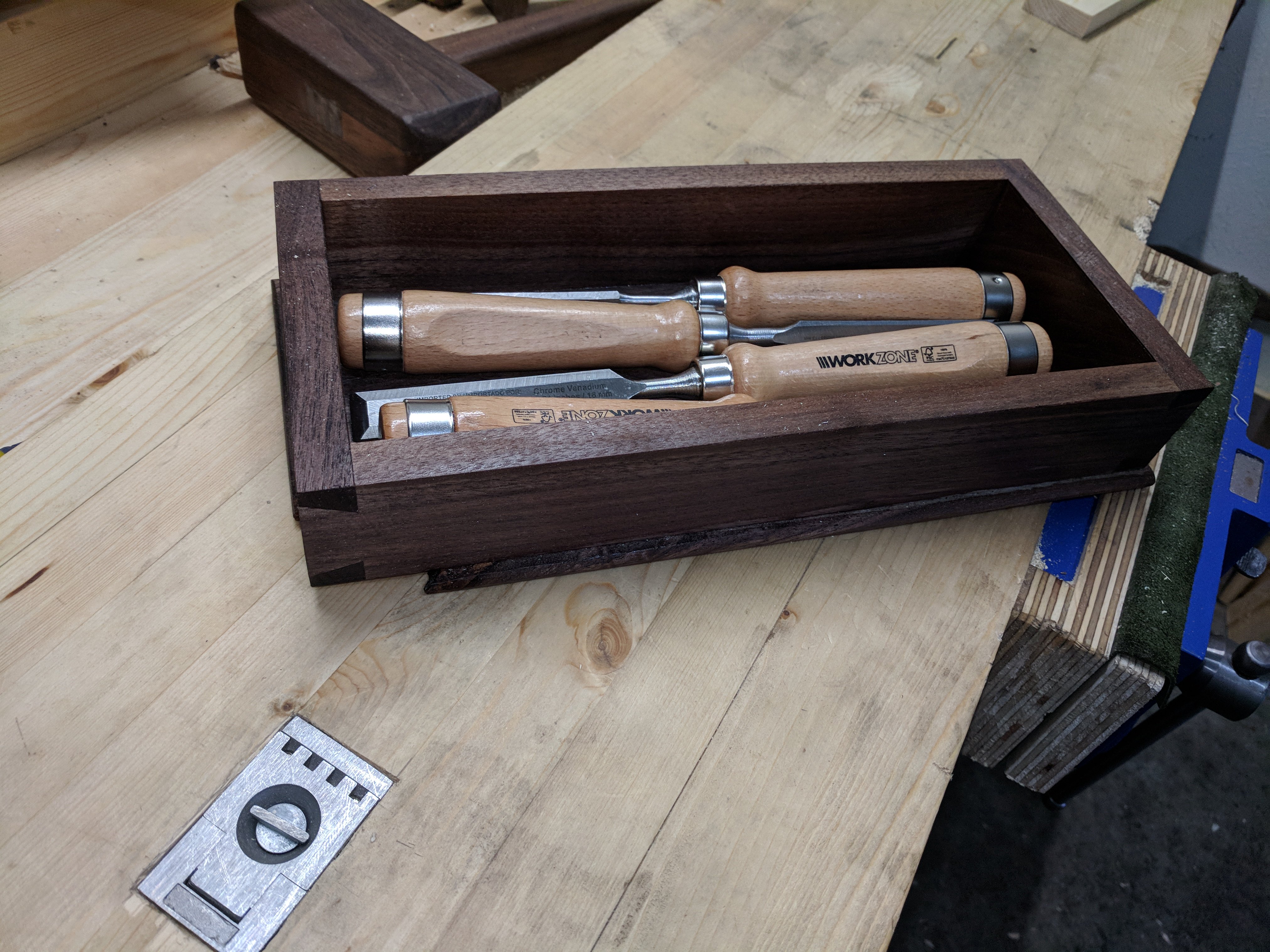 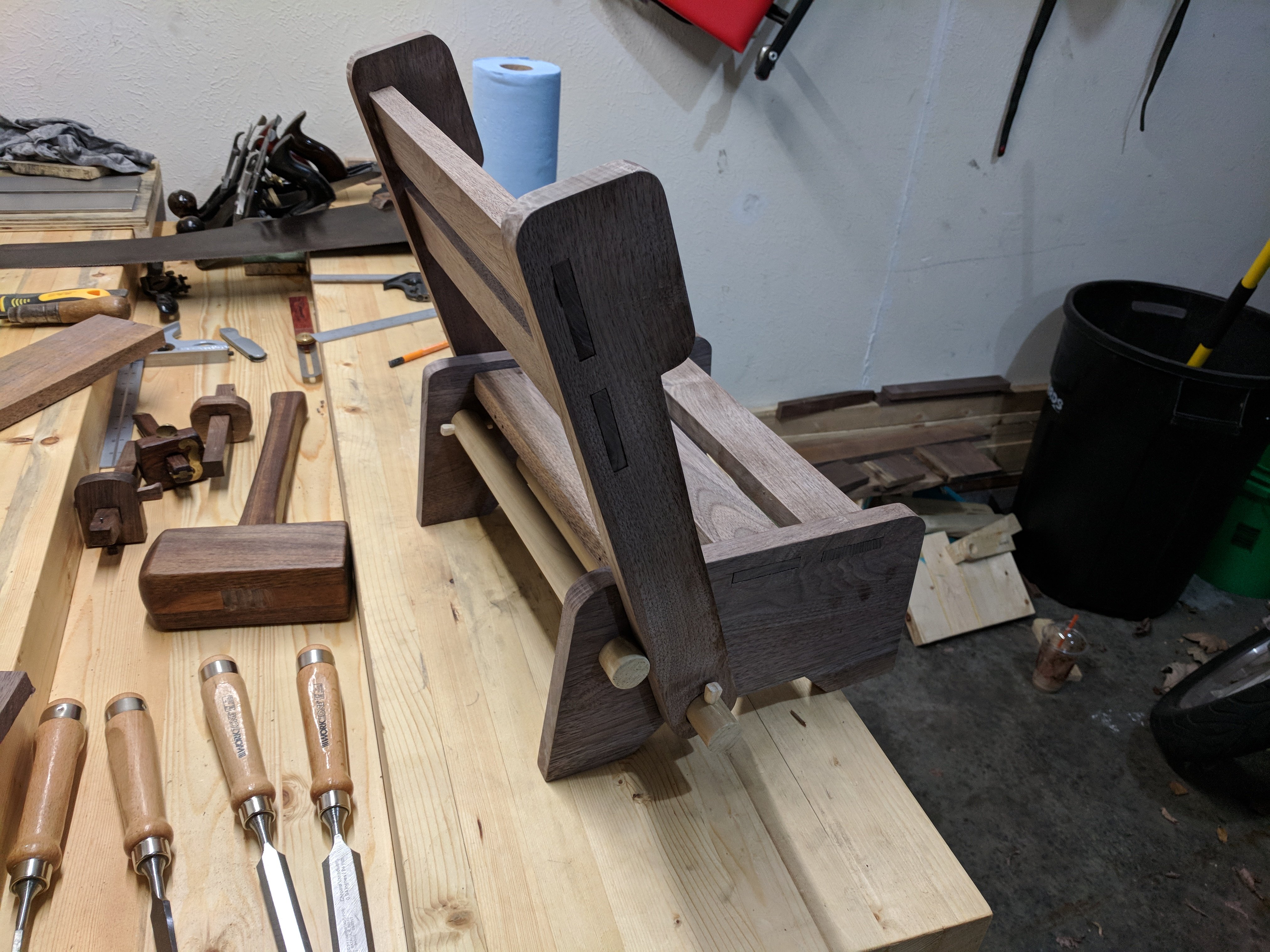 Children’s chair that converts to a step stool 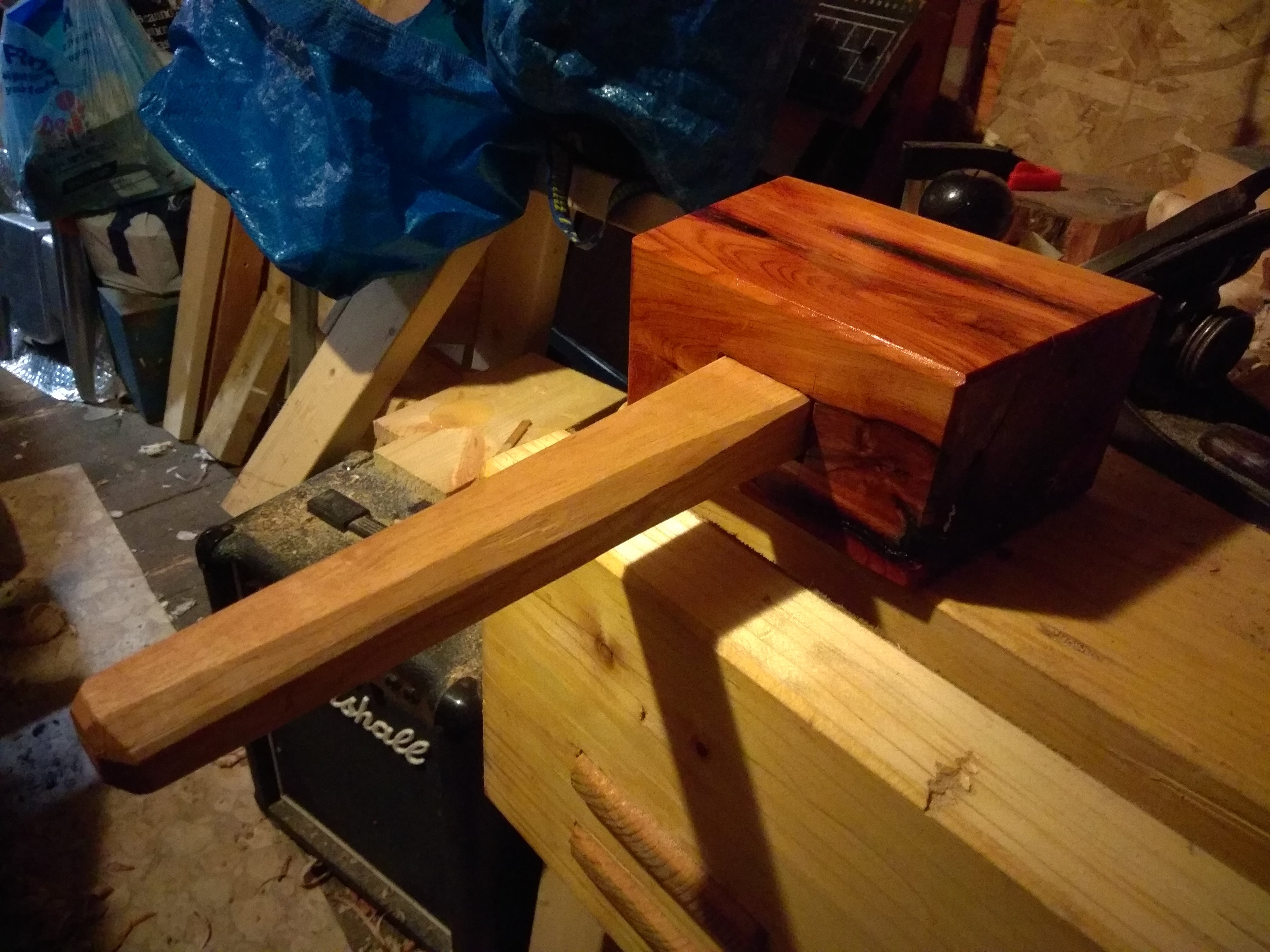 Yew and ash mallet made for a friend’s birthday. He’d cut the yew about 8 years ago and had a nice knotty piece of trunk left. The ash handle was from firewood he’d cut this winter. This was my second mallet – I am just starting out, but it is a really satisfying project to take from tree to finished object. Thanks for the instruction – it is much appreciated! 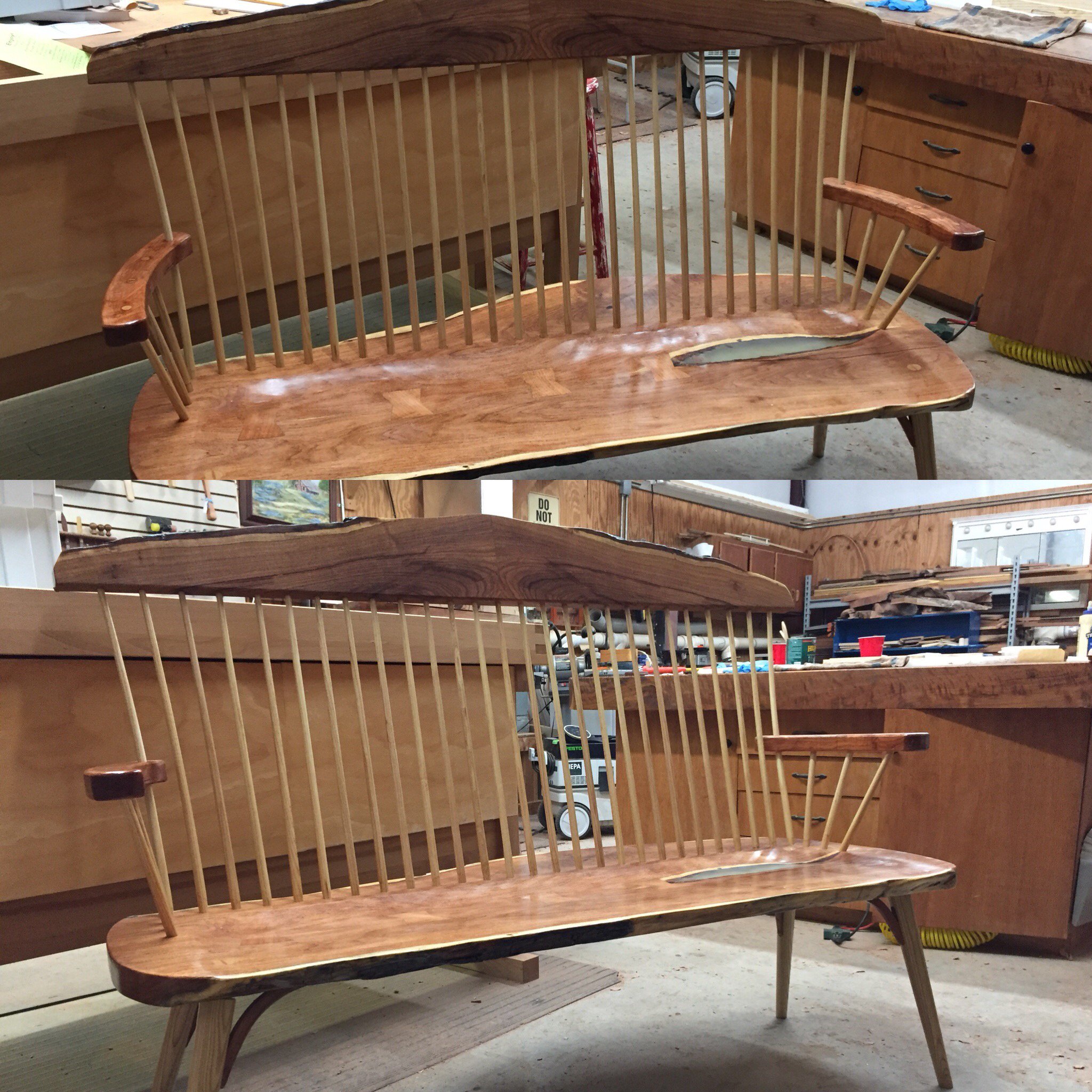 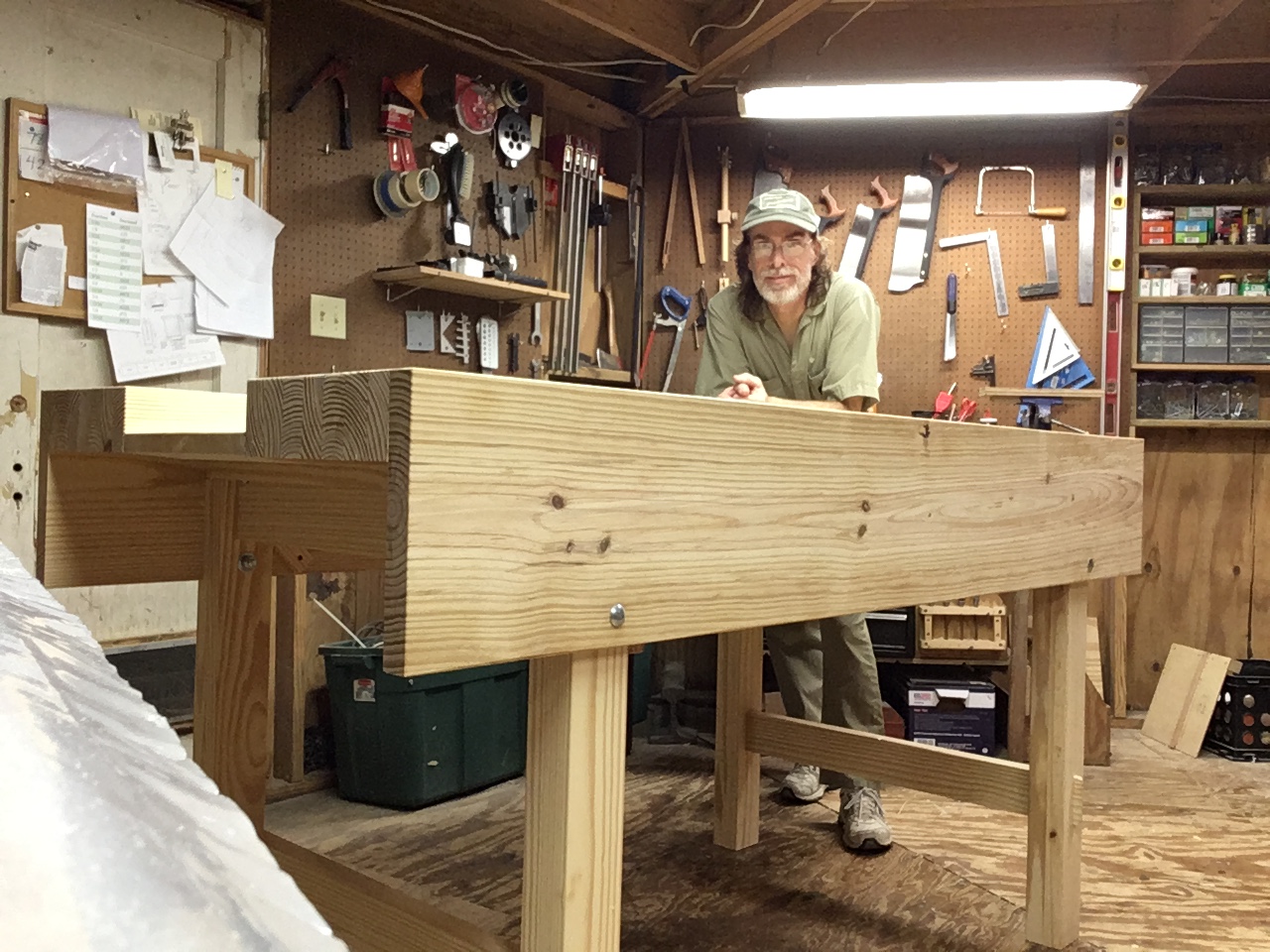 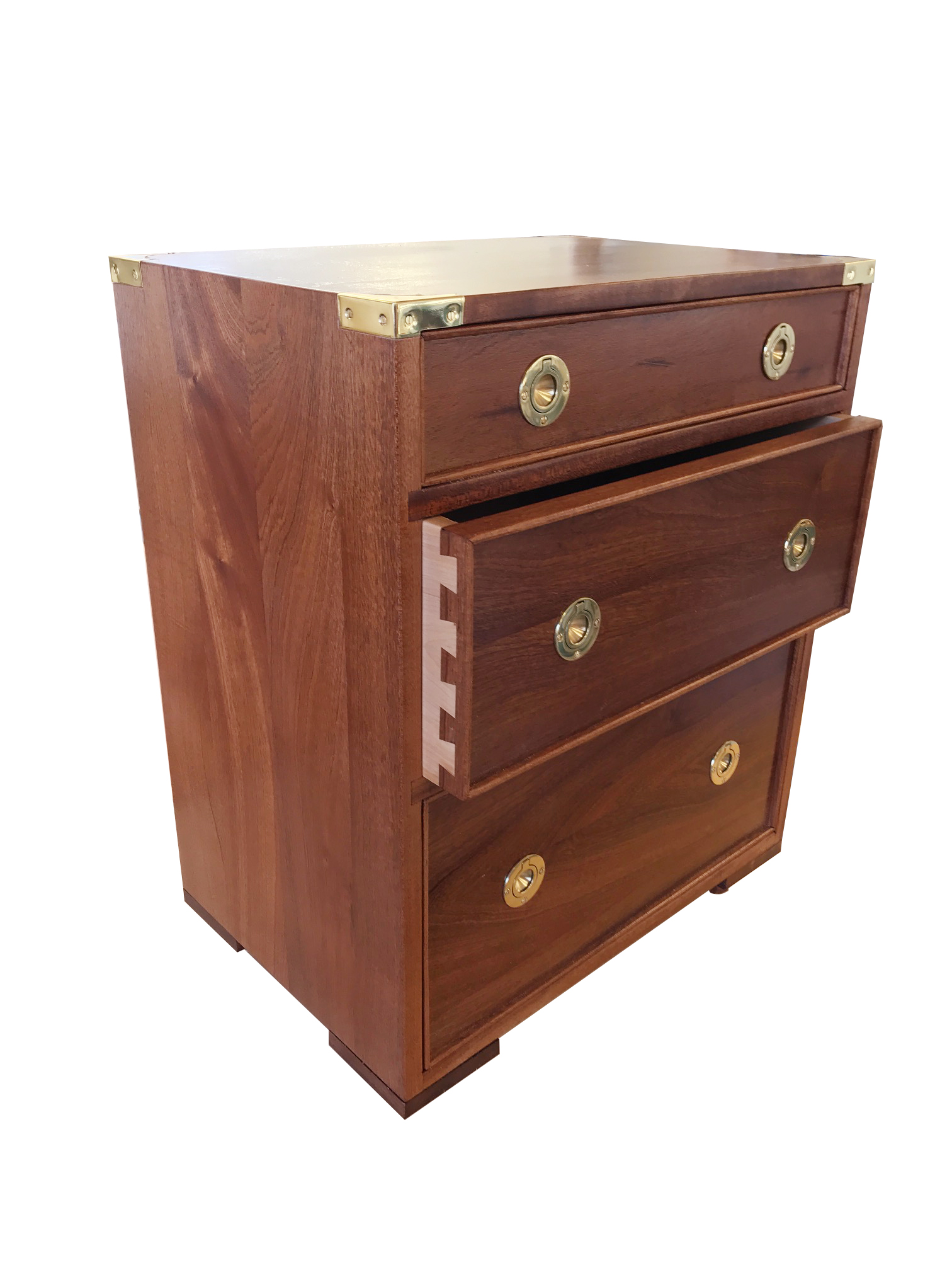 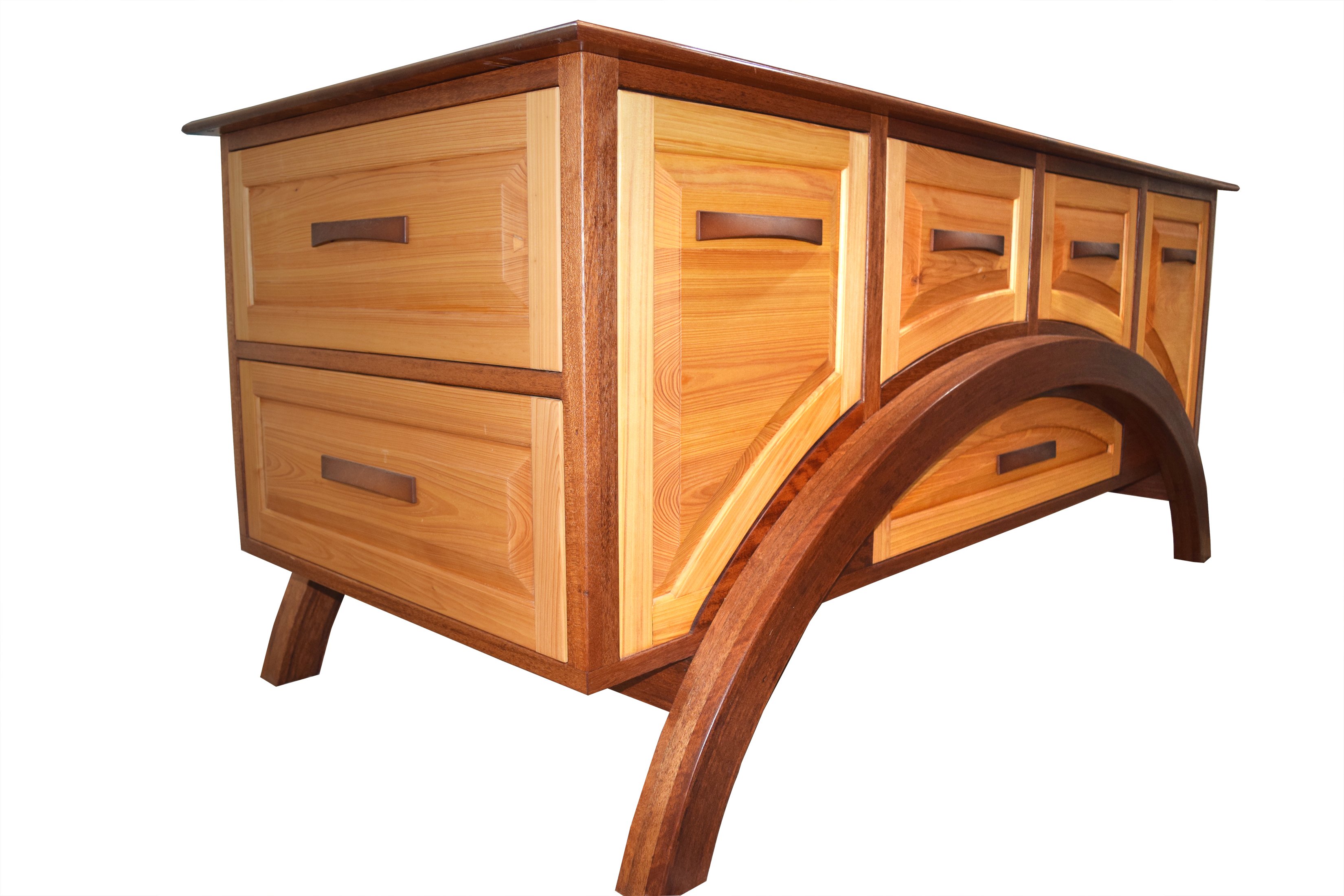 Chest of Drawers by Chris Stasny 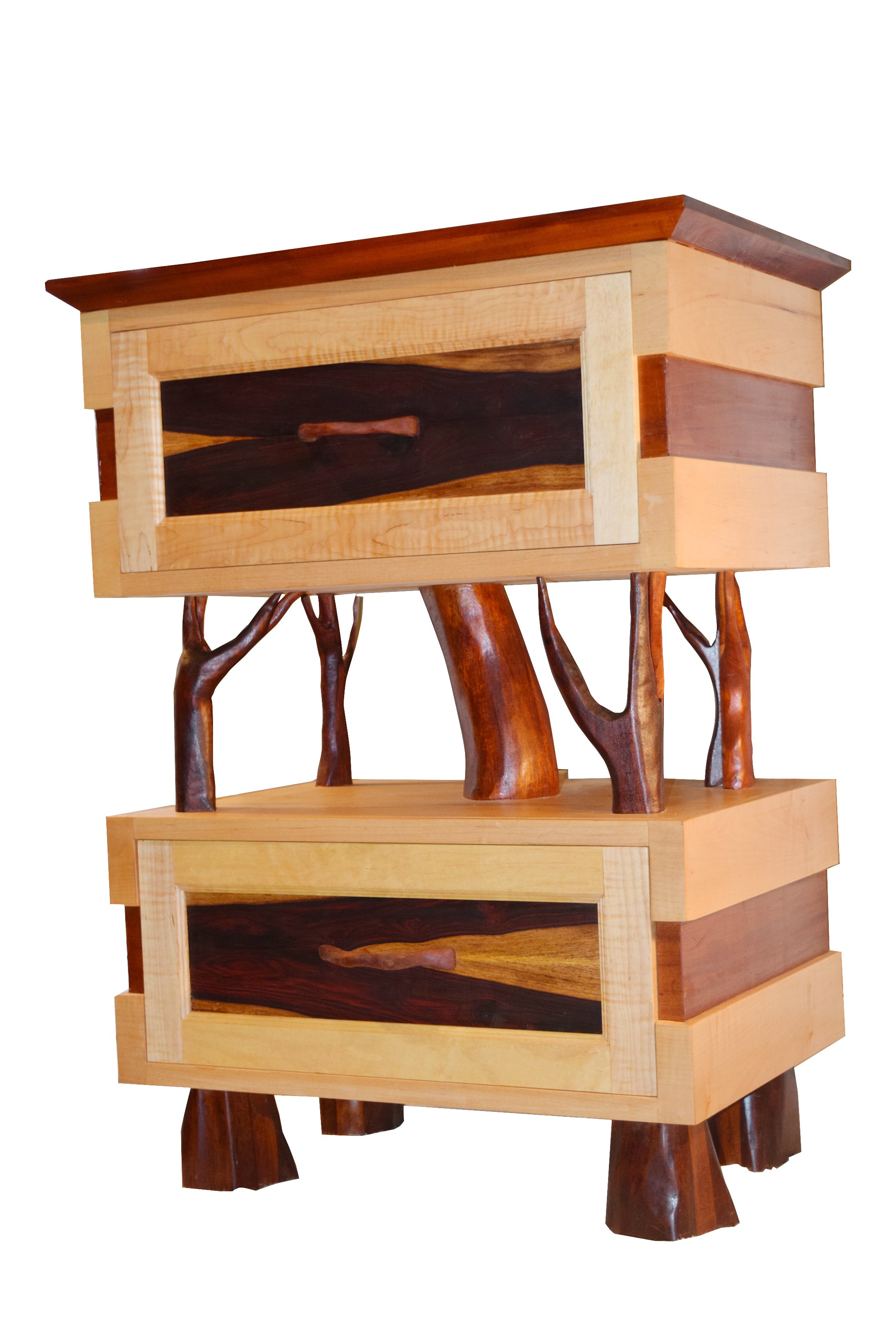 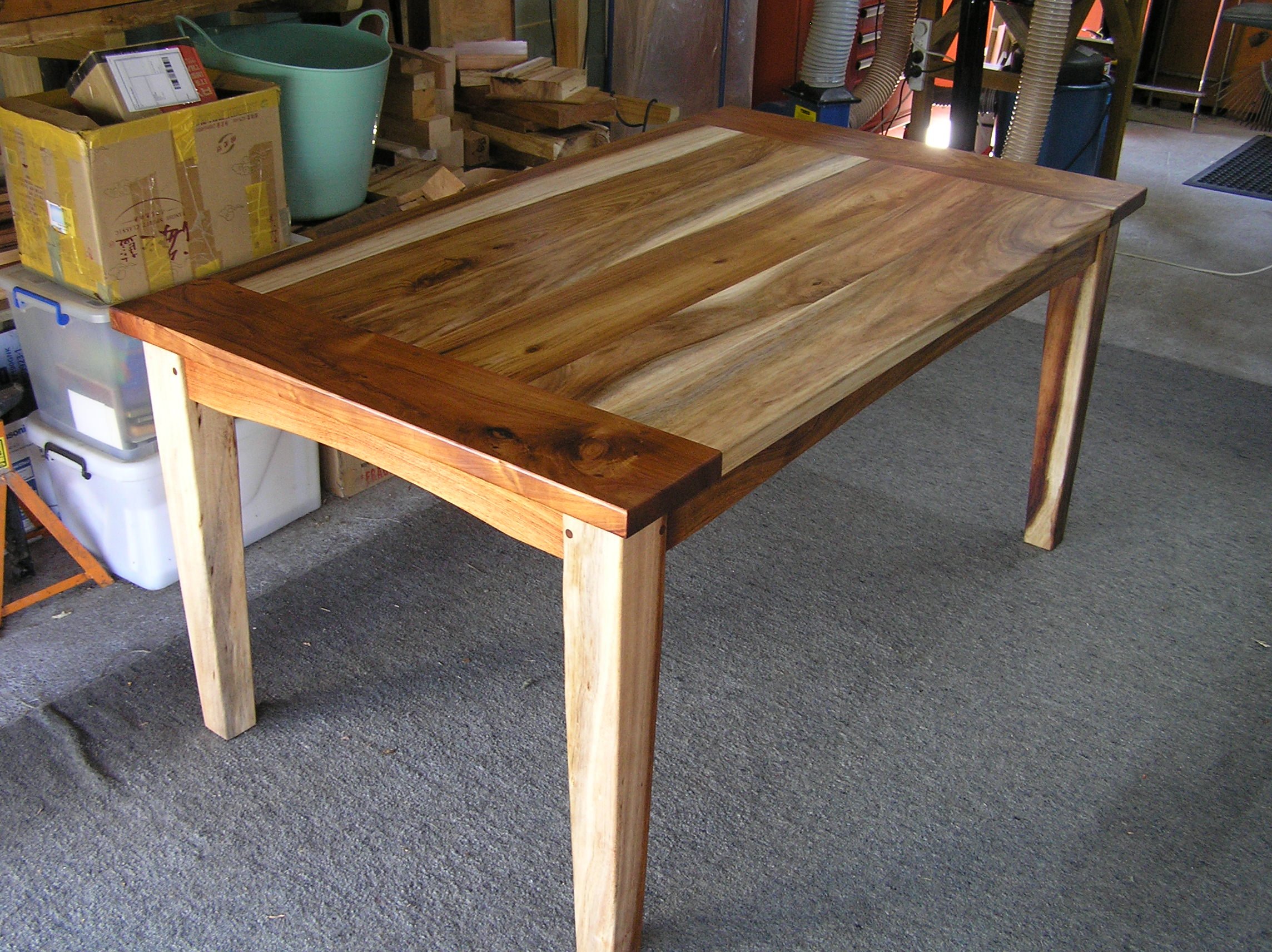 Not an easy wood to work with and not a perfect piece but my wife loves it so that is a good score. 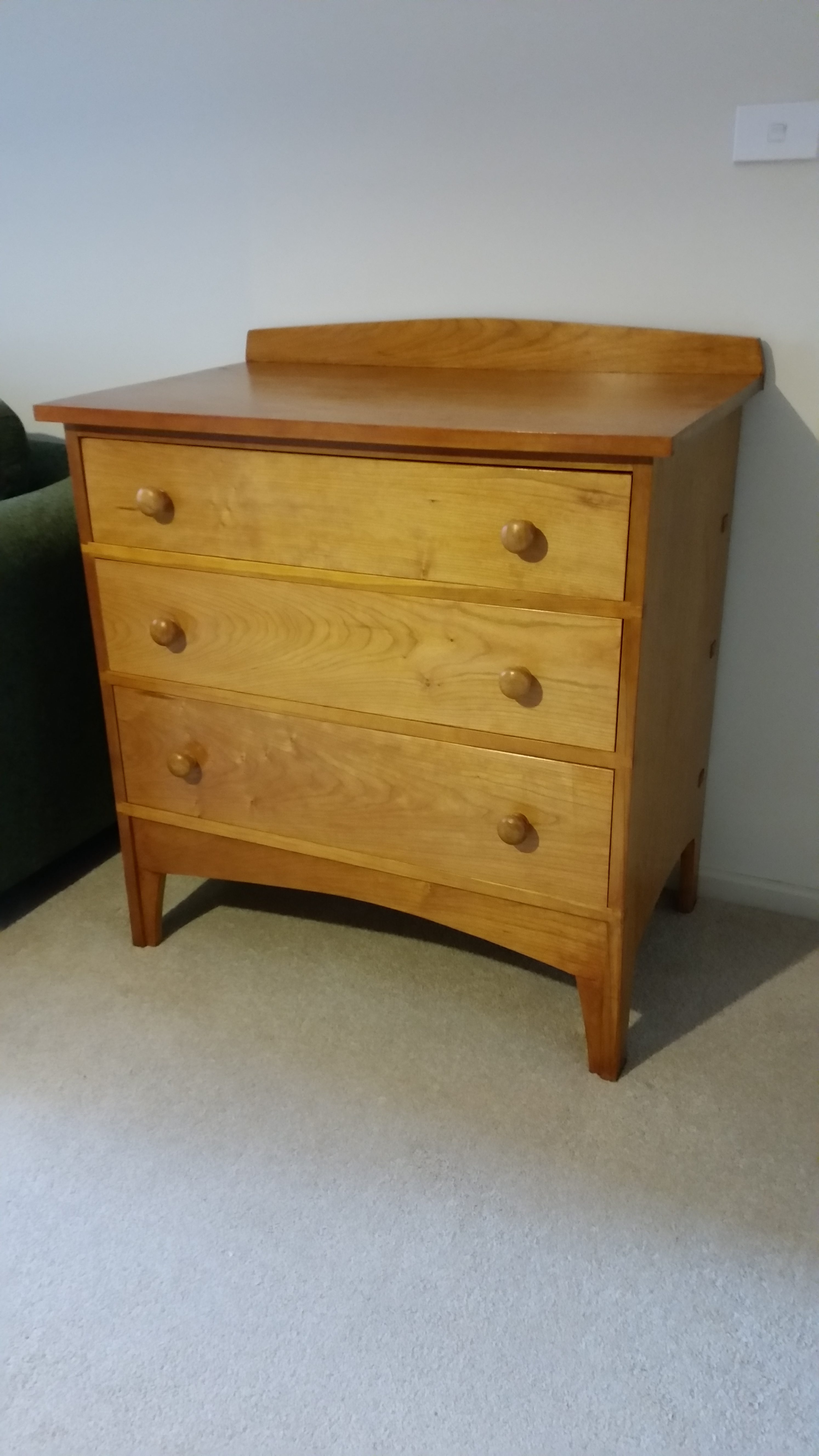 Chest of Drawers by Kat Bridle