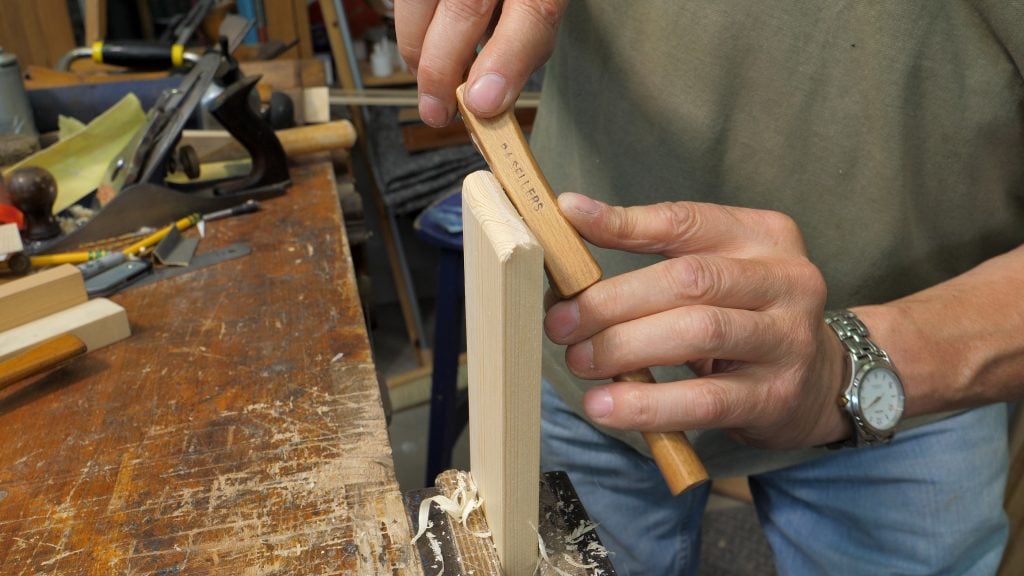 The shaping proper starts with the coves. They are drilled for an even radius, then Paul saws down the line. Then the handles are refined and shaped using a spokeshave, rasp, plane and scraper. Then the adjuster can be fitted and the blade sharpened ready for use before the finish is applied.