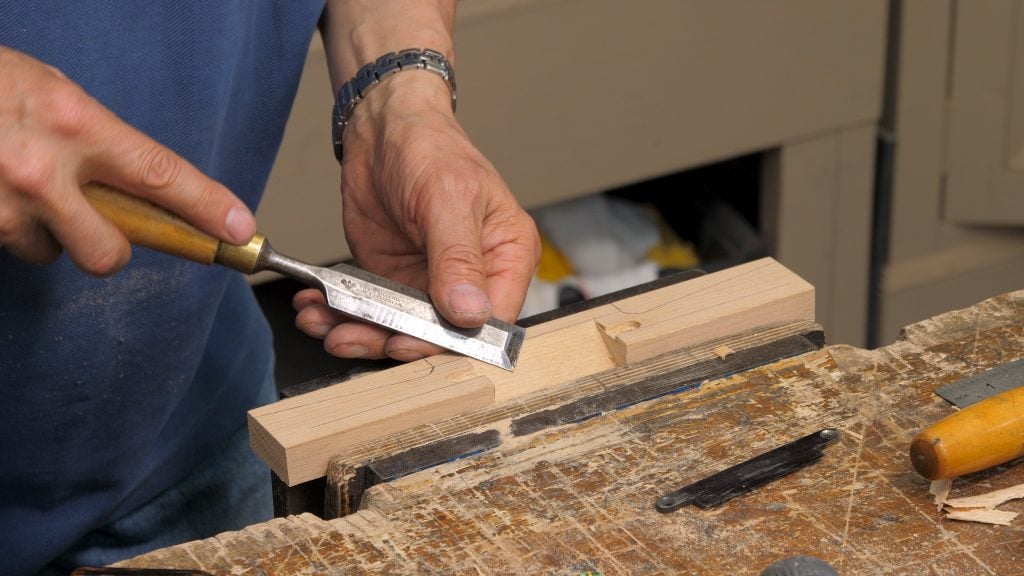 Paul starts by shaping, drilling, and beveling the blade. The blade is then hardened, which can be done in various ways. With that done, the blade and a simple template can be used to layout the spokeshave body and the blade recess and escapement are cut.