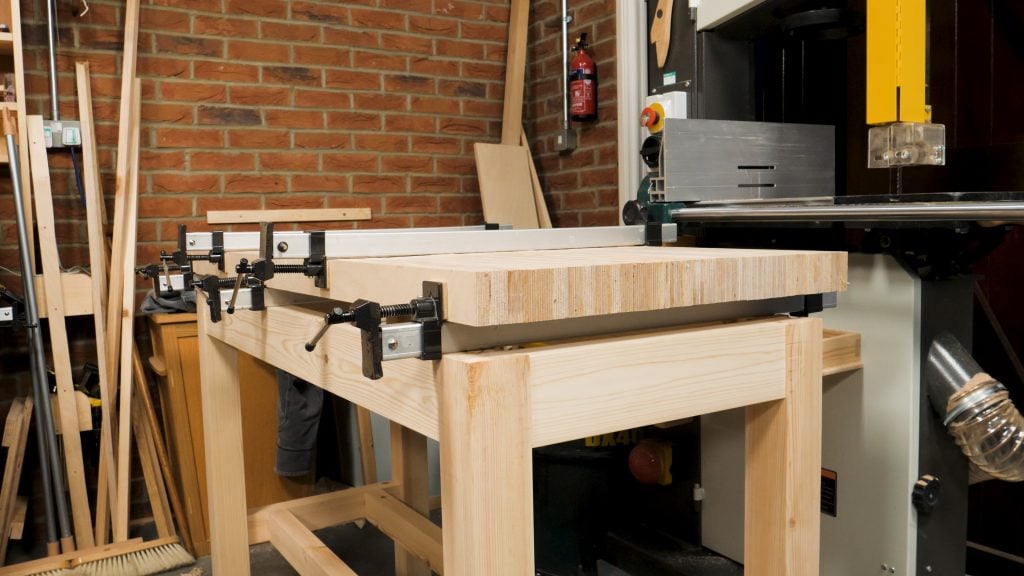 We are nearly there with this project now. In this episode Paul glues up the main frame, being careful to get the parts in the right order. Some bits are a somewhat awkward as the rails are quite long. Then, Paul prepares the shelf piece by planing, scraping and sanding it in readiness for installation.