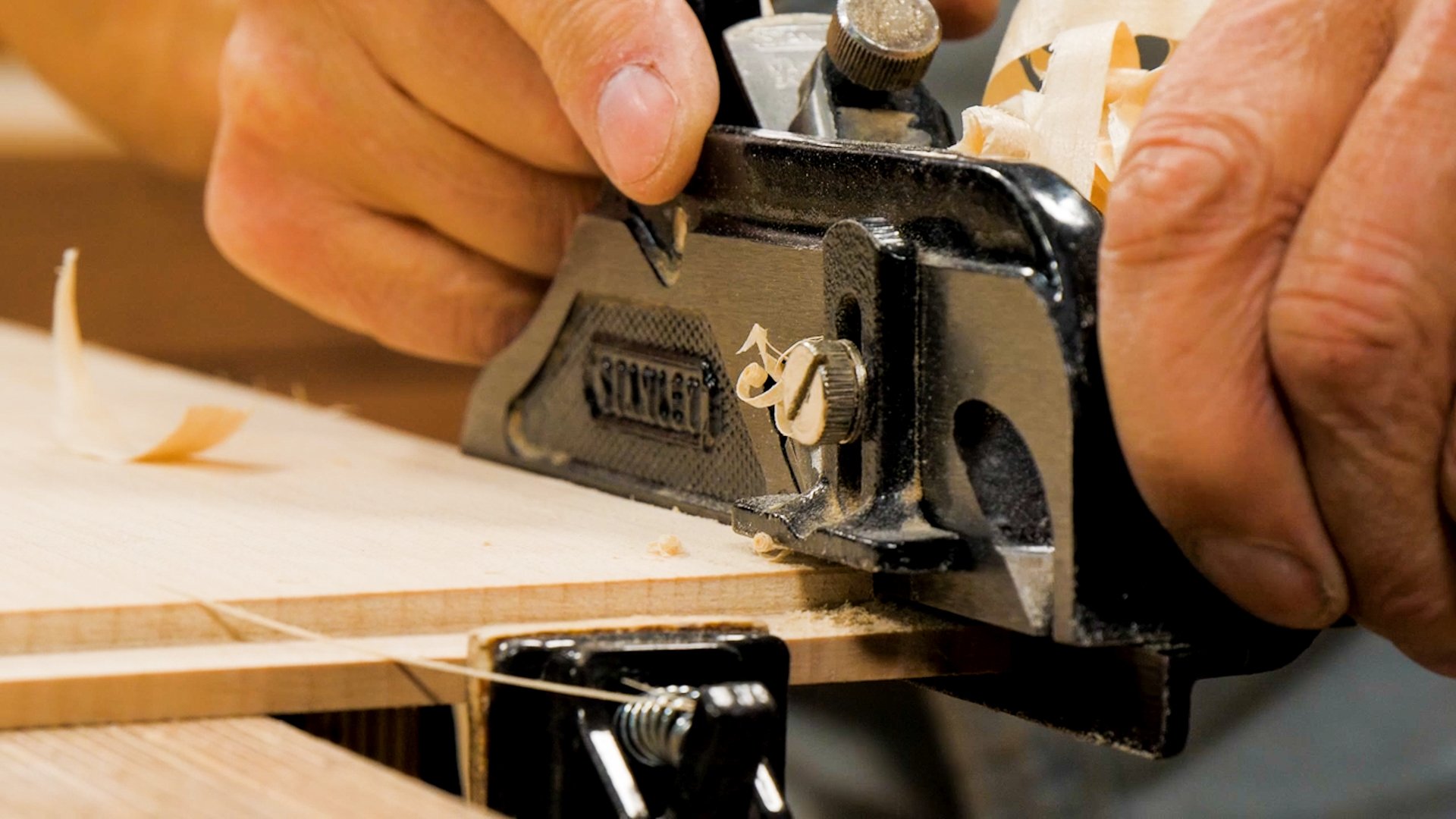 The episodes are bringing the whole cabinet together piece by piece, and in this one, we create the panels for the doors, fit them and then glue up the doors ready for fitting. We also move ahead with creating the divider rail to separate the drawer from the doors, which are dovetailed into the sides of the cabinet and facilitate fitting the drawer rails and fitting the drawer to the cabinet. The drawer front is what we call an overlaid drawer front; this also serves as the stop for the drawer. Once completed, it lines up with the doors immediately below the drawer – Lots of planing and fitting techniques to learn from throughout this episode.