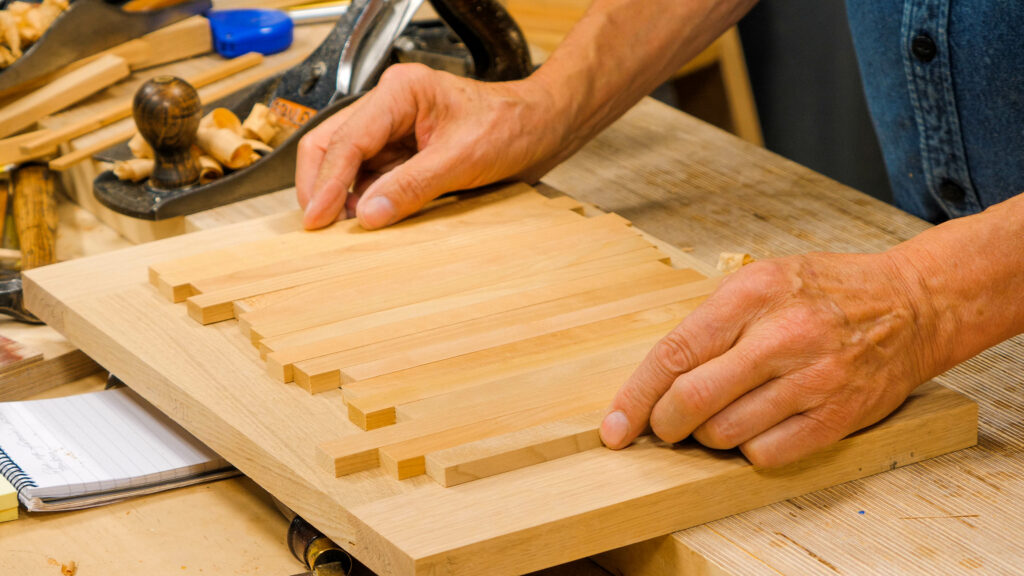 Paul has had the idea for a tambour-look to his panels for some time and he wanted this to be a part of the Sellers Home content at some point, so this is it! Having made his main frames, Paul picked up all of his offcuts and scraps of cherry from the waste box to rip as tambour pieces to create the panels. In this episode, Paul walks you through the steps it takes to deliver an unusual effect for his TV stand base unit. We think it looks unique and effective for very little effort, and Paul can tie the unit to my other cherry pieces in the living room series.