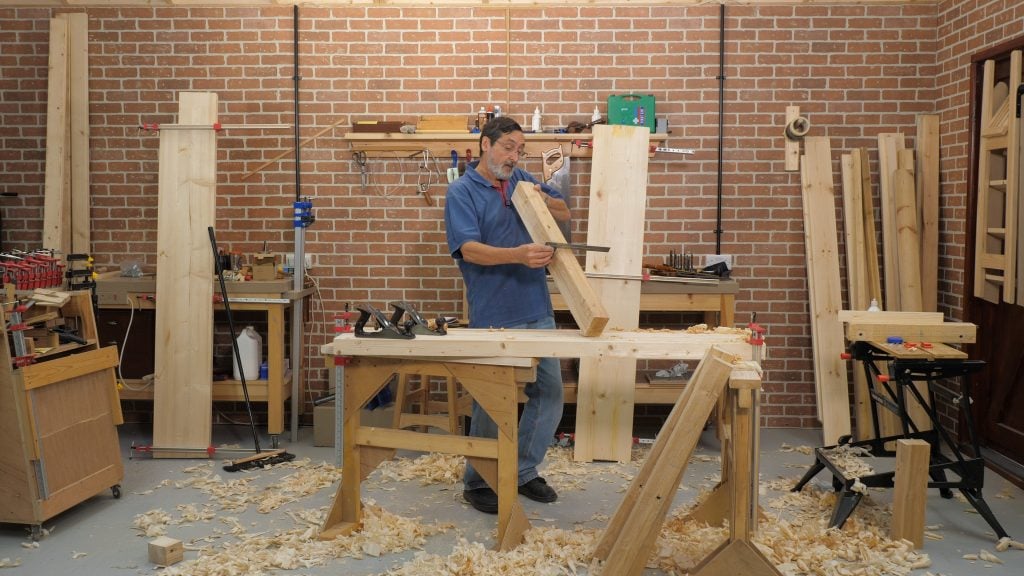 Using the benchtop as a surface, the aprons are planed flat and square. Then they are laminated and set aside before the legs are cut to length and planed square.