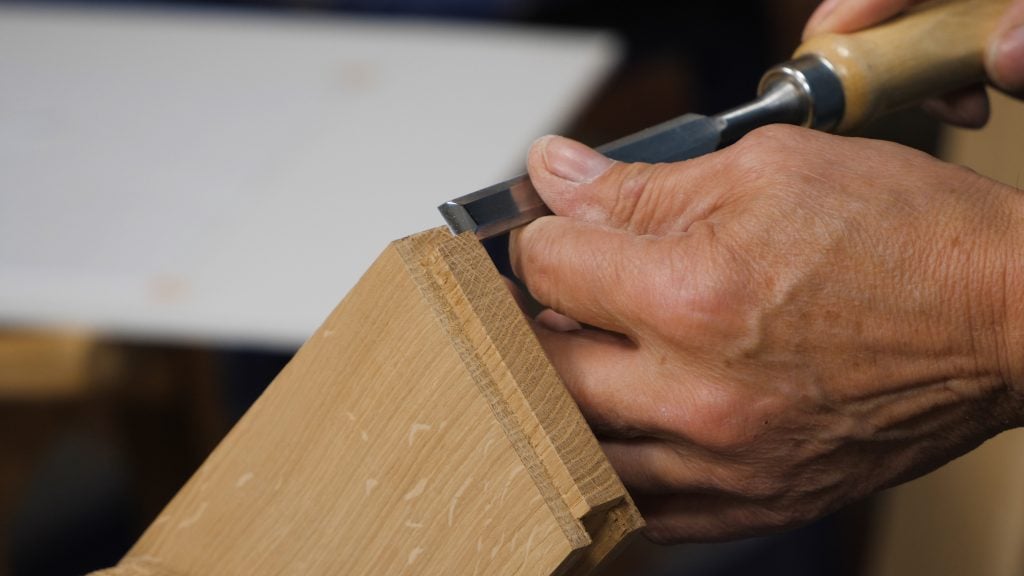 After finishing the end frames of the cot, Paul moves on to create the grooves along the long pieces using the plough plane. Paul takes you through the process whilst troubleshooting a slight problem he incurs with the plane. Once the grooves have been cut, Paul moves on to cutting the tenons for the long rails which then fit into the mortise holes within the front and back frames.