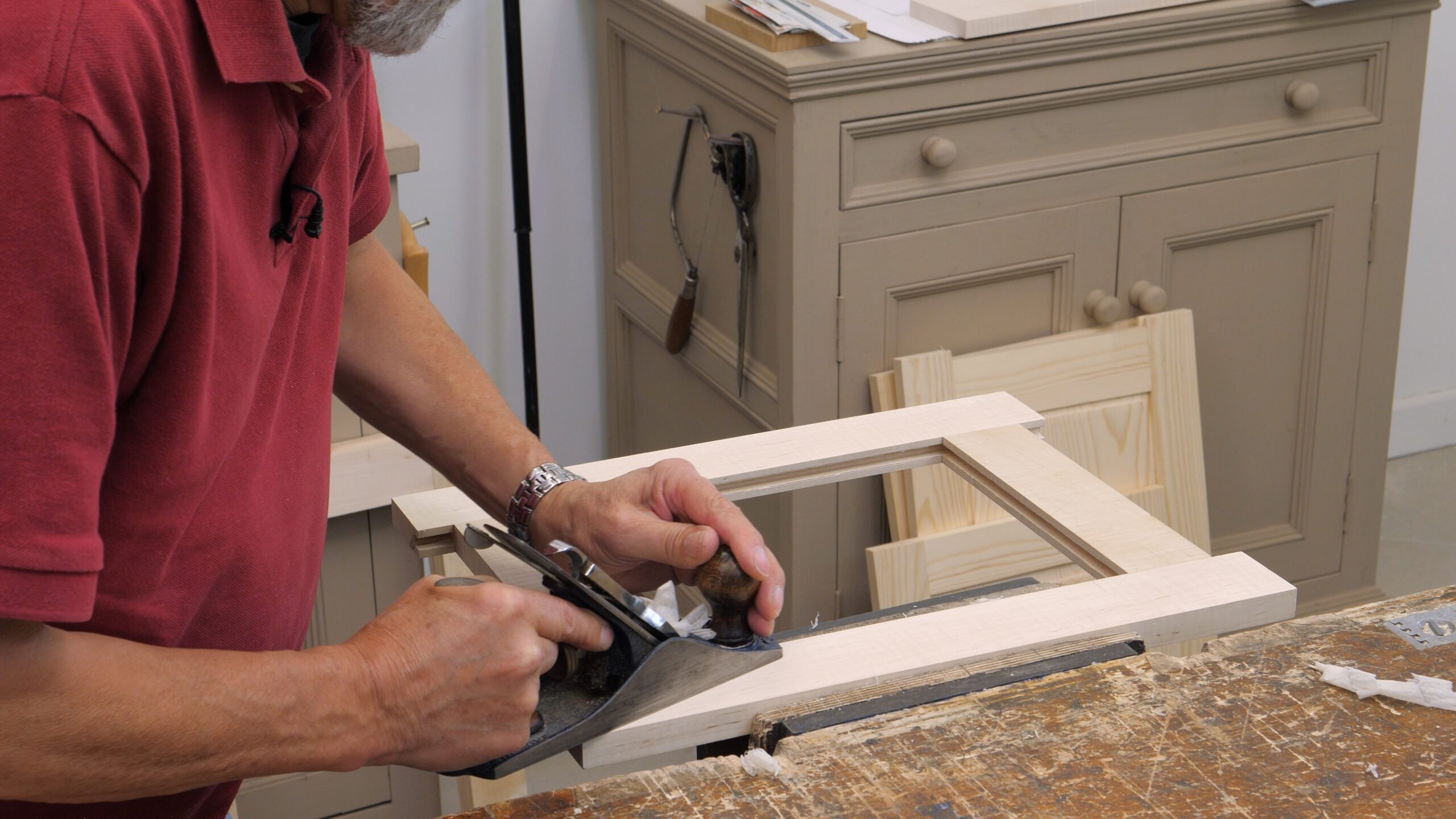 With one side of the panel rebated, the other side is beveled to fit in the ploughed groove. Then the frame comes together, is finessed and glued up.