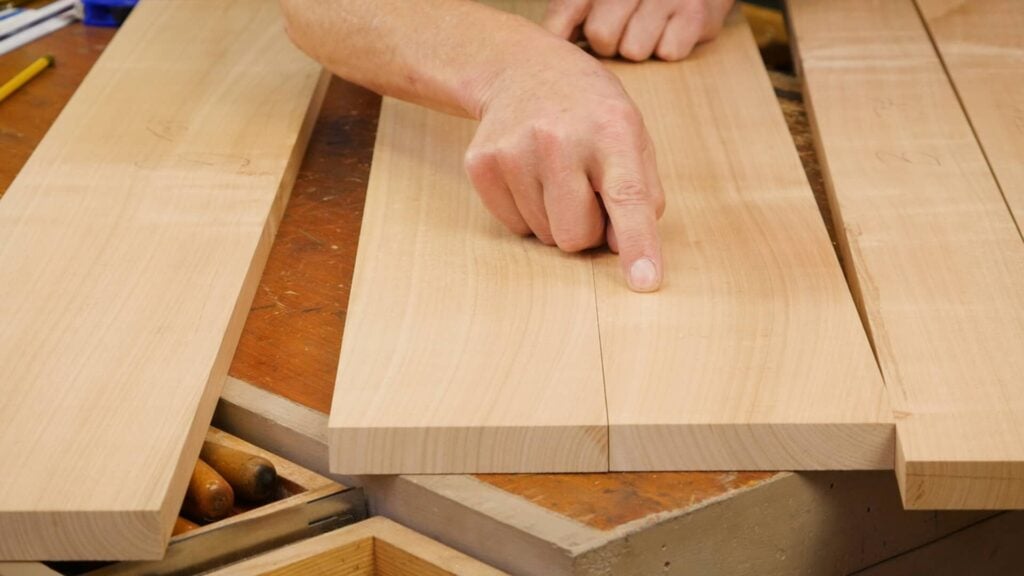 In this first episode of the Chest of Drawers series Paul shows how to pick and prepare the wood for the sides and top of the dresser. Paul discusses his preferences for the exact configuration of the boards that make up the glued panels. He also edge joints and glues up those same panels ready for the first stages of construction.