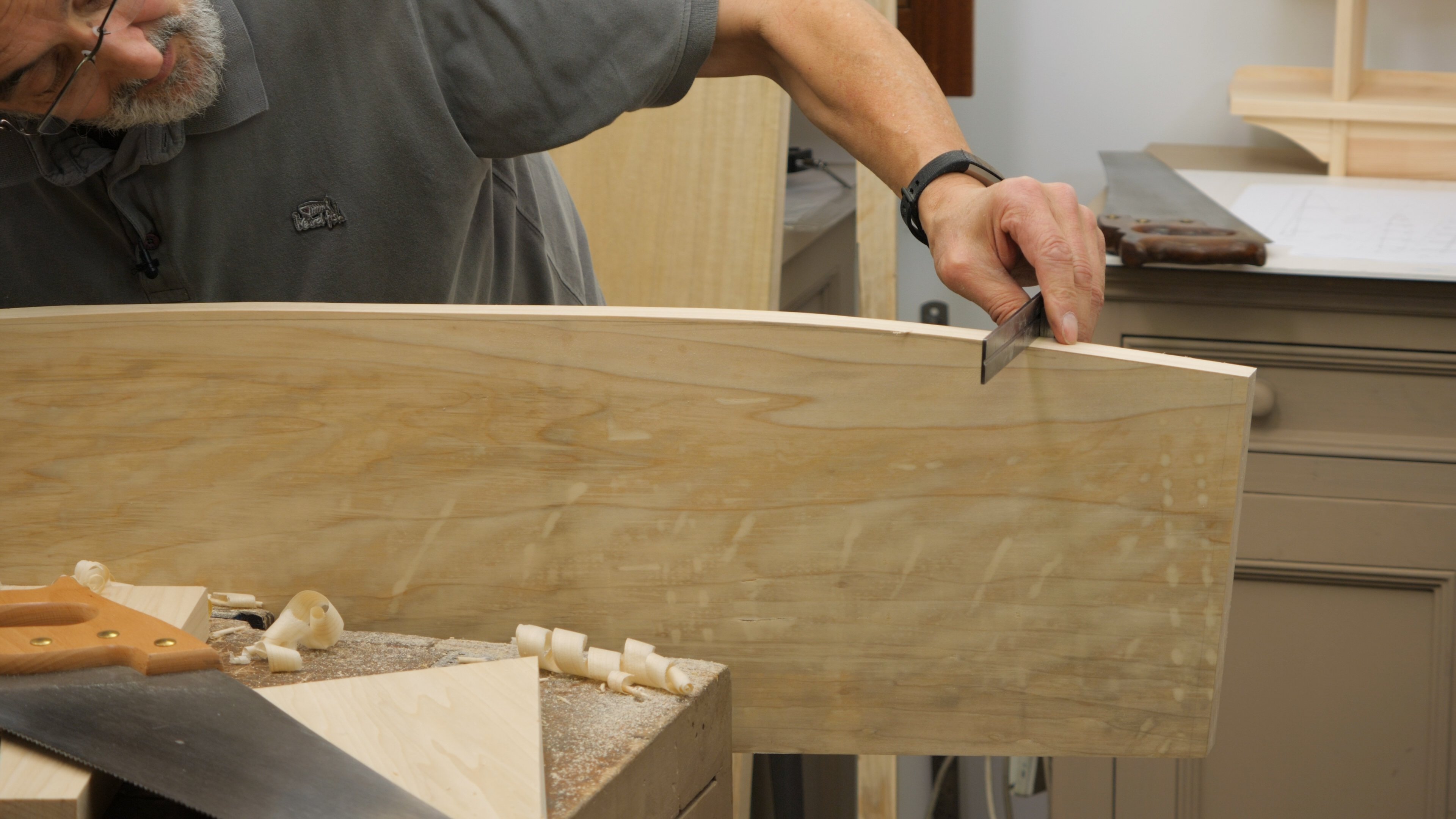 This is an episode in a free series. Want to watch it? It is free to do so, you just need to log into the site, and you can enjoy this video and many other videos we think you will love.

To get started with the leaning wall shelf, Paul discusses the wood and sizing options, then lays out and shapes the sides. The shaping defines the appearance whereas the angled cut on the foot and back of the side determines the leaning angle of the project.