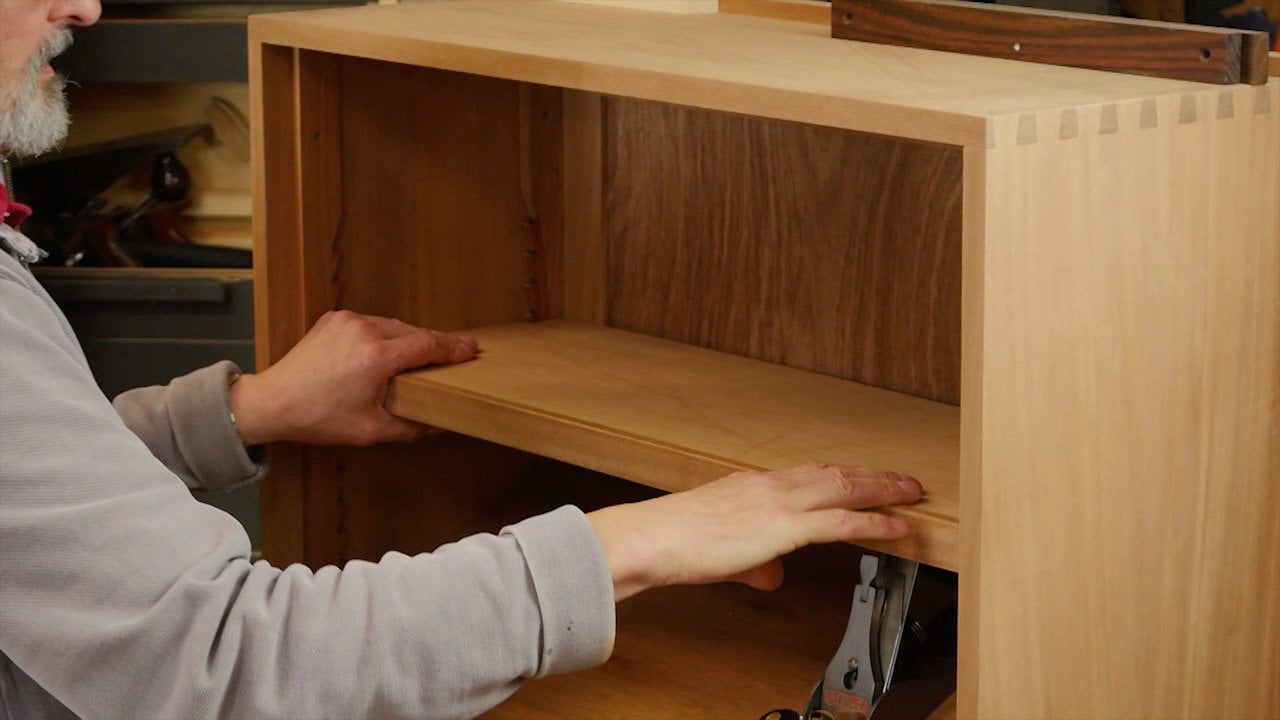 This is an episode in a free series. Want to watch it? It is free to do so, you just need to log into the site, and you can enjoy this video and many other videos we think you will love.

As part of fitting the shelves, Paul cuts a rebated piece to cover the front of his plywood shelf. He then fits the shelf to the cabinet, ensuring it fits around the sawtooth shelf supports. He then fixes the rebated piece and the stops to ensure the shelves stay in place in use. Paul also shows how to fit an optional sloped shelf.