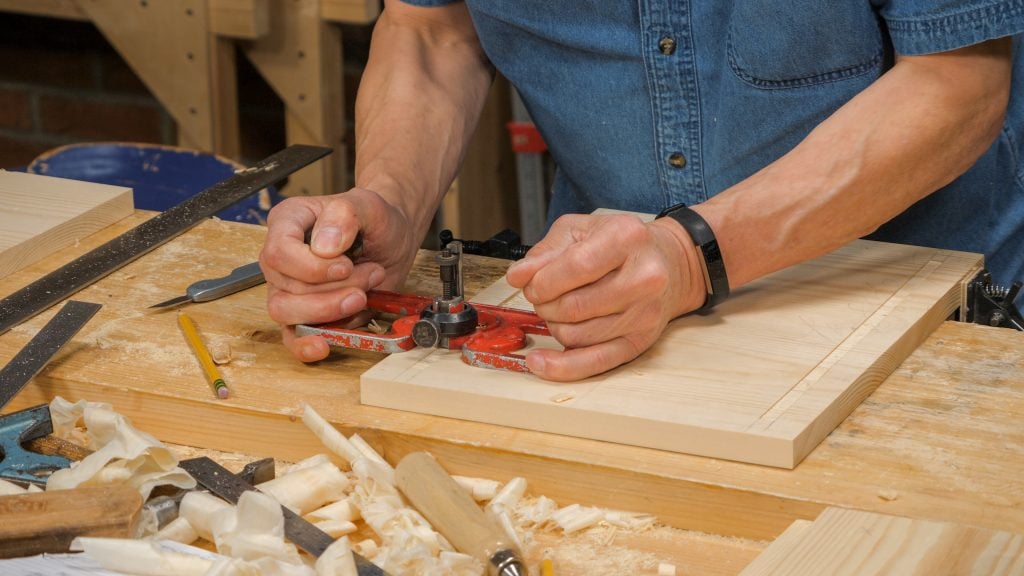 Paul begins laying out the panel sizes for the project and then carefully cuts and squares the sections which will become the top, bottom and sides of the Organiser. He then marks out the grooves which will receive the side panels. Next, Paul works methodically and meticulously to cut the grooves across the grain using knife, router and chisels. In this episode you will see the efficacy of Paul’s knifewall method exemplified and hear the reasoning behind some of the joinery used in this project.